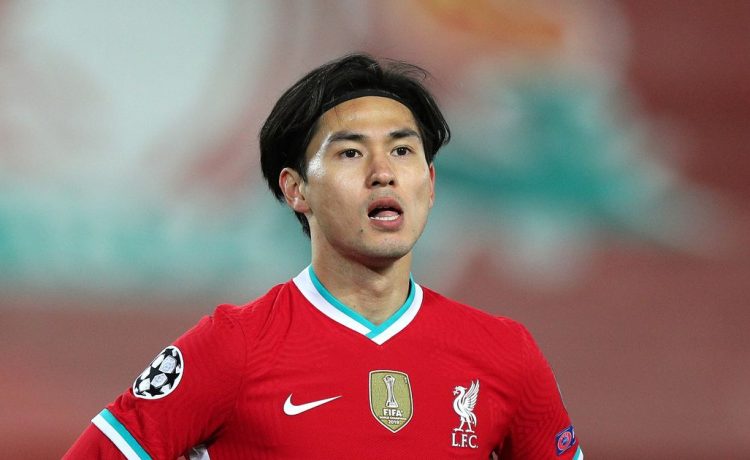 Southampton have completed the signing of Liverpool star Takumi Minamino on loan until the end of the season.

The Japanese forward has barely featured for his parent club this season and finalised a switch late on transfer deadline day after passing a medical.

Minamino has started just two Premier League appearances so far in the campaign and has fallen back down the pecking order behind Divock Origi and Xherdan Shaqiri.

It looked as though he may be given more chances to impress in the first team after scoring in the 7-0 drubbing of Crystal Palace last month.

But since then he has appeared just once in the league off the bench as an 84th minute substitute, having flopped in the FA Cup win over Aston Villa’s kids.

The 26-year-old has struggled to force his way into regular contention since moving to Liverpool a year ago in a £7million deal.

Southampton made an approach on Monday morning to secure a temporary deal, which gives Minamino a chance to prove his worth on the south coast.

The deal is a straight loan swap and does not include an option or obligation to buy clause.

It comes on a busy day of transfer activity for Liverpool, who completed the signings of two defenders on the final day of the January window.

Ben Davies was the shock move of the month as he completed a surprise switch from Preston in a £1.6million deal.

Liverpool are keen to repeat last season’s success – and you don’t want to miss a thing, surely?

From all of Liverpool’s updates to the must-read Reds stories, get them straight to your inbox without fuss by signing up for the fantastic Mirror Football newsletter!

It’s been an extremely interesting start to the season for Jurgen Klopp’s men.

They got their title defence off to a shaky start as they edged out a seven-goal thriller against Leeds, before going on to conceded seven in a hammering by Aston Villa.

Virgil van Dijk’s season was ended by injury in the 2-2 draw at Everton, leaving the title favourites looking far less secure at the back – especially with Alisson’s injury worries too.

But there’s no slowing down in what is going to be a busy campaign – with Klopp ensuring his men continue at full pace as they bid for more title glory.

The easiest way to keep up with everything going on at Anfield? It’s by signing up.

Youngster Sepp van den Berg moved in the opposite direction on loan, but Liverpool were not done there.

The Reds also brought in Ozan Kabak from Schalke on an initial loan deal including the option to buy.

Jurgen Klopp was forced to bring in new additions to help ease his defensive injury crisis and Kabak had been on his radar for some time.

Is Minamino a good signing for Southampton? Have your say below.

Meanwhile Minamino was Southampton’s only arrival in a fairly quiet window.

Ralph Hasenhuttl had been interested in signing Arsenal’s Ainsley Maitland-Niles on loan, but the Gunners’ star was not keen on a move to St. Mary’s due to concerns he would not play in his preferred midfield position.

Instead, reports claimed the Saints tried to land Liverpool full-back Neco Williams on loan but their offer was rejected.