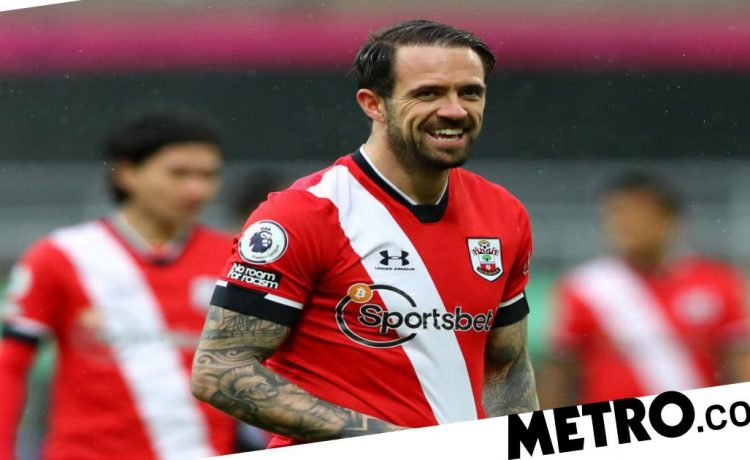 Ralph Hasenhuttl confirms that Southampton are still in talks with Danny Ings over his future as the striker continues to be linked with a move to the likes of Manchester City and Tottenham.

The England striker is out of contract at St Mary’s in the summer of 2022 and reports suggest he is looking for a new challenge and wants to play for a Champions League club.

He would be willing to stay with the Saints but it would take a huge offer from his current club, one that would break their current wage structure.

If a new contract cannot be agreed before the end of this season then Ings is likely to be sold in the summer so Southampton can cash in on the prolific forward, rather than risk losing him for free a year later.

Clearly Hasenhuttl would like to keep hold of the 28-year-old and he has not given up hope as negotiations continue, but he would not speculate on how likely a deal is.

‘We are in negotiations with the player,’ the Saints boss told a press conference. ‘There is nothing more to say about that. If there are any rumours out there, it’s not on me to comment. It’s always coming from the same direction. It doesn’t make sense to comment.

‘Everyone knows that he is an important player for us. He wants to stay with us. There is not a reason to speak about it here with the media.’

Ings scored 22 Premier League goals last season and has seven in 13 games this campaign, so has proved himself to be one of the most reliable strikers in the division over the last couple of years.

His 11 league goals for Burnley back in 2014-15 secured him a big move to Liverpool which never worked out as he suffered serious injury, but he has spectacularly revamped his career on the south coast.

Manchester City have been linked with a move for him as they to fill the gaps left by the injury-prone Sergio Aguero, while Spurs are keen to provide more competition and back-up for Harry Kane.