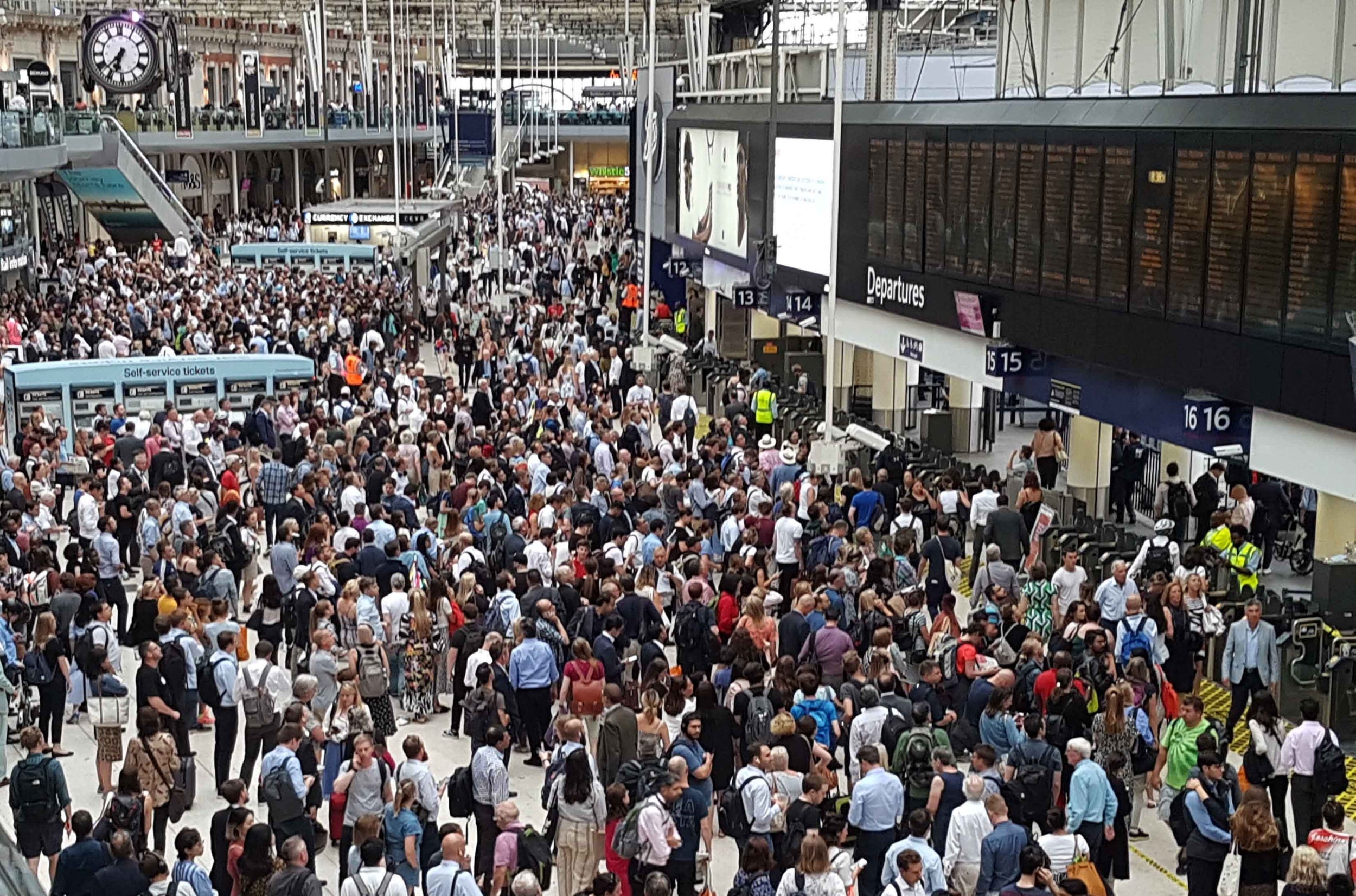 Rail services on some of the country’s busiest lines, including routes from London Waterloo, will be hit by a wave of fresh strikes from Friday until Monday in a long-running dispute over guards on trains.

SWR plans to cancel around half its services – 800 trains a day – until the end of Monday following the latest walkout by members of the Rail, Maritime and Transport Workers (RMT) union.

Strike maps on the operator’s website show significantly reduced services running to and from stations including London Waterloo, Clapham Junction and Woking today and tomorrow.

Services from Bristol Temple Meads and a route between Reading and Basingstoke have been cancelled entirely.

The only line to expect a normal-running service is the Isle of Wight’s eight-stop Island Line.

SWR, which runs services in London and Berkshire, Surrey, Hampshire, Dorset, Devon, the Isle of Wight and Somerset, has been in locked in a dispute with the RMT since November 2017.

The union has accused the operator of “rowing back on their public pledges” about the future function of guards.

The operator said it was “committed to finding a solution” to the dispute and pledged to do “everything possible” to keep customers moving over the four days, adding that 50-60 percent of the normal timetable will run.

Reading Pride and the annual Bournemouth Air Festival are among the weekend events that could be affected by the strike.

A spokeswoman for the air show, which began on Thursday and attracts up to one million people each year, told the BBC: “Obviously we’d like people to take public transport so it’s a bit of a shame, but we do work closely with South Western Railways and they’ll be committed to helping where they can.”

At the start of SWR’s last strike in June, commuters described their journeys as “utter madness” and a “total mess”.

RMT general secretary Mick Cash said members had no choice but to continue the action because of the company’s “unremitting failure” to rule out driver-only operation.

“They are angry and frustrated that SWR have kicked talks into the long grass and failed to bolt down an agreement that will guarantee the role of the guard on the train,” he told the BBC.

“Our members believe that they are being mugged off by the company in protracted talks.”

SWR said: “The RMT has always said it wanted us to keep the guard on every train which is what we have offered as part of a framework agreement.

“We want to move the conversation on to how we operate our new trains and take advantage of the new technology on board to benefit our customers.”

Over the next four days, the walkout of hundreds of guards will disrupt services that carry more than 100,000 passengers a day.

READ  Family holidays in February half term 2020 – including 7 nights in Algarve for £128pp
Share on FacebookShare on TwitterShare on PinterestShare on Reddit
newsgrooveAugust 30, 2019