South Western Railway is facing renationalisation after transport secretary Grant Shapps said the operator of one of the UK’s biggest train franchises was financially “not sustainable”.

Mr Shapps used a written ministerial statement to warn that the transport department was preparing “suitable contingency measures” because the company was making “significantly” less money than anticipated and would therefore not be able to continue in its current form.

The state of the operator is part of a wider crisis in the rail franchising system and comes just days after Mr Shapps announced that the Northern franchise was close to running out of money and could be nationalised within weeks. Meanwhile, the Scottish government announced last month it would end the ScotRail contract three years early, in 2022.

The transport secretary said he had asked the South Western franchise operator — owned by a consortium led by First Group — to submit alternative proposals for the future of the line, which could involve a short-term contract on new terms. At the same time he has asked the state-owned rail company, called the “Operator of Last Resort”, to draw up detailed plans to run the line.

Mr Shapps is expected to decide by March between those two options for the future of the franchise, which involves running 1,850 trains daily between London and a swath of the region from Surrey to Devon.

South Western Railway, which only took over as operator two years ago, admitted two weeks ago that it was on track to collapse within 12 months after making an operating loss of £136.9m in the year to March 2019. At the time it blamed delayed track upgrades, timetabling problems and strikes organised by the RMT union.

The East Coast line was taken under government control in May 2018 after the removal of Virgin Trains and is now operated by state-owned London North Eastern Railway.

Mr Shapps is considering whether to nationalise Northern by the end of January amid chaotic delays and cancellations.

At least another two of the 17 franchises — Transpennine Express and West Midlands — in addition to South Western, are facing problems as a result of repeated government failures to deliver on infrastructure upgrades, delays in the delivery of new rolling stock and industrial action.

Ministers are poised to publish a review into the network by Keith Williams that is likely to recommend an end to the existing franchise system. Mr Williams is expected to call for a system of management contracts whereby the company collects fares and pays the government depending on whether it meets various targets.

The current system has been criticised because the Department for Transport has encouraged aggressive bids from train operators to maximise the amount of revenue received — leading to companies making over-optimistic assumptions about passenger growth.

At present, many operators are struggling because of stretching passenger targets at a time of flatlining passenger growth.

The review by Mr Williams, former chief executive of British Airways, was commissioned 15 months ago but has been delayed since the autumn because of the election.

Mr Shapps said in his statement that South Western’s “recent financial statements have indicated that the franchise is not sustainable in the long term”. He added: “Poor operational performance combined with slower revenue growth has led to the financial performance of SWR to be significantly below expectation since the franchise commenced in August 2017.”

READ  Coast Capital gets backer in shareholder rebellion at FirstGroup 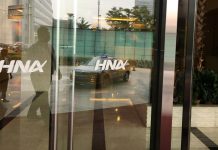 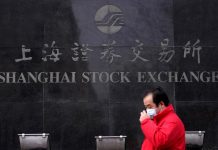