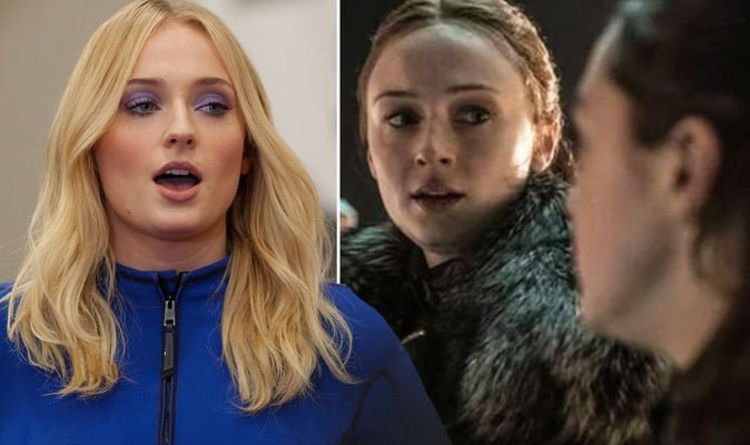 Game Of Thrones beauty Sophie Turner, 23, gushed about a personal note left by her fiancé Joe Jonas, 29, in view of her 10 million followers today. The Sansa Stark actress took a picture of the sweet offering left on her bathroom mirror, which read: “I love you bub! I am so glad you are back. J.”  She shared the cute snap with the caption: “Best way to wake up,” followed by: “I love you too @JoeJonas.” Sophie’s upload comes shortly after the highly-anticipated Battle of Winterfell was aired in episode three. of Game Of Thrones season 8.

The brunette beauty beat the odds by attacking the Night King although her fate on the show remains unclear.

Following the intense scenes, Sophie took to her social media story to comment on her on-screen sibling’s antics.

In view of her 2.13 followers, she commented: “Prepare yourself #BattleOfWinterfell.”

She also shared her thoughts on a preview from the episode, writing: “Ohhhhhhh s***.”

The blonde beauty took time out of the Dark Phoenix photocall to joke about a chat she had with a journalist alongside her co-star Jessica Chastain, 42.

The latter told Sophie’s followers: “Sophie just made this journalist blush about her sex tape.”

Smirking, she replied: “My sex tape check it out,” followed by the stars clinking their beverages together.

Her flippant admission comes after she spilled details about her impending wedding day to Jonas Brother star Joe.

While she didn’t say too much about their big day, Sophie told Harper’s Bazaar UK her and Joe could “maybe” tie the knot this year.

Speaking to publication: “We’re trying to keep it as low-key as possible. So it’s more of an intimate thing.”

The duo first met in 2016 after Joe sent Sophie a direct message on Instagram. They confirmed their engagement in 2017.

Game of Thrones season eight continues next Sunday on HBO and Sky Atlantic on Monday at 2am.