Sophie Ellis-Bextor admits she struggles with 'guilt' as a mother

The singer and mother-of-five, 40, spoke candidly about juggling life as a working mum and wife as she graced the cover of Red magazine’s December issue.

But Sophie went onto say that despite her battles with so-called ‘mum guilt’ she finds that working alongside raising her family makes her feel like ‘a better mum.’ 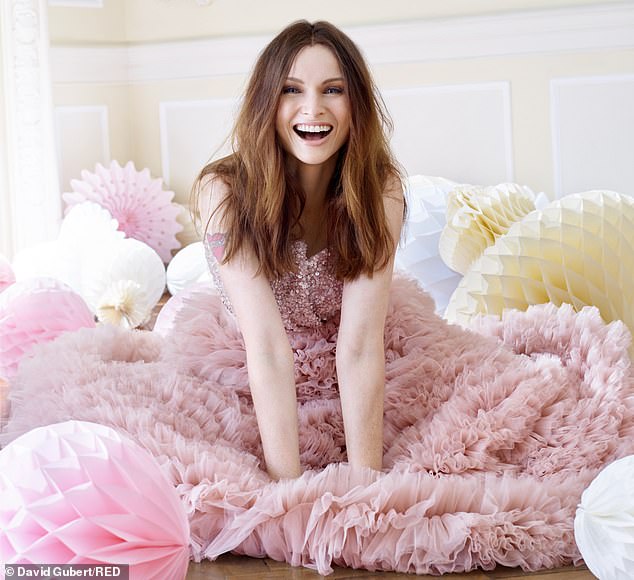 Candid: Sophie Ellis-Bextor, 40, has candidly spoken about struggling with ‘guilt’ as a wife and mother, as she graces the issue of Red magazine’s December Issue

Sophie has been married to husband Richard Jones since 2005, and they welcomed their fifth child, a son Mickey, in January.

When asked about the secret to her lengthy marriage, she said: ‘When I got married, my mum [Janet Ellis] said, ”Be selfish about your marriage and if you have a choice about what to be doing with your time, pick doing something with Richard.”

‘When you’re a mum, you feel guilty about everything. If we’re going to have a night out, it alleviates that feeling because sometimes you do need to go out and spend time with each other.’ 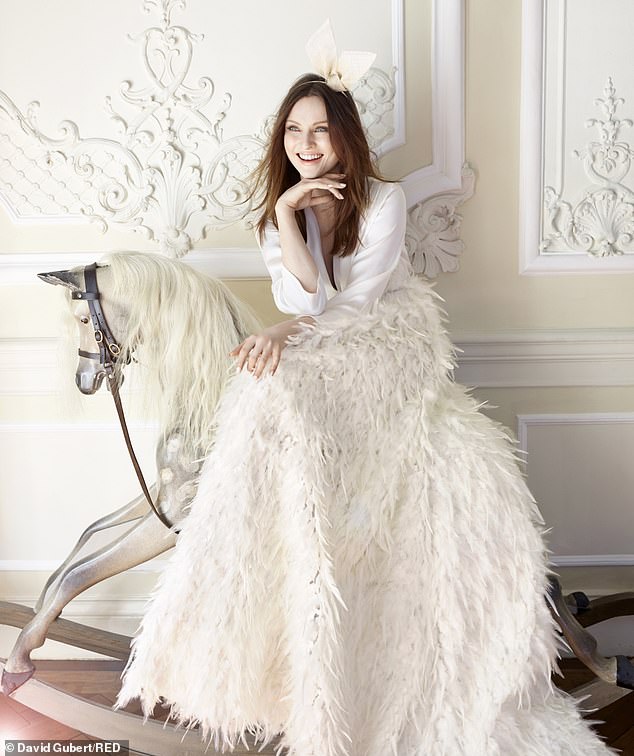 Open: The singer said that despite the guilt she finds that working makes her a ‘better mum’ as she stunned in a feminine shoot for the publication 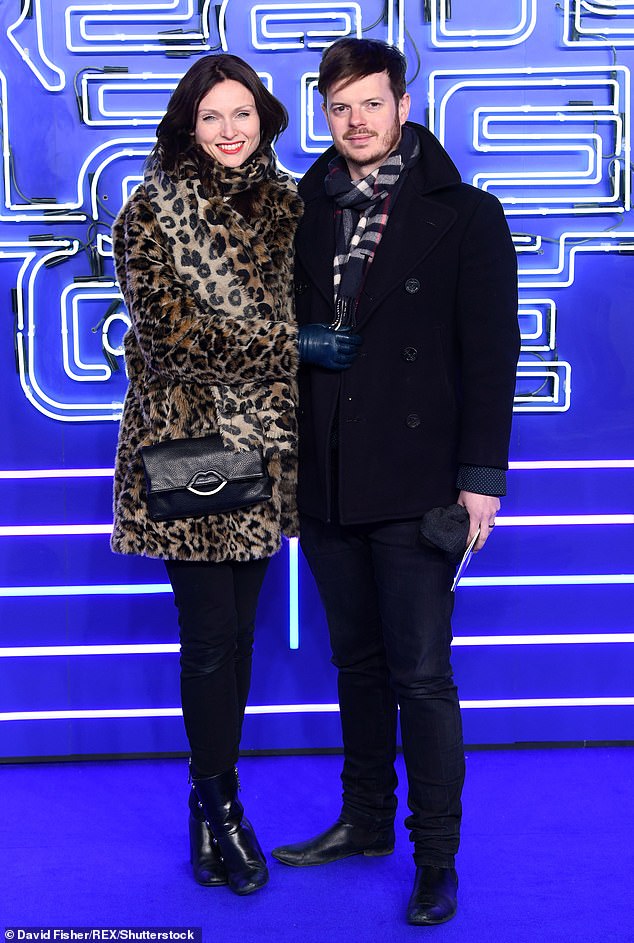 Together: Sophie has been married to husband Richard Jones since 2005, and they have five sons together

Speaking about juggling life as a working mum, Sophie said: ”A lot of working mums end up trying to be all things to all people. In our house, if I say I’m working, at least two of the kids get really cross with me, like, ”Why don’t you tell them you can’t sing?” I say, ‘You have to stop punishing me for what I do. I love what I do.”

‘I don’t want to make it about money. I say it’s good for feeling purposeful, for giving me something I love to do. Working definitely makes me a better mum.’

Since becoming a mum again, Sophie joked that little Mickey has become the ‘mascot’ for the family, saying: ‘Mickey’s like our family mascot. He just sits there in his highchair, grateful whenever anyone makes eye contact.

‘But now he’s nine months, and I’m back to work properly and not always bringing him with me everywhere, it’s like, ”Okay, logistics.” But, it’s doable. It’s fine. We’ll make it fine. He’s here now.’ 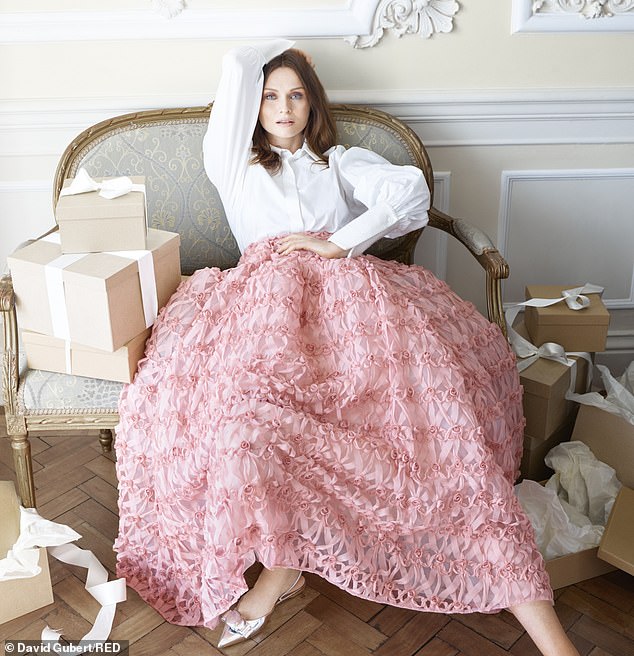 Stunning: Sophie explained that since giving birth to her fifth child Mickey in January, the tot has become the ‘family mascot’

Ahead of the festive season, Sophie also said that Christmas is nothing short of chaotic in her household, with all manner of family members coming to her home for the annual occasion.

She said: ‘It’s big! A big family thing, usually held at our house. My mum, stepdad, brother, sister, brother’s girlfriend, Richard’s folks, his brother, they all come to us.

‘And some stragglers, too. We always do a conga around the house, chanting, ”Here comes the Christmas pudding,” to the tune of For He’s A Jolly-Good Fellow.’ 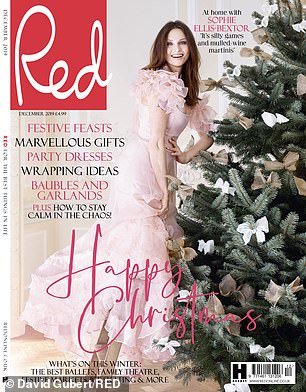 The December issue of Red is on sale from 30th October

Sophie also reflected on her illustrious music career during the interview, saying: ‘I thought, when I was in my first band, that I was just going to have a good story to tell my kids, you know, ”Oh, I was once in a band.”

‘I never thought I’d be lucky enough to maintain a long career because if I’d learned anything by the time I was 20, it’s that you don’t always have a say in what goes on!’

‘Not long after I signed my solo deal, I was working with [Blur bass player] Alex James, who I did some writing with, and I remember him saying that no one’s career is a straight trajectory up, it’s always peaks and troughs.

‘It was such a good thing to hear. It allowed me to not lose my head when things didn’t go as I wanted.’

The December issue of Red is on sale from 30th October. 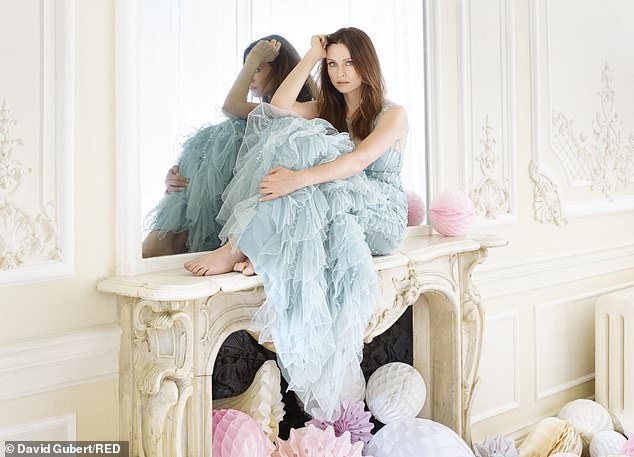 Gorgeous: Ahead of the festive season, Sophie also said that Christmas is nothing short of chaotic in her household with all members of her large family in attendance

The Twilight Zone Season 2 Episode 5 Review: Among the Untrodden

Rihanna calls for justice for Breonna Taylor: “Her killers are at home watching Netflix”

Video games and racism, is the link too tenuous? – sportsmax.tv

Chin chin! The easy summery cocktails to make at home this weekend