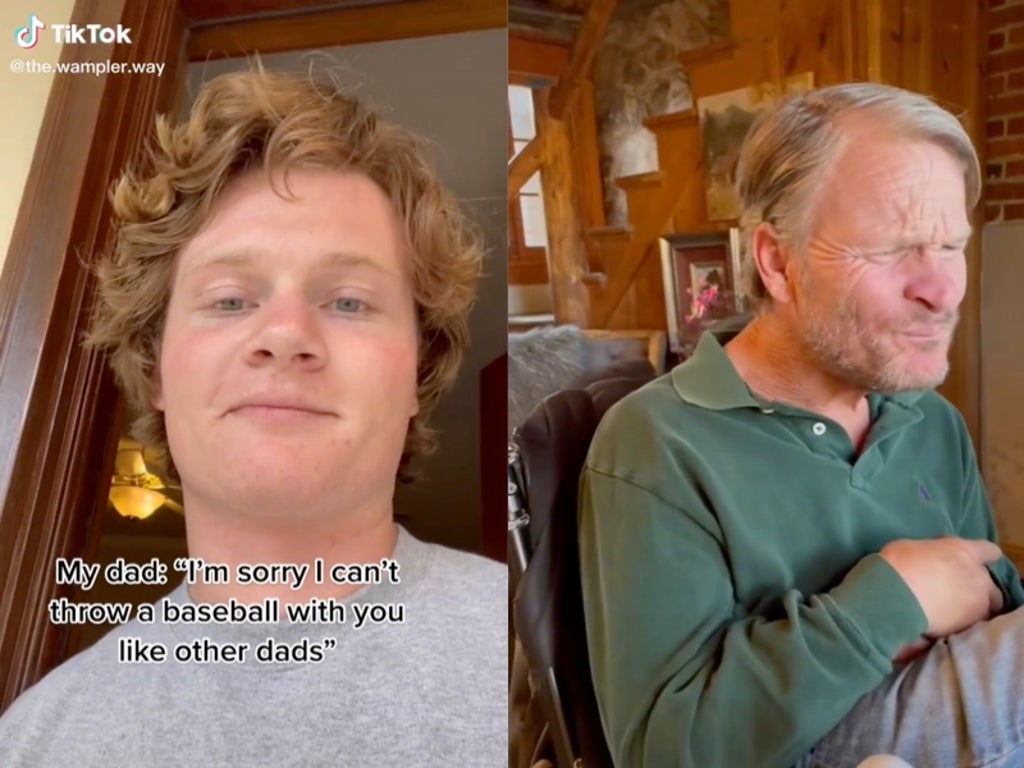 The son of a man with cerebral palsy has shared his father’s emotional reaction to a video he made reminding him that he is “enough” just as he is.

According to Joseph Wampler, the son of Stephen J Wampler, who has cerebral palsy and who, along with his wife Elizabeth, started the Stephen J Wampler Foundation as a way of helping children with disabilities become active in the outdoors, his father once apologised for not being able to throw a baseball “like the other dads”.

However, in a video uploaded to TikTok last month under his username @the.wampler.way, Joseph reminded his father that he is “enough”.

The heartwarming clip began with a shot of Joseph, along with a quote from his dad who had told him: “I’m sorry I can’t throw a baseball with you like the other dads”.

The viral video prompted Joseph to create another TikTok capturing his father’s reaction to the gesture, which has since been viewed more than 12.9m times.

In the clip, Joseph explained: “This is a video I made for my dad yesterday, and right after his reaction”. He then replayed the initial clip before transitioning to footage of his father’s emotional response to the video, with Stephen appearing noticeably touched by his son’s heartfelt reminder.

In the comments, many viewers revealed that they were also moved by the sweet gesture, with one person writing: “And here comes my tears. I love this so much.”

“Now I’ve cried twice! Thanks for sharing his reaction,” another person commented.

Stephen, who is frequently featured on the family’s TikTok account, has dedicated his life to helping others with disabilities discover their capabilities. In addition to his and his wife’s foundation, he also founded a camp in Lake Tahoe for kids with physical disabilities called Camp Wamp and, in 2010, became the first person with cerebral palsy to climb El Capitan mountain in Yosemite National Park, according to the foundation’s website.