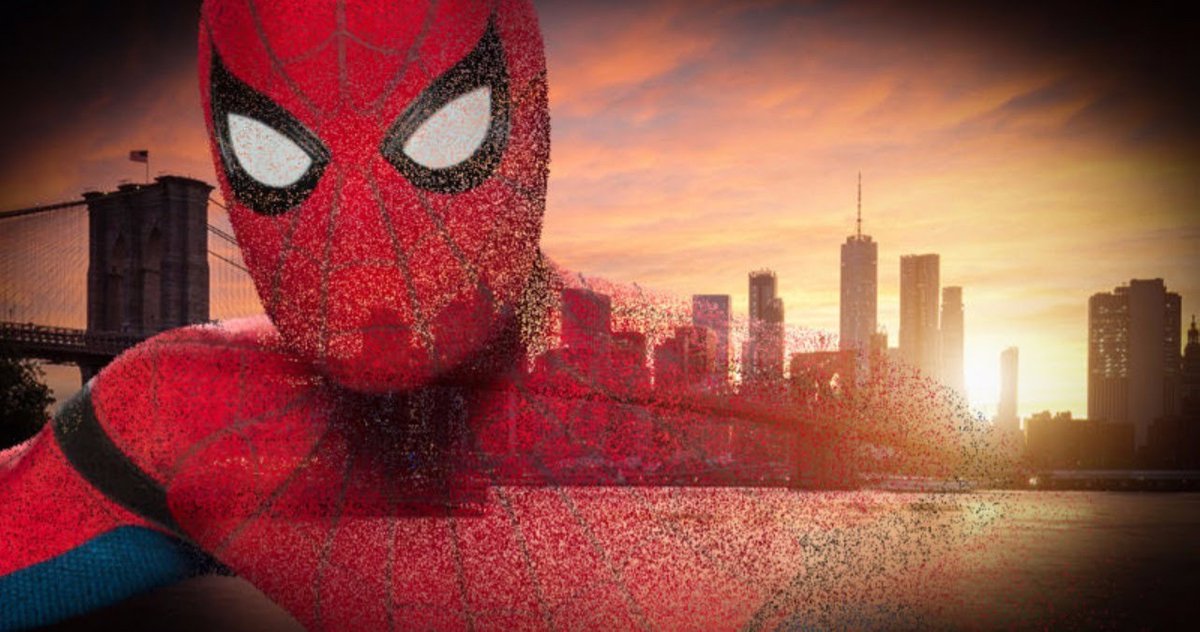 Nobody wants to see Tom Holland leave the Marvel Cinematic Universe. Fans have been distraught over the news since it dropped last week and now some of Holland’s MCU co-stars are weighing in on the situation. Hawkeye star Jeremy Renner was the first one bring it up publicly last week when he pleaded with Sony to keep sharing Spider-Man with Marvel Studios. Now, after the D23 Expo, some other MCU stars are having the same reaction, while others are using humor.

Scarlet Witch actress Elizabeth Olsen is definitely not happy about the news. The actress was at D23 to promote the WandaVision series with co-star Paul Bettany. While Olsen is bummed about losing Tom Holland, Bettany pretended to cry and said, “Yeah, I can’t talk about that.” Olsen had this to say.

“That’s so sad. It really is sad. (He) is the greatest Spider-Man to me… He actually has that youthful energy and the ability, physically and emotionally, and he’s just been incredible. And it’s been really lucky that we’ve been able to work with him, and I think it’s a big loss, and it’s really too bad.”

After Elizabeth Olsen talked about the Marvel Studios and Sony falling out, she then mocked the idea of fans starting a petition to save Tom Holland. The actress must have been unaware that a petition was one of the first things fans collectively got together to do when the news broke. Over 130,000 Marvel fans have signed so far.

Anthony Mackie and Sebastian Stan took a bit of a different approach to responding to the Tom Holland news. Mackie and Holland have a fake rivalry going on and the Falcon actor isn’t about to give that up now. “We will always have little Tom right here, right here,” Mackie says, rubbing his heart. “Love you little Tom.” Stan then jumped in with a song singing, “Tom, you are always on my mind. You are always on my mind,” as he pointed at the camera. Looking at their relaxed attitudes, Stan and Mackie don’t seem to concerned about it, much like Tom Holland. Hopefully this means that a deal will be reached in the near future.

READ  Birds of Prey trailer: Is there a trailer for new DC Harley Quinn movie?

Related: Did Dark Phoenix Failure Have Anything to Do with the MCU Losing Spider-Man?

Jeff Goldblum was unaware of the drama and said he was “crestfallen.” Happy Hogan actor Jon Favreau also weighed in on the subject and is still being cautiously optimistic about the whole thing. He again noted we shouldn’t always believe what we read. With that being said, Marvel Studios boss Kevin Feige certainly made it seem like Tom Holland’s time in the MCU is up. The studio boss says he’s grateful they were able to share the character for as long as they have. Regardless, the fans are still having a hard time with the whole situation and are hoping it gets resolved, even though it appears to be a done deal. You can watch Elizabeth Olsen, Paul Bettany, Anthony Mackie, Sebastian Stan, Jeff Goldblum, and Jon Favreau react to the news below, thanks to the Variety Twitter account.

The stars of #Marvel explain why they want Spider-Man to stay in the MCU https://t.co/KlLdAccZr8pic.twitter.com/GKARJW4qny