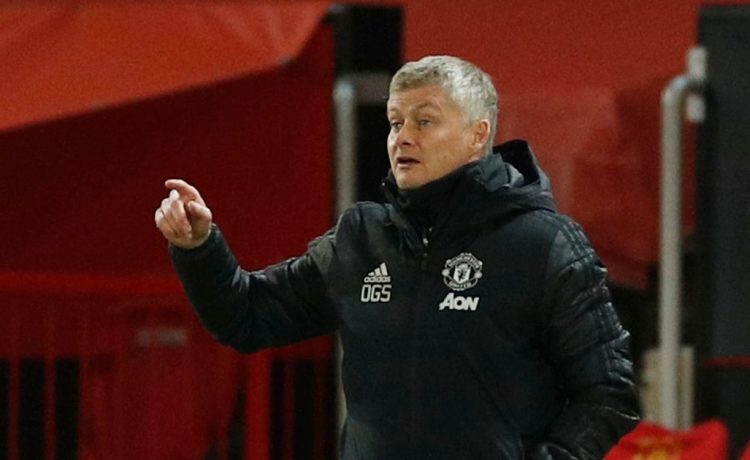 Ole Gunnar Solskjaer concedes his Manchester United players needed “digging out” as he sought a reaction from Thursday night’s draw with AC Milan.

The Italians grabbed a stoppage time equaliser in their Europa League tie and now hold a slender advantage ahead of the return leg this week.

United though responded well as they battled to a 1-0 win over West Ham.

Their defensive structure restricted the Hammers who rarely troubled Dean Henderson in goal.

His x-rated rant demanding more of his right-back, but Solskjaer has no issue with it.

“They all needed it,“ the Norwegian told the BBC.

“Either digging out or calming down. Maybe it was more calming down, because I know the attitude was there.

“We wanted so much to recover from what happened on Thursday night with the last-minute equaliser from Milan.

“The attitude was spot-on – just calm down and trust yourselves. Dean Henderson did not have a save to make and I guess that is a good sign.”

He went on to say: “It is always hard in the Premier League, but I felt we controlled the game quite well after the first 15 minutes.

“We didn’t start well and couldn’t find a red shirt but the attitude is always there. We built pressure and momentum and had enough chances in the end. We earned the spaces.

“We worked really hard from the front tirelessly. Spaces opened up and then we can see the quality in our players.”

United have now kept four league clean sheets on the bounce for the first time under Solskjaer.

Henderson was in goal for shut outs against Manchester City and Crystal Palace.

David de Gea was in between the sticks for the goalless draw at Chelsea.

Solskjaer is fortunate to have two excellent goalkeepers at his disposal but that is set to create a problem.

Henderson was afforded a run of games while De Gea returned to Spain to be with his wife for the birth of their first child.

He is now back in the country and was due to return to training on Monday.