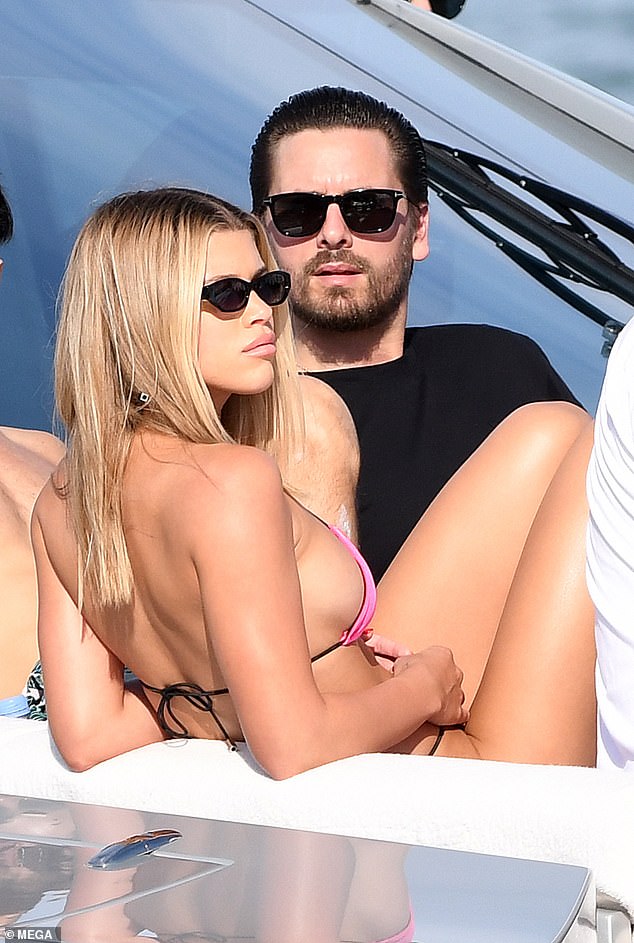 The duo have not been seen together since they dressed up as Barbie and Ken on Halloween.

And on Monday afternoon, Sofia Richie and Scott Disick were finally seen together while enjoying a yacht outing in Miami with pals.

The 21-year-old model flaunted her incredible physique in a tiny pink bikini as she stuck close to her boyfriend Scott, 36.

Reunited: On Monday afternoon, Sofia Richie and Scott Disick were finally seen together while enjoying a yacht outing in Miami with pals 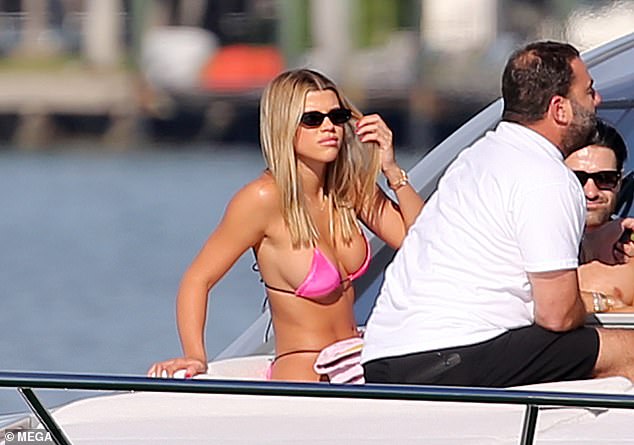 Fit: The 21-year-old model flaunted her incredible physique in a tiny pink bikini as she stuck close to her boyfriend Scott, 36

Sofia has been dating Scott since 2017 and it appears that they live together.

She has seemed to fit into his life easily as she befriended not only his ex Kourtney, with whom he has three kids, but also Kylie Jenner.

Scott and Sofia are usually photographed together weekly, but not this month – until Monday.

One day earlier, Sofia treated her nearly 6M Instagram followers over the weekend with a a pretty pinup photo herself. 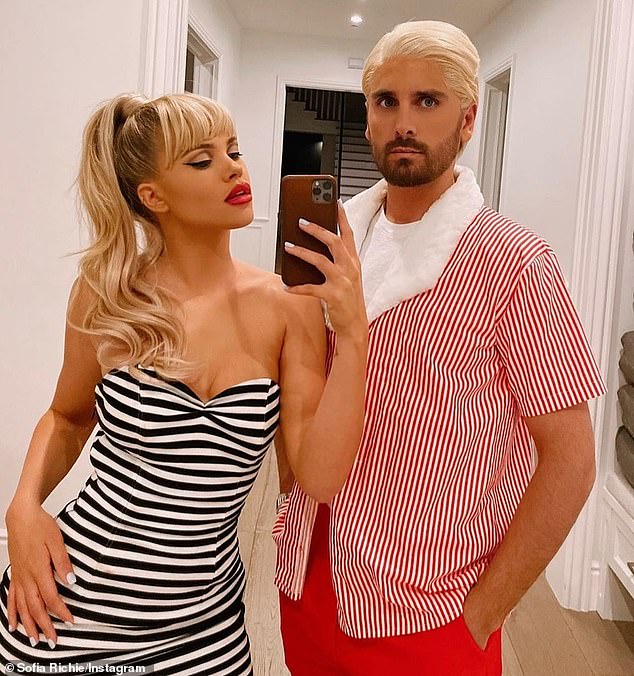 Earlier this year: Sofia and Scott Disick were last seen together on Halloween when they dressed up as Barbie and Ken 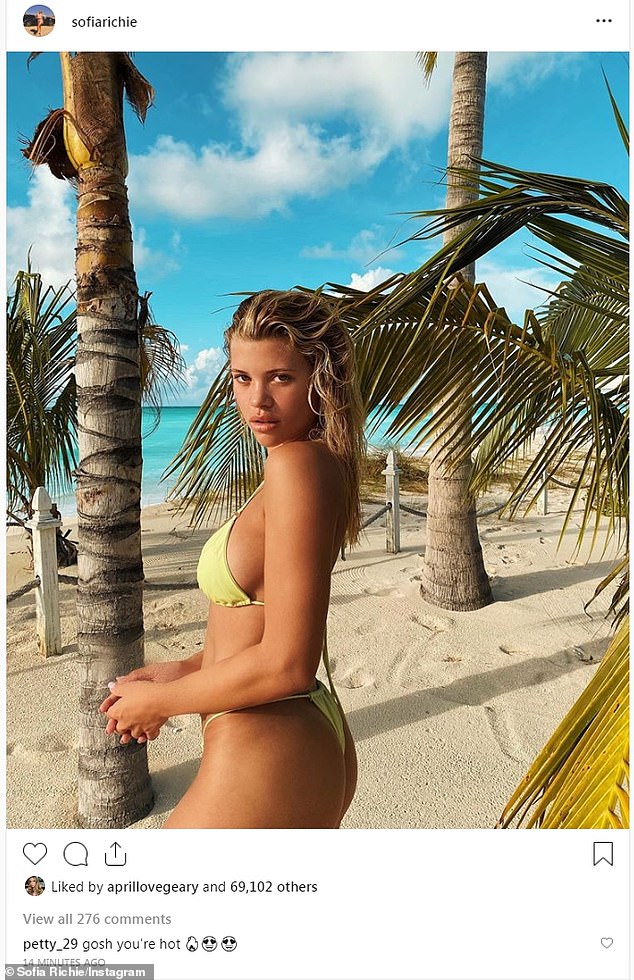 Heating up social media: Sofia shared a pretty pinup photo on Sunday where she had on a string bikini while on the beach

Kourtney may have hinted Scott made a mistake with Sofia when she posted last week: ‘Not everyone is coming to the future because not everyone is learning from the past.’

Richie also shared several bikini images last week. ‘Take me back,’ she said alongside a bikini photo with a handful of other snaps.

While she continues to reminisce on her beach getaway, she just recently returned home from another trip but this time, from Houston, Texas. 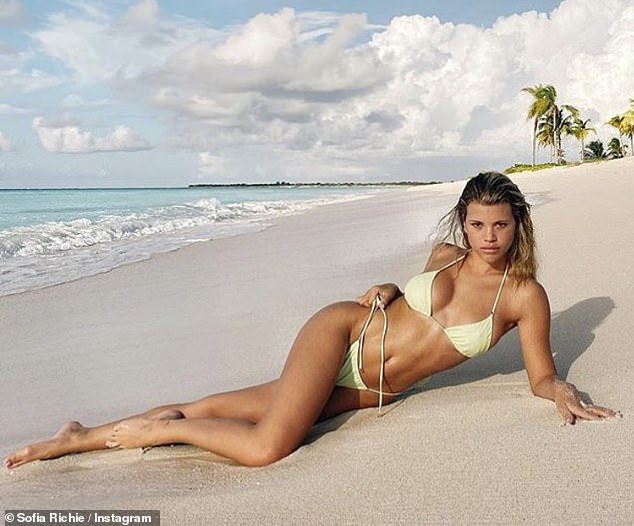 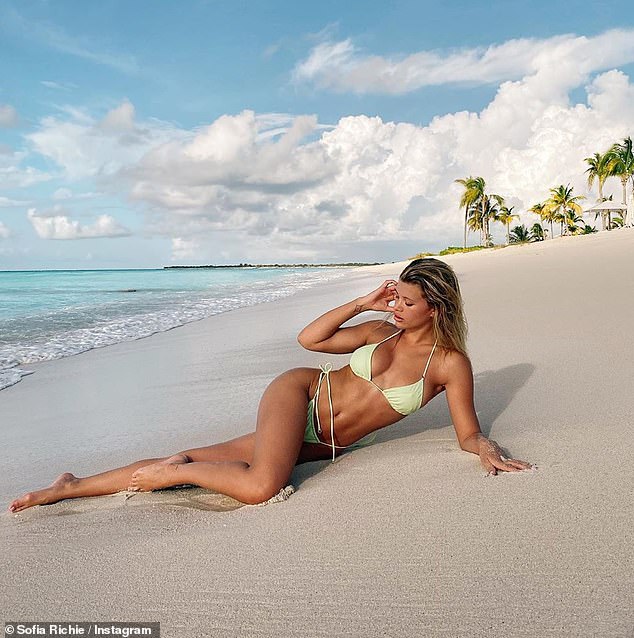 Looking good: She wore a barely there light-colored bikini with the strings draping down her toned stomach

While her best friend Jenner, 22, attended to support her ex Travis Scott along with their daughter Stormi.

The girls seemed to have a big of fun on their own as she were also joined by Kylie’s other good friend, Anastasia ‘Stassi’ Karanikolaou.

‘Making memories with my besties,’ Kylie wrote in the photo surrounded by her best friends. 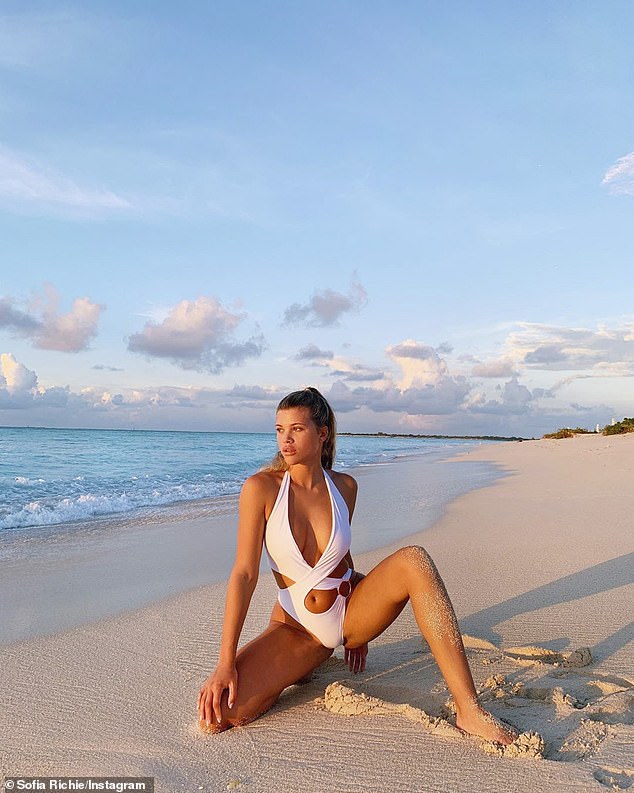 Another day, another suit: Here she had on a white one piece for another set up

Sofia and the makeup mogul have reconnected recently after being seemingly distant for awhile when Sofia started to date Scott.

The two have been dating for two years, but Scott still remains close to his ex girlfriend Kourtney Kardashian and their three kids together, Mason, Penelope, and Reign.

Back in 2017 rumors started to swirl that the two were beginning to grow close to one another and going on dinner dates to Nobu. 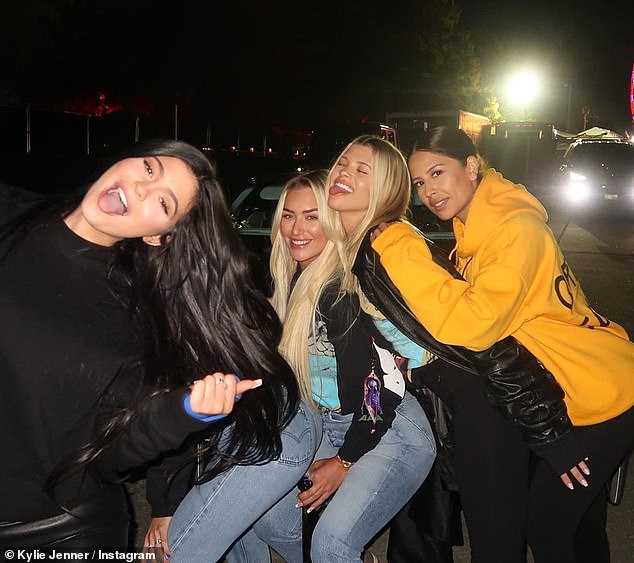 Friends: Sofia joined her good friend Kylie Jenner and others while out in Houston, Texas for Travis Scott’s performance

READ  NTAs 2020: How to vote in the National Television Awards NOW

Months after the speculation, they were spotted out together and made their relationship Instagram official just shortly after.

Later that year in December the two made their debut as a couple at the DuJour magazine event in Miami.

Sofia has since grown close to the family and began hanging out with Scott, Kourtney, and the kids and even went to Aspen for New Years with the family.

Sofia has also been seen in his new reality show Flip It Like Disick and later said that they were home hunting together. 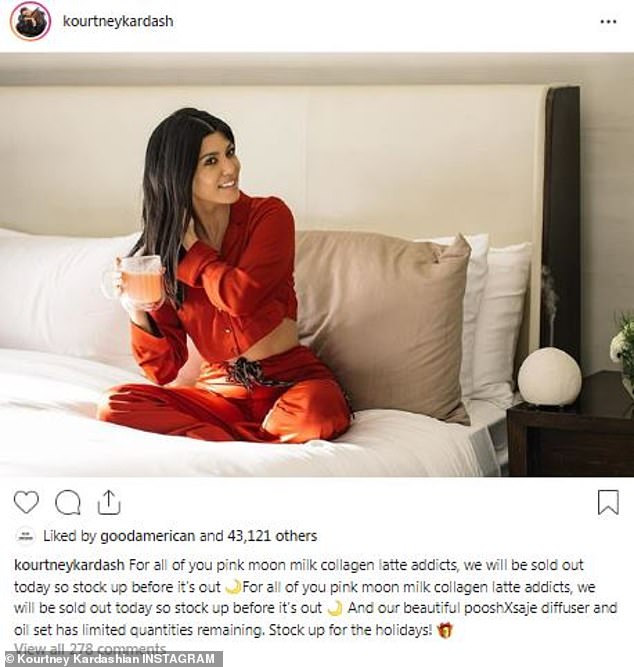 Pal: Sofia has since grown close to the family and began hanging out with Scott, Kourtney, and the kids and even went to Aspen for New Years with the family. Kourtney seen last week