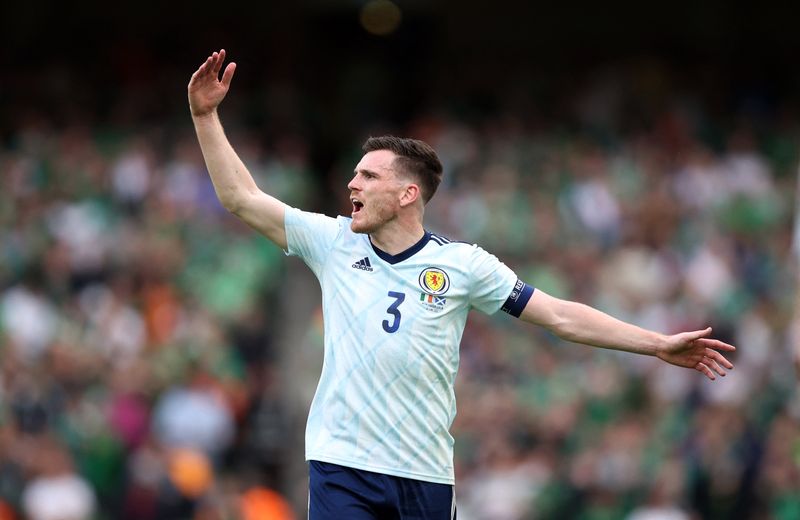 (Reuters) – Scotland captain Andy Robertson said supporters were right to air their frustration with boos after his side lost 3-0 to Ireland in a UEFA Nations League match.

The defeat comes days after Scotland’s hopes of reaching Qatar were brought to an end by a 3-1 World Cup playoff defeat to Ukraine.

“We weren’t good enough,” Robertson told Premier Sports. “We’ve now said that twice in 10 days. We’ve let the manager down, that’s what’s so disappointing for us. Every one of us lost our individual battles.

“The fans behind the goal, booing us off were completely correct. That performance is nowhere near good enough in a Scotland jersey.

“We have to hit the reset button because everything was good last year. This year, the performances haven’t quite been up to scratch as yet. We need to get back to being consistent. I thought last year that’s what we were really good at.”

The Irish moved two places up to second in League B Group One standings while Scotland, also on three points, dropped to third. Ukraine, who beat Armenia 3-0 in the other group match, remain top of the group.