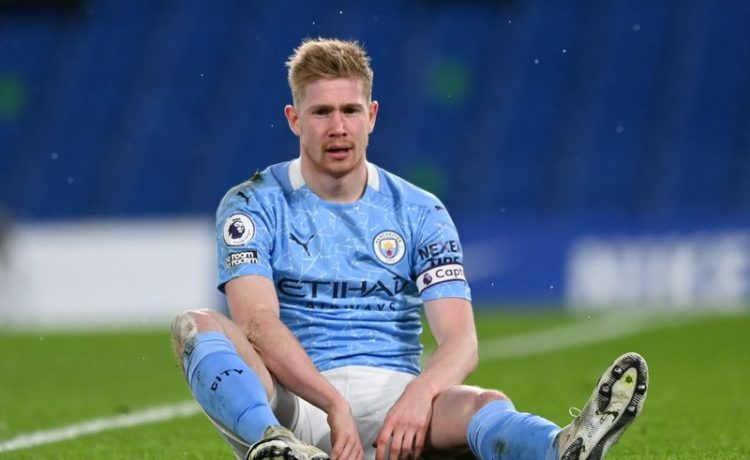 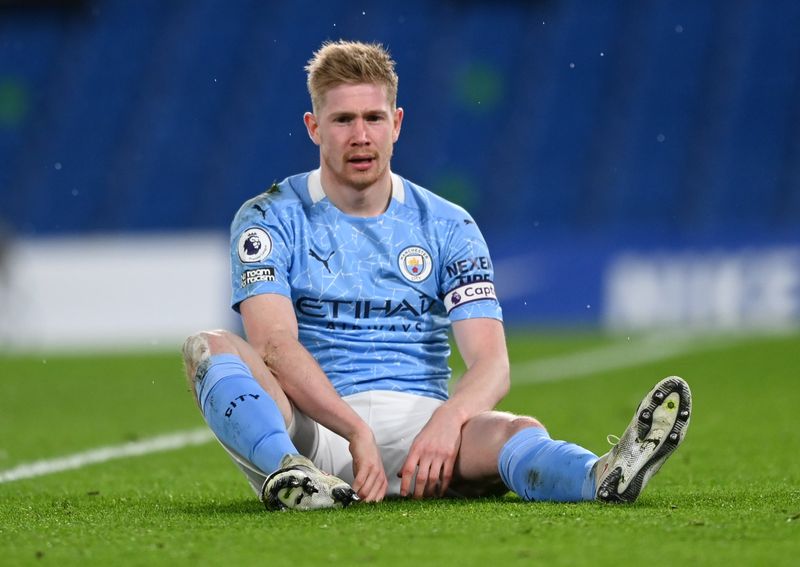 (Reuters) – Manchester City playmaker Kevin De Bruyne said he was delighted that his team had rediscovered their ruthlessness in Sunday’s 3-1 Premier League victory at Chelsea, although it felt a “bit bizarre” to play as a striker.

With the club’s record goalscorer Sergio Aguero on the bench as he manages his knee injury and fellow striker Gabriel Jesus out after contracting COVID-19, De Bruyne was moved forward and the Belgian responded with a goal and an assist.

“Bit bizarre in the beginning,” De Bruyne told Sky Sports when asked about his experience.

“I’ve done it a few times in my career… Obviously we have a lot of forwards out and the coach asked me to do this job, so I tried my best to do it as good as possible.”

Victory means City are unbeaten in seven league games and fifth in the table with 29 points from 15 matches, four points behind leaders Liverpool with a game in hand.

“It’s important we win one of these big games. This season we had played some good games but not won any of them so we have shown we can win the big games,” De Bruyne said.

“We’re still fighting an uphill battle but we are getting closer, that’s all we can do now.

“The years we were champions we were winning big games. It’s a bit different this year because everyone is losing points. We had a bad start but we are coming back so it’s a good thing we’re here fighting and that’s all we can do now.”

READ  Tebas reelected La Liga president for third stint
Disclaimer: Fusion Media would like to remind you that the data contained in this website is not necessarily real-time nor accurate. All CFDs (stocks, indexes, futures) and Forex prices are not provided by exchanges but rather by market makers, and so prices may not be accurate and may differ from the actual market price, meaning prices are indicative and not appropriate for trading purposes. Therefore Fusion Media doesn`t bear any responsibility for any trading losses you might incur as a result of using this data.