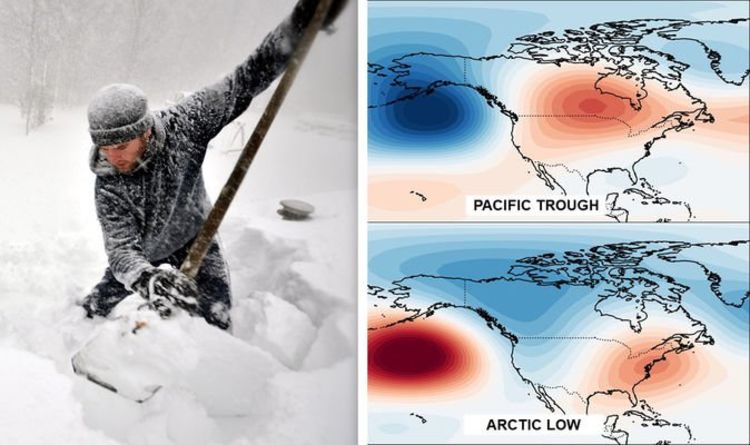 Mr Lee led the wintry study, which was published on December 27 in the journal Geophysical Research Letters.

The meteorologist said: “Despite the most extreme cold snaps experienced in North America often being described as ‘polar vortex outbreaks,’ our study suggests vortex strength should not be considered as a cause.

“We know that a weakened polar vortex allows cold air to flood out from the Arctic over Europe and Asia, but we found this is surprisingly not the case the other side of the Atlantic.

“In fact, our work suggests we should actually look south to conditions around the equator, rather than north to the Arctic, for the causes of these widespread freezing conditions in North America.

“Our results did reveal that the polar vortex strength provides useful information on the likelihood of most weather patterns over the US and Canada further in advance, including some potentially disruptive temperature changes or heavy rain.