All that glitters is gold…

We could all use a little change, and it seems Smash Mouth’s ‘All Star’ is no exception – the hit has received an EDM remix by the duo Breathe Carolina for its 20th anniversary.

The track arrived last Friday (August 23). It gives the 1999 hit a tropical house makeover with a taut, springy percussion, a little bump in tempo and greater focus on Smash Mouth bassist Paul DeLisle’s instantly recognisable whistling. Hear it below:

“Over the years, it seems like hundreds of remixes of ‘All Star’ have emerged, and we as a band are flattered and grateful for the love and attention,” Smash Mouth said in a statement. “We have not commissioned an ‘official’ remix to celebrate the 20th anniversary of our hit ‘All Star’… Until now.”


‘All Star’ was “a huge part of our early lives”, Breathe Carolina – the Denver, Colorado duo of David Schmitt and Tommy Cooperman – said in a statement. “It was such a big song when we were growing up. To think that we got to take it and give it a modern twist is so crazy!”

‘All Star’ was released on May 4, 1999 as a single from Smash Mouth’s ‘Astro Lounge’ album. Its inclusion on the soundtrack of the first ‘Shrek’ movie two years later “skyrocketed the band into a different world,” guitarist Greg Camp told Rolling Stone earlier this year. Revisit the classic below:

READ  Inside Hemen & Co: the tiny Kolkata sitar shop that supplied the Beatles
Share on FacebookShare on TwitterShare on PinterestShare on Reddit
newsgrooveAugust 26, 2019 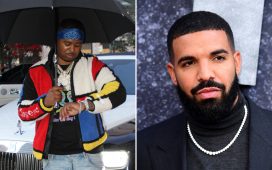 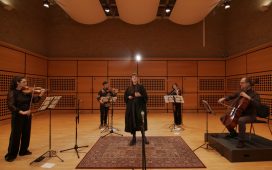