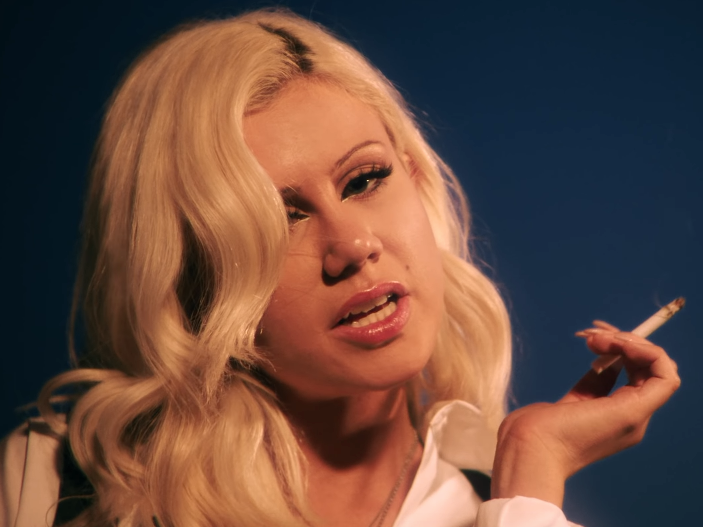 Slayyyter, 22, was described in 2018 as “the future of pop music” and has collaborated with Charli XCX and Kim Petras. She has repeatedly cited Britney Spears, Paris Hilton and Timbaland as sonic inspirations.

This week, tweets from 2012 and published by the account @camilkacowbello resurfaced, along with screenshots confirming the account once belonged to the singer.

In a statement, the pop star wrote: “7-8 years ago I had a One Direction/Fifth Harmony ‘sass’ account (that’s what they were called before the word ‘stan’ became a thing). I was extremely annoying and cringe and would use slurs and say other things online because I thought I was being edgy or funny. As I matured, I realised it is never funny or cool to use those words under any circumstances. Very shortly after this period of time I realised the way I was tweeting was disgusting and ignorant and I stopped.”

She continued, “I have grown and changed so much in the past eight years and the person I am today is not who I was at age 15. Eight years is a lot of time to reflect, grow, mature and better yourself as a human being. And I know that being young or uneducated about the matter also does not excuse any of these things, but please know that people do change.

She added: “This apology is not going to matter to some people and [that’s] okay. Just please know that I feel so sick to let so many of you down when you have done nothing but love and support me. I never really deserved any of this support in the first place but thank you for supporting me anyway. I am not asking anyone to forgive me in any way shape or form, but thank you for hearing me out. I will have nothing but love for u all till the day I die.”

Slayyyter, best known for tracks including “Mine” and “All I Want for XXXMas”, this year released her debut EP.

Cabello, whose name inspired Slayyyter’s first Twitter handle, earlier this month issued a similar apology after racist messages posted to a secret Tumblr account she once had resurfaced on Twitter.

READ  Victoria Beckham says it took 'courage' to turn down Spice Girls reunion
Share on FacebookShare on TwitterShare on PinterestShare on Reddit
newsgrooveDecember 27, 2019