Voice of darts Dave Clark will donate his brain to medical science – to help find a cure for Parkinson’s disease.

The Sky Sports presenter was diagnosed with the soul-destroying neurological condition in 2011 – but he has carried on as the front man for their award-winning PDC World Championship and Premier League coverage.

Later this year, Clark will walk the length of Hadrian’s Wall and, astonishingly, climb Mount Everest to the base camp at 17,000ft, to raise funds for Parkinson’s UK.

He has already generated £500,000 towards the charity’s work – but vital research to find a cure could be at risk because of public uncertainty around donation of brains.

According to figures released today by Parkinson’s UK, 78 per cent of adults are unaware that the NHS organ donor register does not include the brain.

Clark, currently on tour with the PDC entourage on the Premier League’s travelling circus, says it is crucial that pathologists are able to examine both ‘healthy’ brains and those afflicted by Parkinson’s or other neurological blights.

He said: “The brain is the most precious thing we have – it contains our loves, our memories, our personality.

“Giving it to medical research is the greatest gift I can offer. Just imagine if your brain was the one that unlocked a cure for this devastating neurologiocal condition?

“The need for effective treatments for Parkinson’s has never been greater and scientific research on brains – both with and without Parkinson’s – is essential.

“That’s why my wife Carolyn and I are pledging to donate our brains to the Parkinson’s UK Brain Bank.”

Mirror Sport revealed in December how Clark was preparing for an assault on Everest almost a decade after doctors warned him he would probably be forced to quit work within two or three years.

In the darts fraternity and beyond, 53-year-old Clark is now regarded as a legend and an inspiration, and he added: “Even if there isn’t yet a cure to turn back the tide, we live in hope of flood defences to slow Parkinson’s down.

“It’s definitely getting tougher to hide the tell-tale signs when I’m live on air – like wedging one arm down the side of my seat to stop it shaking.

“And not so long ago, I wrote my list of ‘golden rules’ to a guy in Aberdeen who had just been diagnosed. One of them reads, ‘Get up, dress up, show up, but NEVER give up.’ He loved it.”

Among the celebrities who are joining Clark in pledging to donate their brains to the Parkinson’s Brain Bank are actresses Sophie Thompson and Jane Asher, former Top of the Pops presenter and DJ David ‘Kid’ Jensen and BBC newsreader Jane Hill. 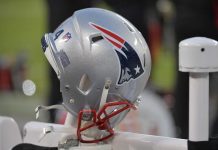