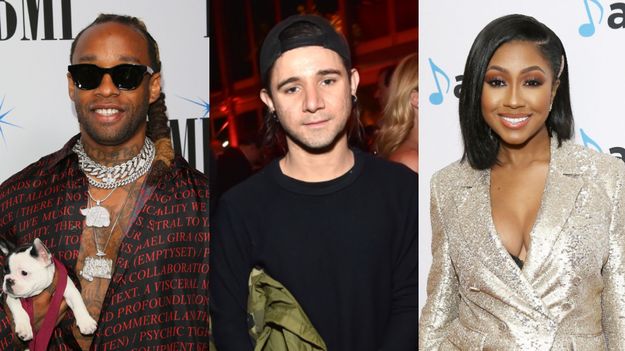 Skrillex, Ty Dolla $ign, and German producer Boys Noize have released an epic collaboration called “Midnight Hour” that doesn’t sound anything like something that you would listen to in the dead of the evening. It’s a midday party record, maybe even a favorite for raves, but it’s not calm in the slightest. It samples “Act Up” by the City Girls and sounds like a parade coming down the block. As Skrillex and Ty Dolla $ign do, on their third collaboration of the year, they bring a surge of energy with a side of raspy melodies. The inclusion of Boys Noize is just the icing on the cake.

It opens with Ty Dolla $ign waving the white flag to an ex-lover and wishing them the best after realizing that they are up to no good. The song sounds like a somber and bitter opener and as the roses around you begin to wilt, you begin to expect to be down in the dumps. Then it opens up into a rippling wave of snazzy percussion that can kickstart any party. It’s assertive and snarky and surprisingly lush with a warm emotional center. The samples of Yung Miami’s voice are just the icing on the cake to cement this as one of the year’s coolest party-starters and perhaps the best of Skrillex and Ty’s collabs.

Earlier this year, the pair dropped “Two Nights Part II” with Lykke Li and “Malokera” with Ludmilla, MC Lan, and TroyBoi. In May, Skrillex, and Boys Noize shared a joint EP, under the name Dog Blood, titled Turn Off the Lights.

Listen to Skrillex, Ty Dolla $ign and Boys Noise come together for “Midnight Hour” up above.