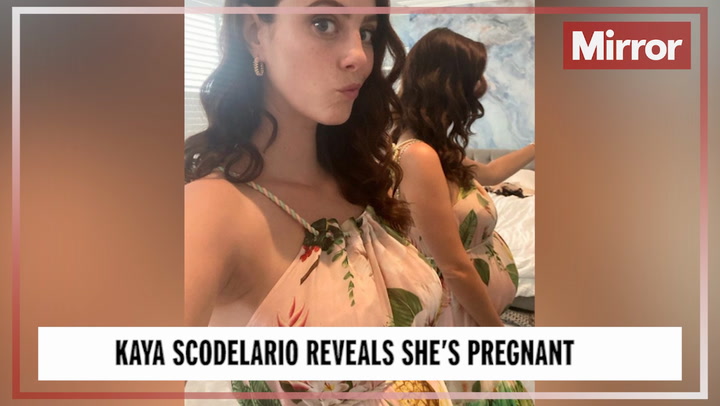 The 29-year-old – famed for playing Effy Stonem on Skins – took to social media on Saturday to announce her happy news and post a photo captured moments after she gave birth.

“You made it here little one! Starting the new year with so much love in our hearts & in our home. Plus poop and puke, lots of that too,” the brunette captioned the upload.

Kaya is cradling her newborn in the photo and her partner, Benjamin Walker, is seen smiling with his hand on head whilst clad in scrubs.

Kaya Scodelario has given birth to her second child
(

The star is married to Benjamin Walker
(

Their new addition can be seen wrapped up in a towel with a sweet aqua coloured hat decorated with a pink flower pattern.

In September, Kaya told fans that she was growing her family.

Alongside a selfie, the Wuthering Heights star penned: “I tried to set up one of those beautiful pregnancy reveal pictures with the meadow and the golden sunset and the hay and the puppy’s and the perfectly put together BoHo outfit & flowing natural hair with baby chicks nesting in it but then I realised that IM WAY TOO tired, achey and lazy right now.

Do you enjoy reading about celebrities? Sign up for all the best celeb news from the Mirror here.

“So here’s me pulling an awkward face in the mirror whilst wearing makeup for the first time in 6 months instead. We are very happy obviously. But mostly super tired.”

Kaye got her big break as Effy in Skins and has gone on to bag roles in Pirates of the Caribbean: Dead Men Tell No Tales and The Maze Runner.

She has previously shared how motherhood has changed how she approaches her career.

Kaya told the Evening Standard: “When I first started out I was just looking for employment, I just wanted to work.

“But now I think being a mum I have to be pickier if I’m going to be away for six months on the other side of the world.”