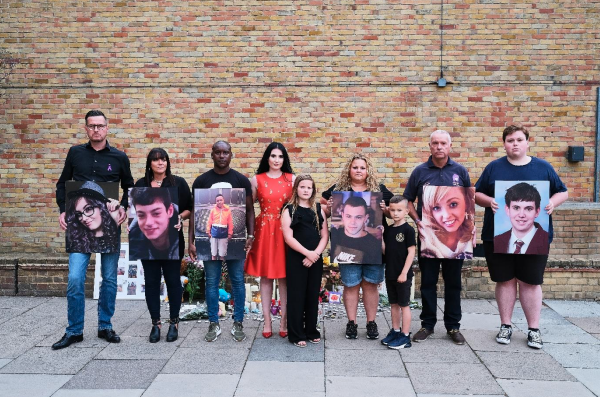 Pop singer Cecil has released a new song and music video, “Ceasefire“, to signal the launch of a new campaign to support those affected by knife and gun crime.

The project was set up by management company Stormcraft Music, whose organisers felt that they might be able to inspire young people to use music as a positive outlet.

Addressing their intention to support those who have lost loved ones to youth violence in the UK, a spokesperson said: “As much as there are after-care programmes that law enforcement provide, sometimes being able to speak to someone who has experienced what you have been through can be a stronger arm of support, and more relatable for an individual.”

They continued: “Many of the families affected by knife crime have gone on to set up foundations in honour of those who they lost… and are constantly fighting for changes in practices towards how things like knife crime and gun crime are treated. Project Ceasefire will shine a light on the work they do.”

Stormcraft Music is offering young people aged between 14-25 opportunities in music at their studio, where they will get the chance to record demos, and learn how to mix and produce. Those interested can contact info@projectceasefire.co.uk .

READ  Kacey Musgraves speaks out on shootings: 'Somebody (expletive) do something'
Share on FacebookShare on TwitterShare on PinterestShare on Reddit
newsgrooveNovember 27, 2019