Simon Cowell continues to show off his 20lbs weight loss as he goes cycling with son Eric, five, and his leggy girlfriend Lauren Silverman

He’s been proudly showed off the results of his 20lbs weight loss.

And Simon Cowell once again showed how he’s embraced his new healthy lifestyle, as he went cycling in Malibu on Sunday.

The music mogul, 59, cut a relaxed figure as he enjoyed an outing in the sunshine with his girlfriend Lauren Silverman, 42, and their son Eric, five. 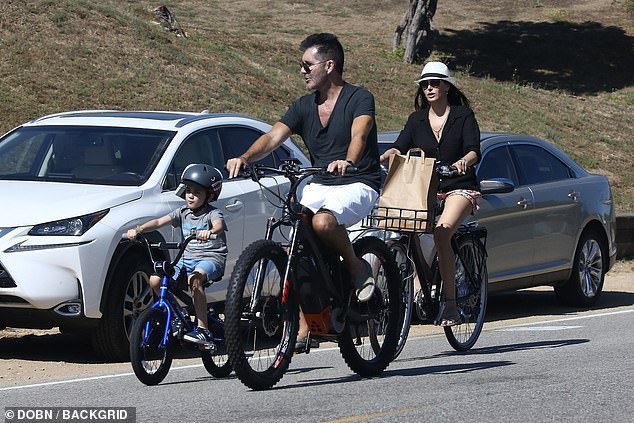 Transformed: Simon Cowell, 59, once again showed off his 20lbs weight loss on Sunday, as he went cycling with girlfriend Lauren Silverman, 42, and son Eric, five

Displaying his recent weight loss, Simon was the picture of health as he embarked on the bike ride, sported a low-key black t-shirt and white shorts.

The X Factor judge lead the way while Lauren followed close behind, sporting a simple black top and printed shorts.

With Eric riding along on a bike of his own, the family enjoyed lunch at the Malibu Seafood restaurant before having dessert at Malibu Yoghurt. 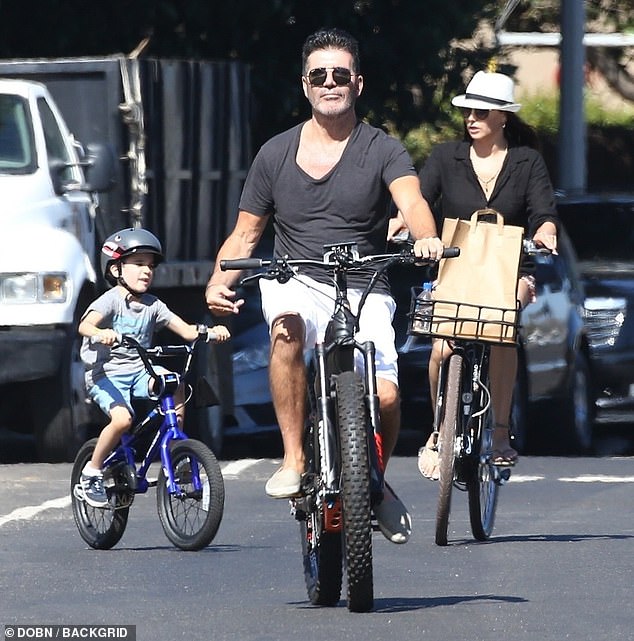 Happy: The music mogul cut a relaxed figure as he headed for lunch in the sunshine with his girlfriend and son

Simon’s appearance comes after he spoke candidly about changing his lifestyle and diet following his hospitalisation in October 2017 after fainting as a result of low blood pressure.

Speaking to Extra TV in June Simon said: ‘I went to see this guy who’s very well-known. And he said to me, after doing some blood work, ‘You can’t have red meat, dairy, sugar, bread or gluten’.’

The X Factor boss admitted that his first thought following the advice was ‘”What about alcohol? Maybe not quite as much as you had before”. And I did it and I stuck to it and it’s easy.’ 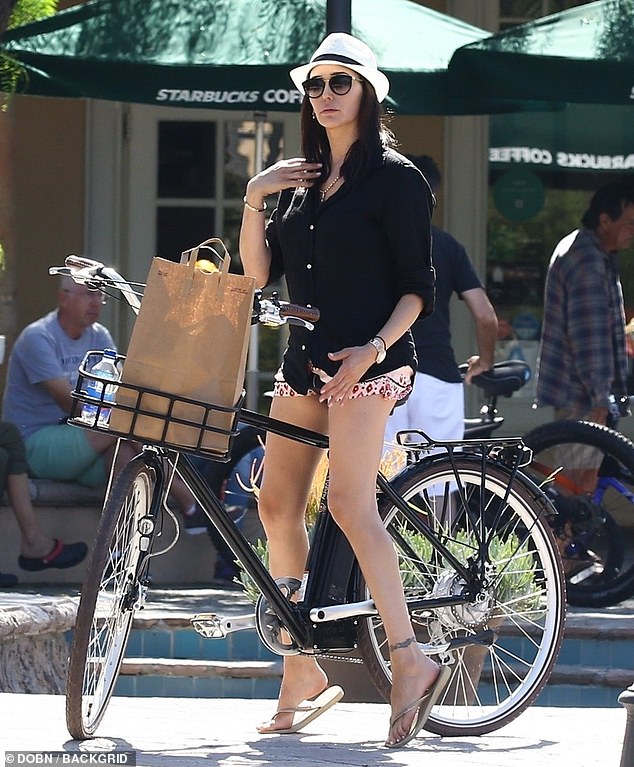 Glamorous: Lauren put on a leggy display for the outing as she sported a loose black shirt and floral shorts teamed with gold flip flops

The award-winning music executive has also joked that he and his little boy Eric, five, follow the same vegan diet.

‘Apart from ice-cream, he actually likes water, eats all his raw vegetable. I’m on the Eric Cowell diet,’ the father-of-one pointed out.

Simon is having a busy summer jetting back and forth between the US and UK for work.

While he wraps up the current series of AGT, he’s also presiding over Britain’s Got Talent: The Champions which will see former winners and finalists compete against each other.

The show will air in the autumn, with Simon and his team busy filming the auditions in recent weeks. 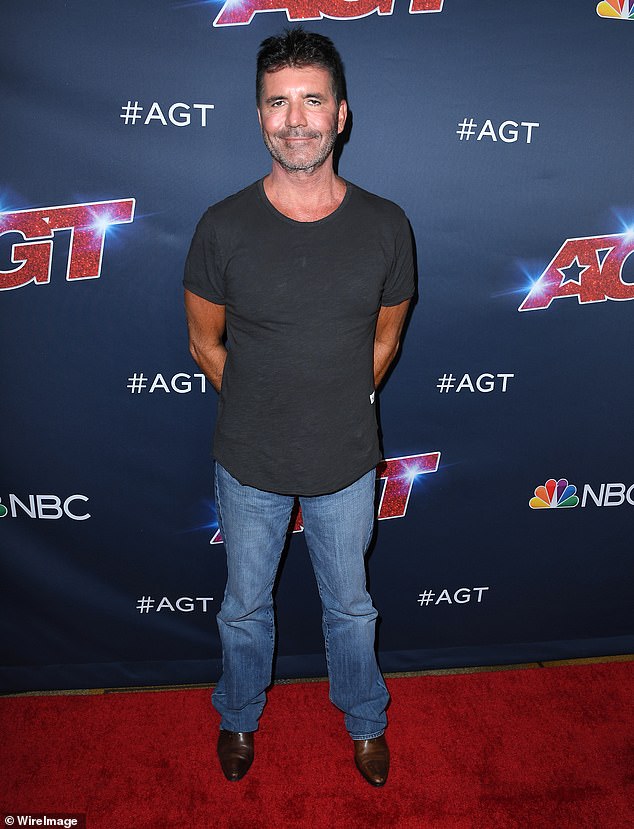 New look: Simon has been showing off the results of his 20lbs weight loss, as he overhauled his lifestyle following a health scare in 2017 (above in Hollywood earlier this month)