Signs your child is addicted to video games – Manila Bulletin 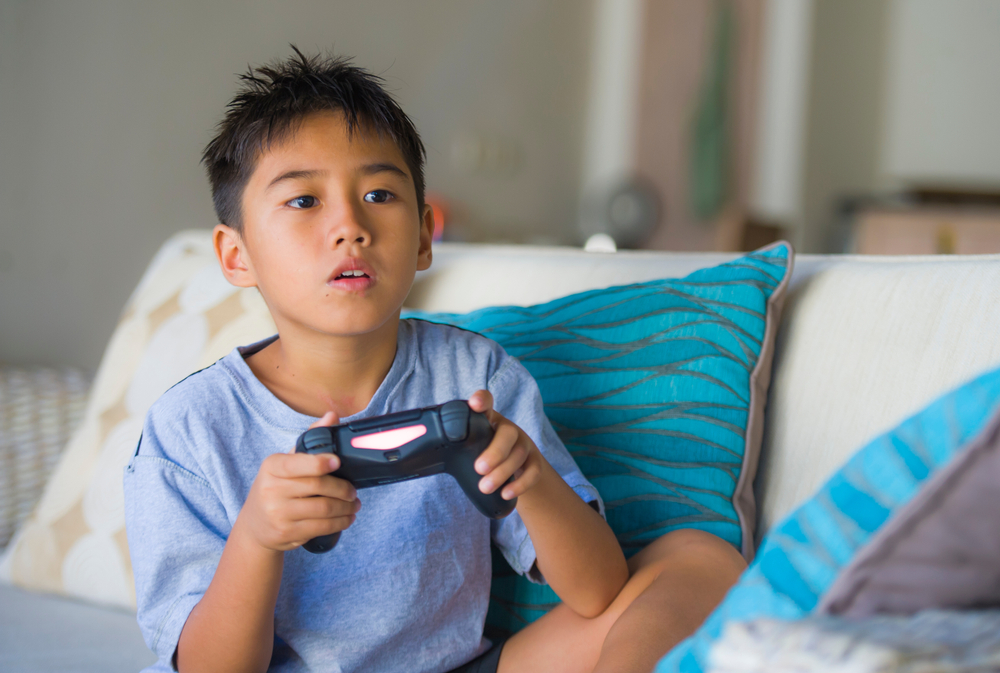 The gaming addiction is real. As a gamer myself while growing up, I’ve spent countless hours playing from consoles such as Nintendo Entertainment System (NES) and in my Personal Computer (PC). I played in various worlds, stories, and quests- all of which took up many hours of my life as a young adult.

The gaming experience has turned from something you can do for fun in your spare time to something that is both dangerous and addictive, especially to children. With the advent of mobile gaming, it has become easier for children to access games. It can start off innocently, but can eventually lead to a full blown gaming addiction.

Now, don’t get me wrong. I’d be a hypocrite to say that we should ban and restrict all games from our children, because I myself share a console with my kids. They keyword is moderation. We should vigilantly time and observe the amount of exposure our children get from gaming, and not let the video game consoles parent our children for us.

How does it happen?

Gaming addiction doesn’t happen overnight. It is a prolonged exposure in the environment, which starts as a bad habit that turns into a full-blown addiction. We, as parents, are the ones solely to blame if it gets this far.

As the authority figures in our children’s lives, we have the power to set the rules as to how much gaming time is given to our children. Anything done outside of moderation is a danger and the same goes for video games. If we simply leave our children to go at it with the consoles for days on end during the summer, it’s only a matter of time before it’s the only thing they will want to do.

What are the signs and symptoms?

As the old saying goes, idle hands are the devil’s playgrounds. The same is true with children who are prone to gaming addiction. Children who have a solid social circle of friends and family, as well as regular healthy activities such as sports, extra curricular projects and social exposure, are less prone to falling into the trap of gaming addiction. Simply put, it’s because they have better things to focus on than just playing games. The captain of the basketball team or the student body president would rather focus on their duties than just waste their day on a console.

The less socially exposed are more inclined to fall into the gaming addiction trap as it becomes a form of escape for them. The people they could not be in real life, they can pretend to be in the visual world. The accomplishment they couldn’t do in the real world, they can compensate for by being of a higher level than most in the online environment. The friends they meet in guilds, clans or tribes online become the support group that they wish their family would be. This becomes an avenue of filling a void of self-esteem that should have been filled by real life encounters. This is especially true for games of the Massive Multiplayer online Role playing game (MMORPG) Variety as the level of virtual social interaction in said environment is so high it becomes an avenue of competition between the child and the rest of the world.

Why are some games more addictive than others?

Growing up, I never once heard of anyone getting addicted to Super Mario Brothers. It was either because the game was too simple or we were just too disciplined back then. Now, children are being diagnosed with gaming addiction due to the intense amount of investment they place into such games. Games that are monotonous such as Angry Birds or Flappy Bird rarely cause an addiction in anyone due to the monotonous experience it offers. However, MMORPGS that carefully track and reward the countless hours and days people play by giving them levels and public social rankings become much more of a hook. This is due to the fact that the reward system in people’s mind comes from the hard work they placed into said games by rare items, exclusive features and even public recognition. These are the most dangerous for children as there is literally no end as to how far someone can progress in developing their online alter ego. Furthermore, the countless hours of sleep lost playing can cause sleep deprivation. This can lead to bad moods and online negativity, which includes verbal and psychological violence. These are all too common in such games like Fortnite and others.

What can we do to prevent it?

Moderation is the key. As a parent, be flexible but vigilant on the games that you expose your children to. All games should be vetted by parents if the violence level can be a cause of concern for the kids. It is advisable that MMORPGS should not be permitted to children under the age of 18. Parental guidance is recommended, as the exposure they get to gamers around the world is both unregulated and uncontrollable. Clear times and cut-offs should be strictly implemented and constant observation of any of the red flags should be held. It is our duty as parents to be the guards of our children from all dangers, both external and internal.

Robert Rubin is the author of The Intuitive Within and founder of Mysterium Philippines and is the leading Tarot Authority in the country with over 23 years of experience. He is married and has 2 lovely children, a Daschund named Isis, and 3 Lovely cats (Ajna, Puff and Luminara). You may learn more about Rob at www. RobRubinReadings. com or www.IntuitiveWithin.com.