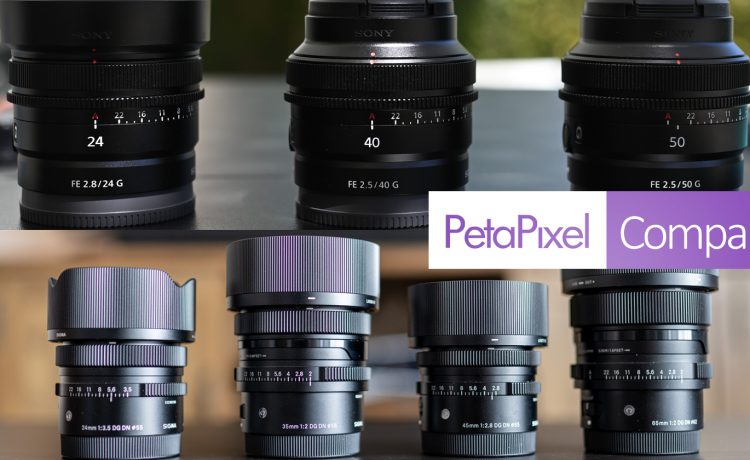 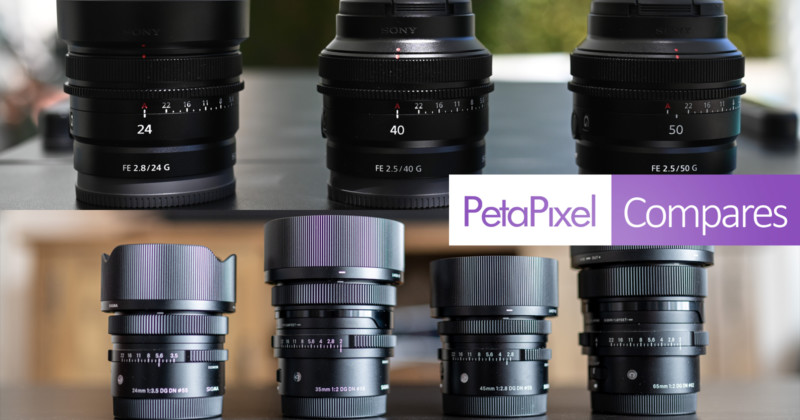 After my testing of the new Sony compact primes, I was able to spend some time with the competing set of primes from Sigma that were arguably the reason Sony created its lenses in the first place. Both sets are fun, compact, and extremely portable optics… but which should you buy?

Like the Sony lenses, these primes from Sigma are almost identical in design with the only real difference between them being the chosen focal lengths and maximum apertures. As such, you can treat this comparison as a performance evaluation of all three and how they compare to the Sony G lenses.

Editor’s note: The following evaluation is meant to be viewed against the full review of the Sony lenses found here, as most of the information below focuses on showing how the Sigma lenses perform and is written from the assumption that readers have familiarized themselves with the same assessment of the Sony lenses. 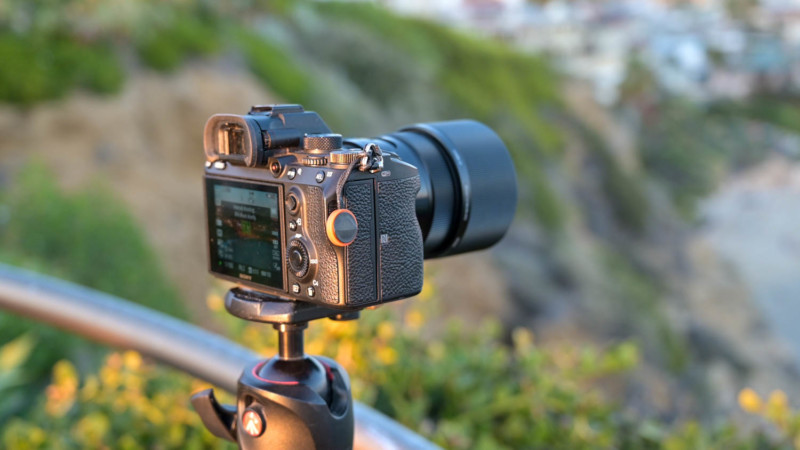 To test these lenses I used a Sony Alpha 7 III and a Sony a6100 and shot at the minimum and maximum apertures to determine the sharpness and quality of the images.

One of the first things I noticed when taking these lenses out of the box was just how sturdy the design was and how they resembled bigger cinema lenses. Each lens in the set looks identical in design with the only difference being the physical size, and — as mentioned previously — all of which were larger than the Sony counterparts. Despite this, they were still pretty similar to the Sony lenses in the sense that the aperture rings were once again in a position where it would be very easy to accidentally shift the lens’s manual aperture setting when mounting or removing the lens.

I complained about this in my Sony compact prime lens review so it’s only fair to point it out here. So once again, be sure to double-check your settings when you use this glass to be sure it’s in the position you want.

Something I want to note right away: It is my opinion that the overall shooting experience with these lenses was even more satisfying than with the Sony lenses.

Let me explain that.

With the increased size and more stylish design, I felt more confident shooting in the streets and for my clients. They just gave off a cinematographer vibe that I really appreciated. They just look, feel, and operate really nicely in a way that is difficult to explain but is apparent once you’ve held them in hand.

Just like with Sony’s lenses, the I-Series has a satisfying “clicking” aperture ring that you can manually set for your shot, or slide into the Auto position to make changes digitally based on your preference. While I enjoyed the feel of Sony’s trio, these lenses felt more mechanical and even produced a little more tension when not in Auto mode. The aperture “clicks” were even more satisfying than on the Sony with that larger grooved ring. It is worth mentioning this though: while I never bothered to use the “de-click” switch that Sony provides on its lenses, this is a feature that is noticeably missing from the Sigma I-series.

Visually, I felt like this set of glass gave a much more professional vibe while shooting on the streets. This is, of course, entirely subjective so take from this what you will.

With the Sony lenses, it seemed people just thought I was a tourist and never really gave me much attention, whereas with the Sigma glass, people noticed, and moved out of my shots for me. It kind of felt like I was a location scout prepping scenes for an upcoming shoot. The downside to this is these lenses look expensive compared to the Sony counterparts, meaning if you are trying to be discreet they’re going to stand out a fair bit more.

As for their size, you can read the exact dimensions and weights here, but it is worth noting that while they are still very compact, they are heavier and larger than the Sony brand counterparts. Additionally, Sony made a point of keeping all three of its lenses the exact same size while Sigma has not. Additionally, stacked end to end, even the two smallest lenses in the Sigma set are larger than an iPhone X and weigh a fair bit more than the ones from Sony. The good news is they are still small enough to fit in your sweater or jacket pockets, making them easy for conveniently carrying and lens swapping while on the move.

Something else to take note of is that these lenses have a largely metal housing compared to the Sony lenses which have a lot more plastic. Because of this, Sigma was able to do something a little different by providing the option for a fancier magnetic lens cap along with the standard plastic “pinch” type. If you’re the type of shooter who never uses a lens hood because they are tedious, the metal versions are a lovely divergence from the expected. That said, while it’s a rather cool additional feature to have, it is not altogether practical if you do use the lens hoods, since it takes a bit of maneuvering to get it off once snapped in place.

Finally, it is also worth pointing out that these lenses all have a nicely designed gasket seal on the mount giving you some peace of mind that little in the way of dust or water will seep its way in while you’re out shooting.

All of the lenses in this set worked consistently well with a fast and smooth performing autofocus that including face/eye detection features.

The performance feels just as fast and snappy as with the Sony trio (despite Sony touting its autofocus system as vastly superior to competitors). I was able to quickly lock on to surfers in motion on the beach without issue. The metal lens hood and aperture/focus rings feel great to work with and going full manual for focusing is very smooth.

Shifting from Auto to Manual focus was easy with the switches for that feature placement closer to the lens mount on the barrel versus the vertical switch found on the Sony set. I personally prefer the Sigma switch here, but that is again a purely subjective, personal preference as they both respond quickly and work as intended.

For an example the kind of clarity you can expect, below is a short timelapse of a moonrise that I shot with Sigma 65mm f/2 at f/6.3. 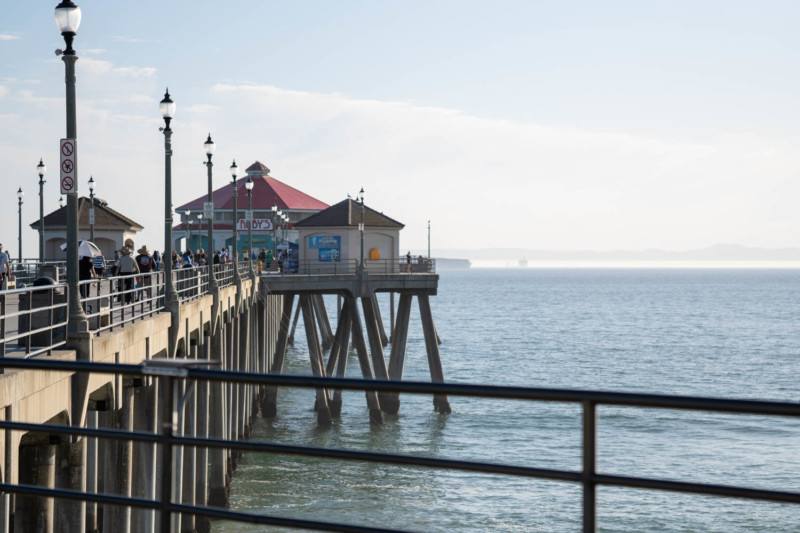 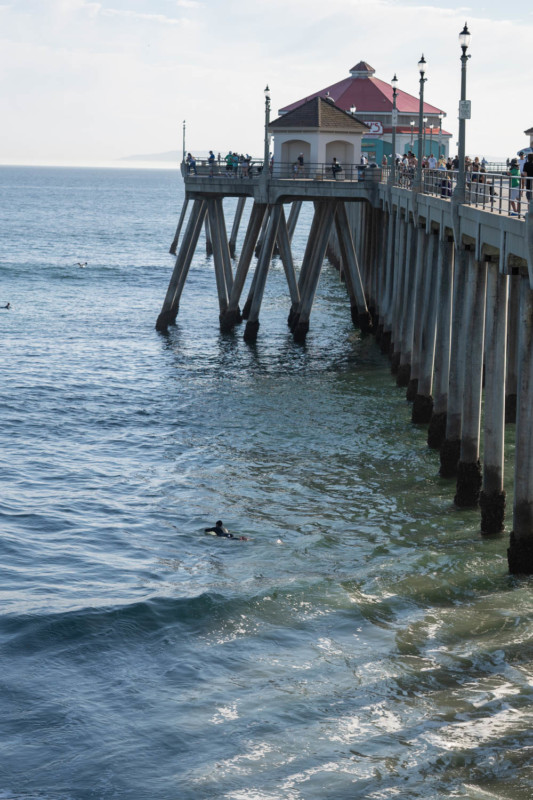 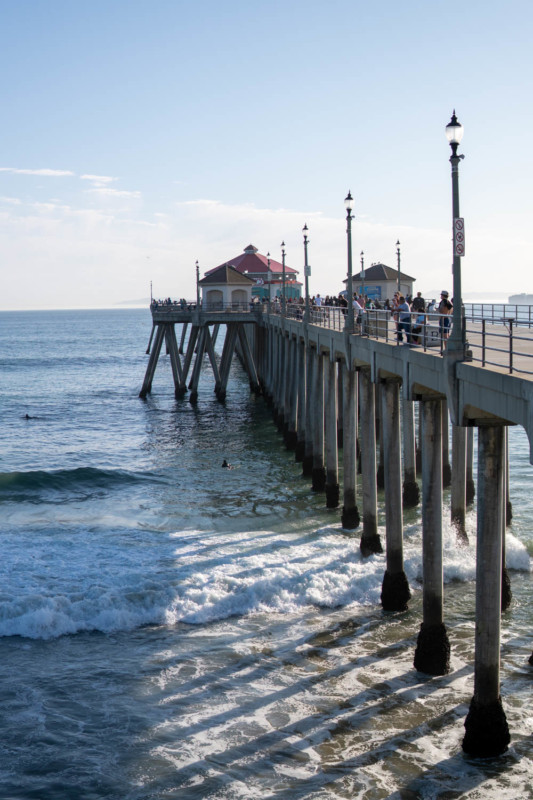 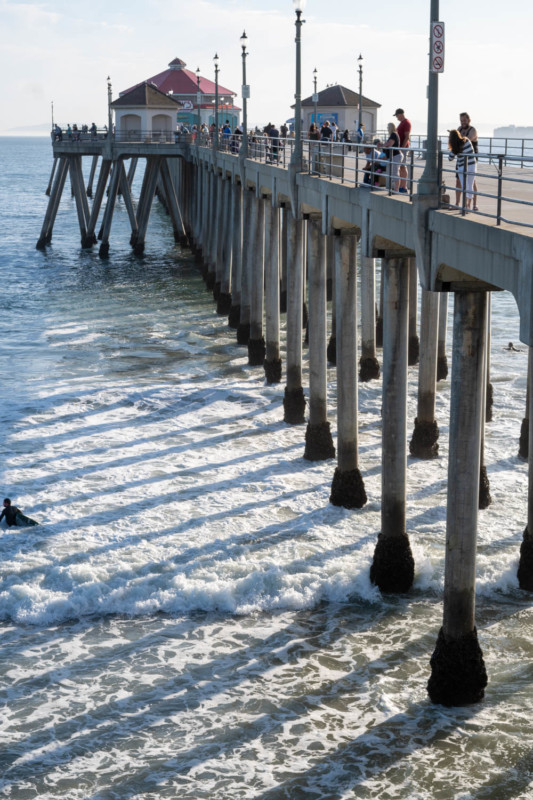 The 45mm and 65mm lenses were incredibly sharp and accurate edge to edge where the wider 24mm and 35mm lenses left a little vignetting on the edges. This is easily fixable with a lens profile adjustment but be aware of that going in.

All four lenses gave a great creamy bokeh for their respective apertures, with the 65mm having the most appealing of the set. Trying to recreate the Sony Bokeh tests, I feel that while the Sigma lenses — especially at f/2 — were incredibly smooth looking, only the 65mm really had something over the Sony.

The Sigma glass was consistently smooth from each of the lenses, but nothing really “wowed” me compared to how I felt with the Sony lenses. While each of them looks good, in my personal opinion, if you’re looking for glass with a more pronounced bokeh pattern, the Sony set may be the winner here. 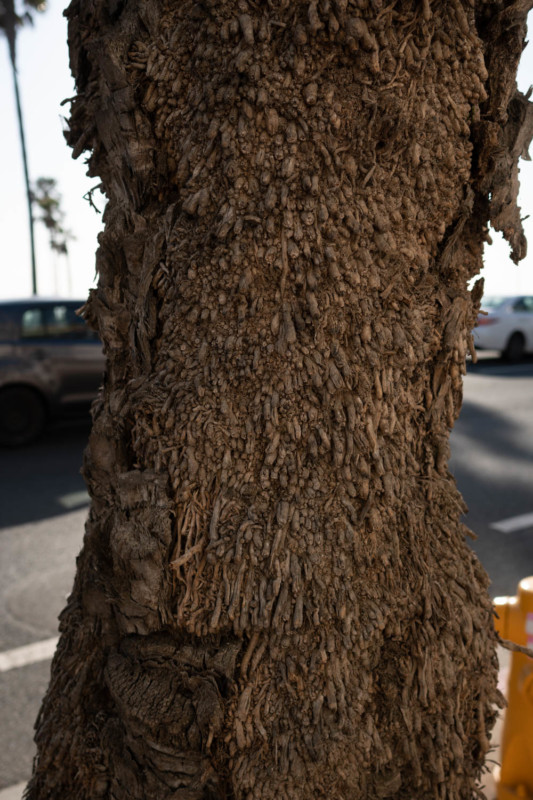 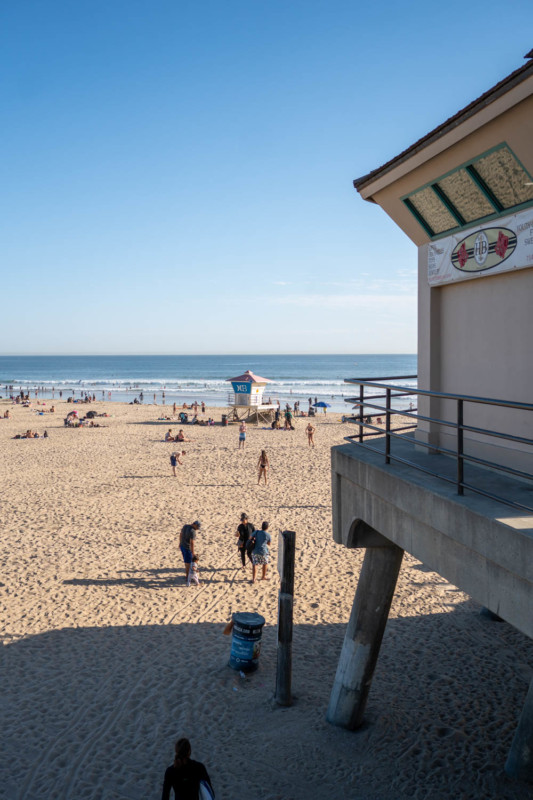 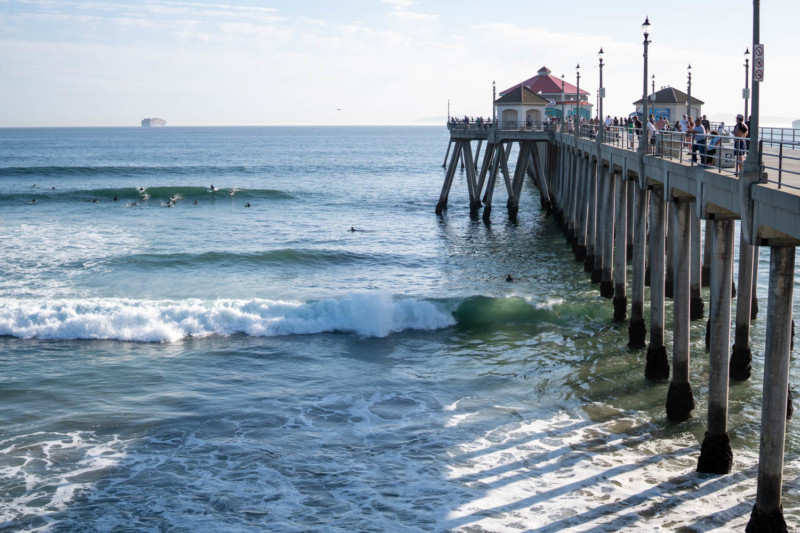 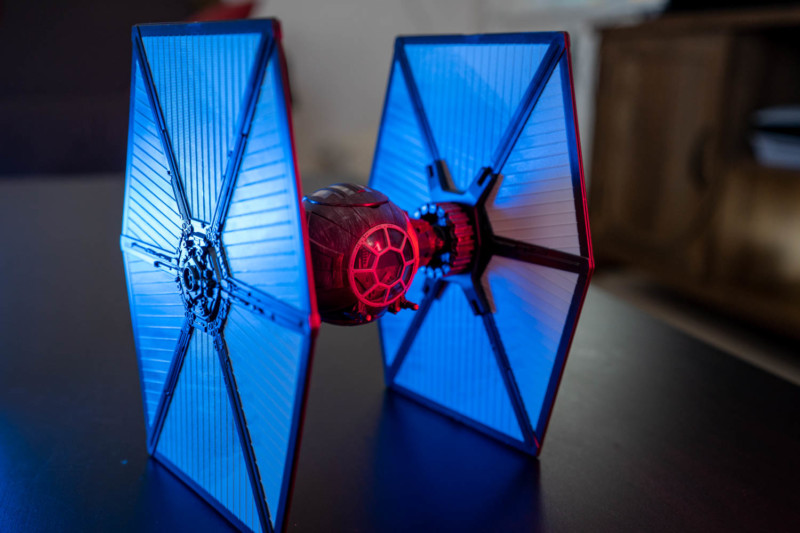 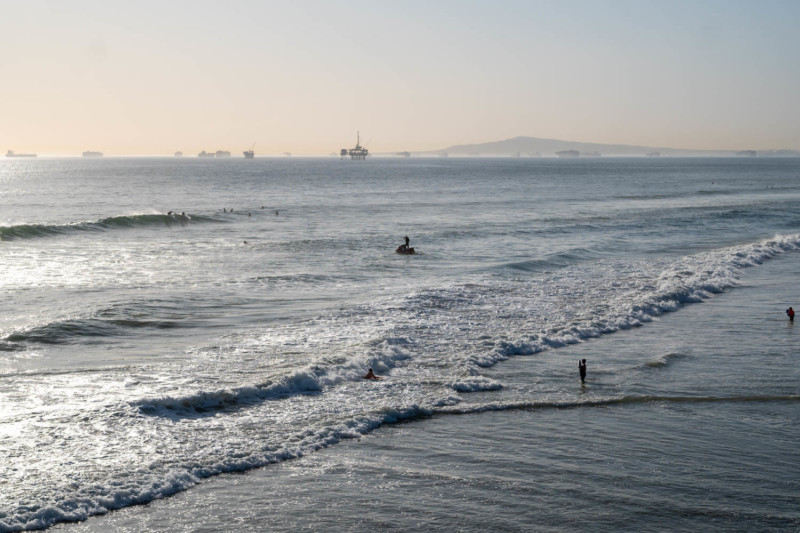 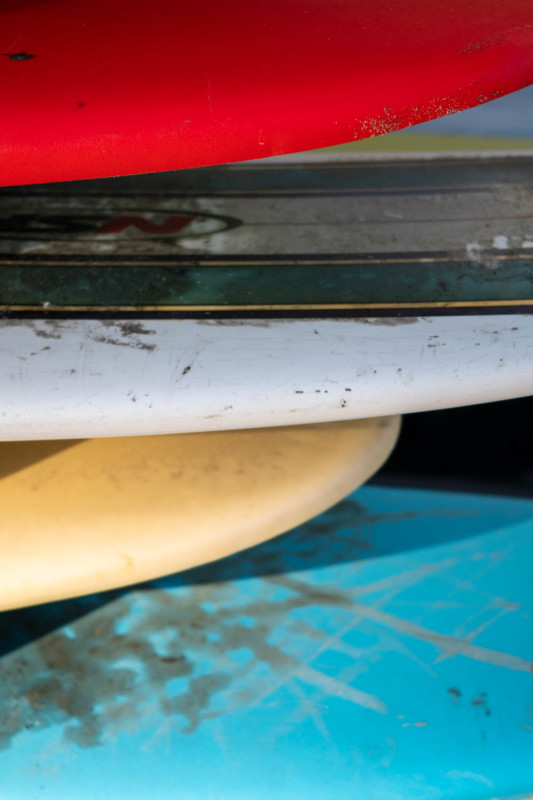 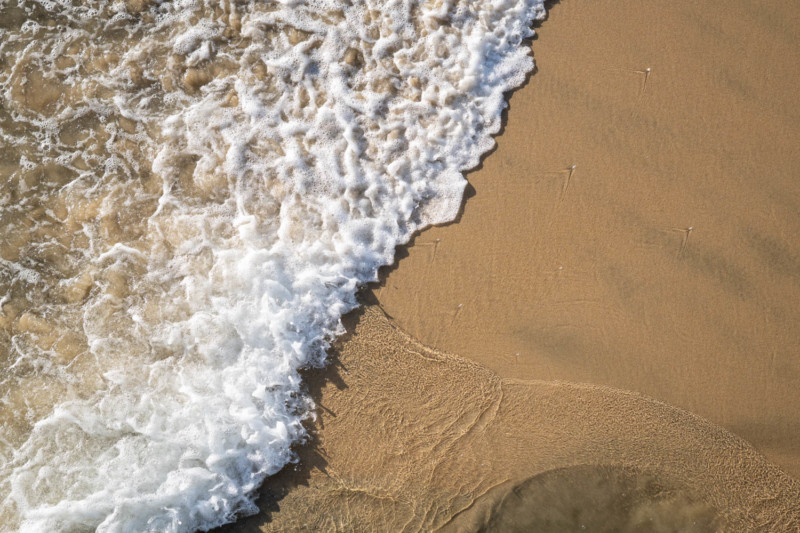 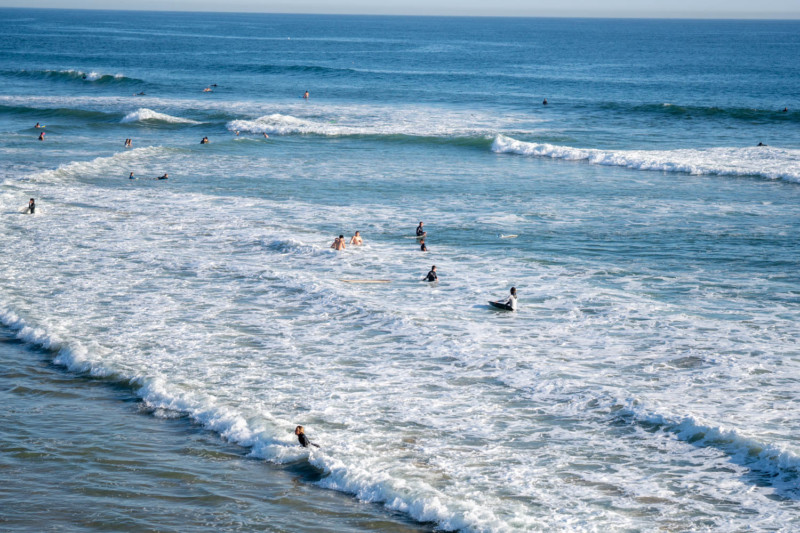 Both lenses score well in the autofocus performance and overall image quality department, so you’ll have to look at other factors if you really want to nitpick on which lenses are right for you. 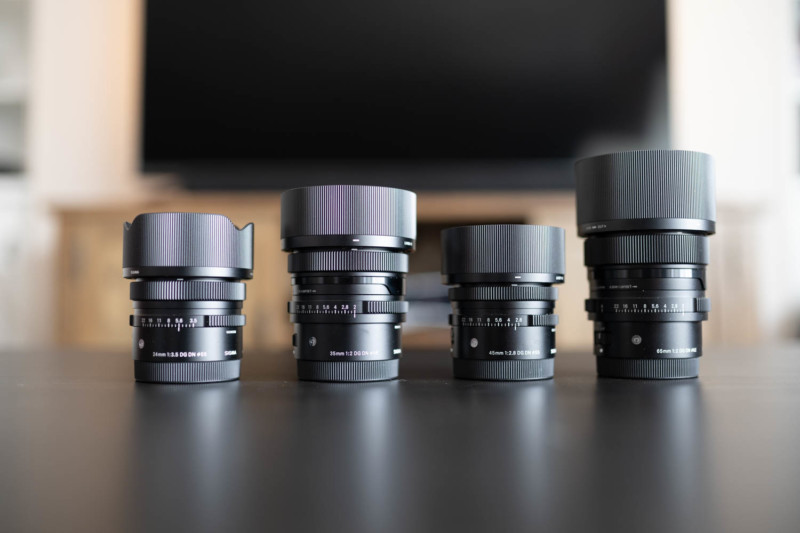 Sturdy and Professional Versus Smaller and Performant

The Sigma I-series feels like a much more professional set of lenses than the Sony trio, but with that comes the compromise of a larger size and heavier footprint. These lenses are still much smaller and lighter than the f/1.8 and f/1.4 primes you’re used to carrying around so the trade-off may be worth it along with the cost savings when you look at those wider lenses.

Even though they are larger and heavier than Sony’s similar lenses, the Sigmas are still easy to pack up and carry in your kit, saving you a lot of space and weight when compared to the Art/G-Master series lenses. I felt that the Sony lenses overall had better bokeh, with the exception of Sigma’s 65mm, but the overall image quality from all lenses was very good. Again, the only reason to not recommend any of them is if you actually truly need that extra shallow depth of field and are willing to trade off the extra cost, size, and weight to get it.

If you do more video than photo work, the Sigma lenses would be a fantastic addition to your kit since they’re already primed and ready to go for pulling kits thanks to the more pronounced grooves on the focus and aperture rings. Additionally, these Sigma lenses provide some slightly more unique focal lengths than others.

Honestly, I think both these sets can be used together, as no one is saying you have to pick one company and only use those lenses. While the professional and cinematic look of the Sigma lenses was awesome, I preferred the image quality on most of what Sony offered despite their slightly less high-end feel. If I were in the market for these focal lengths, I’d likely mix and match a few of them from both brands.

The Sigma I-Series is a great set of lenses with some unique focal lengths that will help you capture sharp images and video for whatever project you have in mind. Are they better or worse than the Sony lenses? Unfortunately, there is no straight-across answer.

If you want something that is incredibly small and lightweight for traveling, the Sony trio may be the better direction for you. However, if you plan on doing more video work where manual focusing is more prevalent or if you prefer a more robust, higher-end build, then the Sigma lineup makes more sense. In the end, both did a great job from an image quality standpoint and you can’t really go wrong either way there. In the end, you’ll just have to make your decisions based on personal preference. 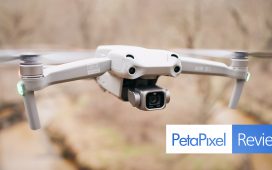 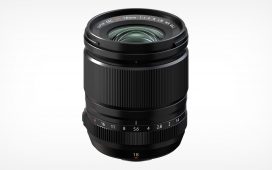 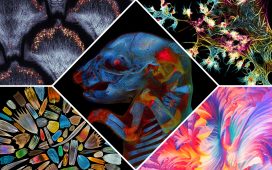 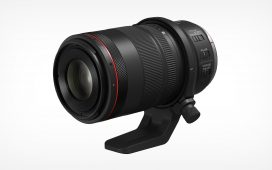