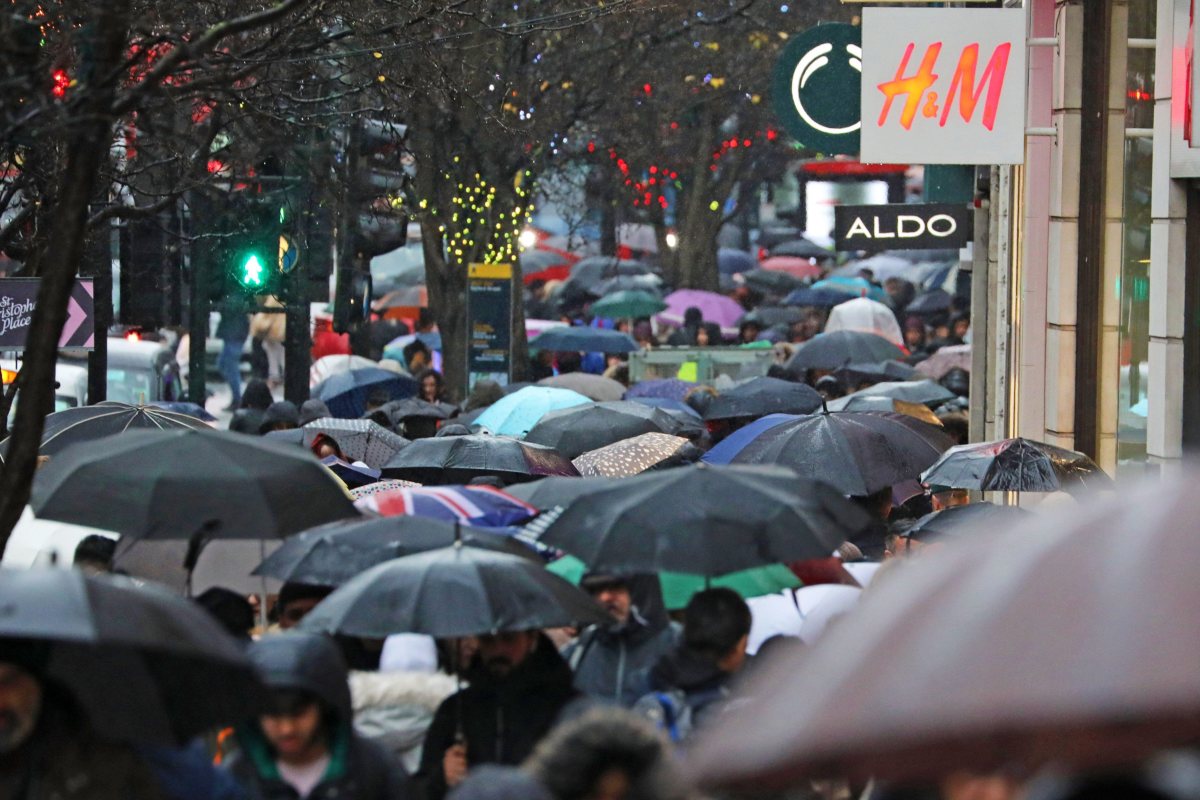 SHOPPERS abandoned high streets after bargains ran out in 48 hours.

They dismissed Boxing Day sales as a has-been, killed off by Black Friday and bad weather.

Retail experts Springboard said shopper numbers at 4pm were down 9.7 per cent on last year.

Sold-out bargains were reported at shops such as M&S, Zara, Argos, Selfridges and Boots.

Store spending will fall by 75 per cent from £3.25billion on Boxing Day to £1.38billion today and under £1billion tomorrow, a study shows. Online spending is steady at £850million a day.

Professor Joshua Bamfield, director of the Centre for Retail Research, said: “Shoppers get annoyed when products sell out and stop shopping or search online.

“People will soon be saying ‘there’s nothing in the sales.’

“There’s a big fall in store spending since Boxing Day, with high streets running out of steam but online spending still high.

“Post-Christmas sales in stores are becoming a has-been – like the January sales, which were massive 30 years ago.

“The UK is moving towards the US pattern of Black Friday and pre-Christmas discounts.”

Duncan Brewer, a partner at retail consultants Oliver Wyman, said: “It’s frustrating for consumers when products they want are not available.

“The spending spike after Christmas is smaller this year. Black Friday is hurting people’s ability to spend now. Consumers have got used to discounts.”