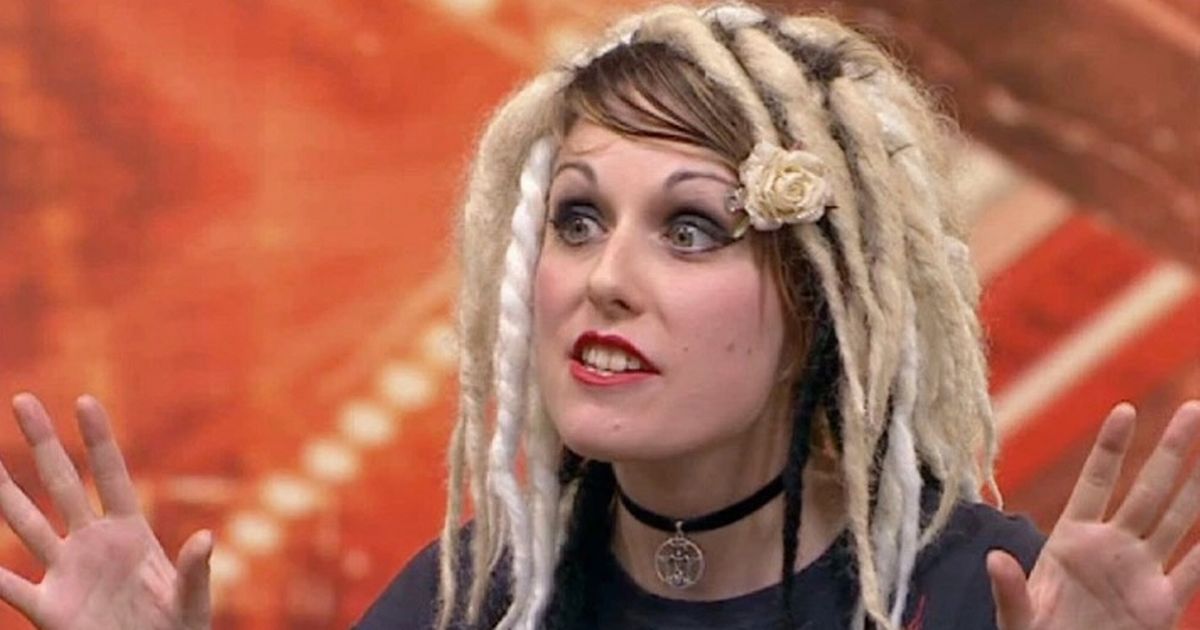 In the last decade, reality TV has transformed the lives of many an unknown, catapulting them from obscurity into the limelight.

But sadly among the stories of dreams and ambition lie tragic tales of lives cut short and amid murder, illness and tragedy.

On November 25, 2019 it emerged that X Factor star Ariel Burdett had died at her home in Leeds aged just 38, making her the latest reality star to be lost too soon.

And from The Voice star who was gunned down in front of horrified fans to the Britain’s Got Talent singer butchered by her boyfriend, many more off-screen heartbreaking tragedies have befallen some of the brightest stars…

Ariel Burdett died at her home in Leeds on November 12, Mirror Online confirmed.

The X Factor star – real name Amy Burdett – was just 38 and the cause of her death is yet to be confirmed.

She originally shot to fame in 2008 with her jaw-dropping X Factor audition, which left Cheryl Tweedy and Simon Cowell speechless.

As an opener, she ripped her contestant tag off and threw it on the floor, declaring she was a “human being, not a number”.

She then branded Cheryl “stupid” after receiving four nos and told the panel she was a “specialist and not a generalist” and that her song was an “academic construction”.

After failing to make it through to the next round, she told the judges to “shove a bit of metal right up their a**”.

Jack Saunders was part of dance group Green Force Five, who got through to the semi-finals earlier this year.

But the 25-year-old from Uxbridge, west London, took his own life in the early hours of March 17, leaving his family and show bosses devastated.

Jack’s bereft mum Sandra, 53, said her son hadn’t shown any signs that he was struggling.

“He didn’t leave a note. He did not have depression,” she said.

“He went to the GP before Christmas because he was feeling tired and they never spotted any problems.

“Suicide can happen to anyone at any time. People can’t believe Jack is gone. We are the same.

“It’s just shocked everyone because to other people Jack had it all. Jack achieved more than many people could dream of achieving. He knew we loved him.”

Jack was the youngest paid dancer at the London Olympics opening ceremony having just turned 18. He also appeared on Sky1 show Got to Dance and X Factor with Lauren Platt twice in 2014.

READ  Freddie Mercury: 'Lost' song Time Waits For No One premieres on Radio 2

NHS nurse Simonne Kerr was part of the NHS’s B Positive choir who got through to the BGT final in 2018 but lost out to comedian Lost Voice Guy.

Later that year she was murdered by her on-off boyfriend Desmond Sylva, who stabbed her more than 70 times as she lay in bed at his flat in Clapham.

The court heard how Ms Kerr, 31, was attacked by Sylva after she returned from work at Guy’s and St Thomas’ Hospital on the morning of August 15, 2018.

Sylva, who served with the Royal Regiment of Fusiliers in Iraq and Kosovo, admitted manslaughter but denied murder, claiming his depression impaired his mental function.

But after being convicted of murder he was jailed at the Old Bailey for life with a minimum of 21 years.

Passing sentence, Judge Wendy Joseph QC told him: “What you have done and the grief it has caused, and will continue to cause far into the future, is immeasurable. Simonne was simply a lovely person much loved by her family.

“Simonne was in your home undressed and in your bed and was about as vulnerable as a person can be.”

She said it was clear that Sylva has a “dreadful and ungovernable” temper, adding: “You killed Simonne Kerr because you are a man of violent disposition prone to outbursts of violent temper.”

Simonne had joined the choir after her six-year-old son Kavele died from complications of sickle cell disease in 2015.

Ray Boddington kept the judges entertained with his rendition of Cliff Richard’s The Young Ones in 2007 and made it through to the second round of the Manchester auditions.

But he sadly died on April 18, 2019 after being struck by a tram in Manchester city centre.

The 77-year-old – who fronted Manchester band Piccadilly Rats – was on his way home from a gig at The Millstone pub when he was struck by a Metrolink tram at around 6:50pm the evening before.

His family kept a bedside vigil though the night at Salford Royal Hospital until the heartbreaking decision was made to withdraw life support.

Nathaniel O’Brien, 19, who starred on the Australian version of the talent show in 2014, died when his car hit a tree just hours on November 8, 2015.

He was travelling alone after performing at a country music festival and died at the scene, leaving his family and fans devastated.

Paying tribute on the show the following night, X Factor judge Danni Minogue said, “I want to send our love out to Nathaniel O’Brien and his family. Unfortunately, he passed yesterday.”

The former Voice contestant Christina Grimmie was shot dead in front of terrified fans while signing autographs after a concert.

The 22-year-old, who took part in the US version of TV talent show, was gunned down by Kevin Loibl, 27, in Orlando, Florida.

Described as a ‘deranged fan’, Loibl shot the singer in the head when she opened her arms to give him a hug. He then turned the gun on himself.

Christina came third in the 2014 series of the talent show and had a huge social media following thanks to her status as a YouTube star.

She was Selena Gomez ‘s tour support act in 2011 and joined her again in 2014 for the singer’s Stars Dance tour.

Stuart was just 21 when he took part in the BBC One show, making him the youngest candidate ever.

He was knocked out at the interviews stage but became a cult favourite thanks to his steady stream of catchphrases and boastful quotes.

“Everything I touch turns to sold” was one of his favourites, along with, “I’m not a one-trick pony, I’m not a 10-trick pony, I have a field full of ponies and they’re all literally running towards this job”.

He also cheekily described himself as “Baggs the brand”.

However, on 30 July 2015, Stuart was tragically found dead in his home aged 27, due to an asthma attack.

Past and present stars of the popular show took to social media to express their shock at the entrepreneur’s death.

The Apprentice boss Lord Sugar said: “Terrible news Stuart Baggs has died. My sincere condolences to his family and friends RIP one of the stand-out characters of the Apprentice.”

Sophie took part in the second series of Love Island in 2016 where she made history as one half of the show’s first same-sex couple with Katie Salmon.

Before that, she’d been coupled up with barman Tom Powell, but their relationship was fraught with rows and they split up soon after leaving the villa.

Her bravery in standing up for fellow Islander Zara Holland after she was ‘slut-shamed’ for performing a sex act on camera won her yet more fans.

But she struggled with depression and hanged herself at her parents’ home in Medburn, Ponteland on June 20, 2018 after taking a cocktail of cocaine and alcohol.

North Shields Coroners Court heard she had expressed suicidal thoughts in the hours before and text a male friend to say she was “struggling with the world”.

The court heard how Sophie had been diagnosed with depression and low self-esteem in 2013 and was taking medication for social anxiety disorder at the time she died. She was also still reeling from the death of her friend Paul ‘Conrad’ Burns, better known as Mr Newcastle, whose funeral she had attended five days previously.

Tragically, her heartbroken boyfriend Aaron Armstrong – who discovered her body – killed himself just 20 days after she died, having taken a similar cocktail of cocaine and booze .

The reality star – who struggled with depression – was found hanging by female jogger in a park near his North London childhood home.

A black “diary” notebook was found nearby containing notes to his family about his desire to end his life, the inquest heard.

Just days earlier his beloved grandmother – who he was a carer for – had died.

His best friend Danny Cutts had also passed away on Christmas Eve.

TV producer and reality star David Gest was found dead in a London hotel on 12 April 2016 after suffering a stroke. He was 62.

He came in 4th place on the 2006 series of I’m a Celebrity … Get Me out of Here! on ITV and went on to land three prime time TV series after the show finished This Is David Gest, Grease is the Word and Greased Lightnin’.

All hell broke loose when David was discovered alive and well in his bed, with housemates branding Angie ‘sick’ before others clarified that she meant her ex-husband, David Bowie.

Just seven years after finding fame on Big Brother in 2002, Jade died tragically young from cervical cancer. She was just 27.

While she only came fourth in Big Brother, she was one of the first reality stars to turn herself into a brand and amassed millions of pounds through perfumes, books and photoshoots.

But her entire career was derailed after a race row with Indian actress Shilpa Shetty in the CelebrityBig Brother house in 2007.

She became a pariah and was accused of ganging up on Shilpa with S Club 7’s Jo O’Meara and Danielle Lloyd after calling her ‘Shilpa Poppadom’ after a row about Oxo cubes.

The comments sparked outrage in the UK and India, receiving more than 50,000 complaints and even being discussed in parliament.

Desperate to make amends, Jade flew to India to make friends with Shilpa and compete in the country’s version of Big Brother when she was told she had cervical cancer.

Sadly, by the time it was found, the disease had already spread outside of her uterus and she died seven months later.

Samaritans (116 123) operates a 24-hour service available every day of the year. If you prefer to write down how you’re feeling, or if you’re worried about being overheard on the phone, you can email Samaritans at jo@samaritans.org