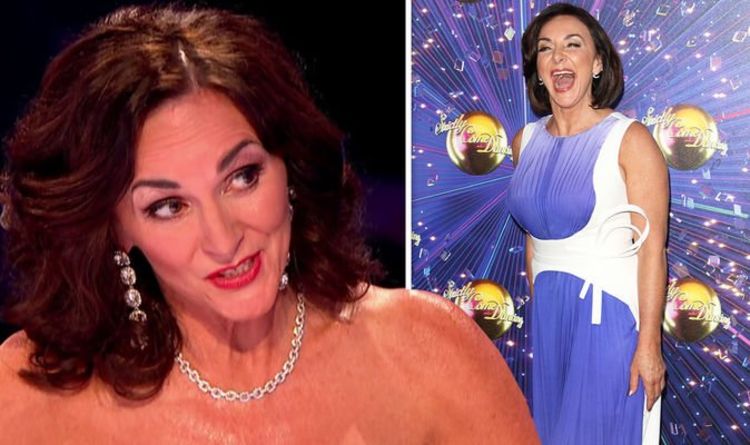 Shirley Ballas, 58, sounded excited to be returning to Strictly Come Dancing next weekend when she took to Instagram to share a behind-the-scenes video with her 122,000 followers. Standing with Anton Du Beke, 53, who had his arm around her, the judge said: “So, look who I’m with. This is a dream come true for me. I can’t say what it is, I can’t say where it is, well, you know when it is,” she quipped merrily. Teasing what it was the pair had coming up on the launch show, Shirley added: “But this is a true dream that I will actually get to mm mm mm mm mm with Anton Du Beke.”

Realising how saucy Shirley’s statement sounded when she blanked out the key words, Anton chimed in sarcastically: “That doesn’t sound suspicious at all!”

Bursting into giggles, she replied: “Well, you know what I mean.

“It begins with ‘D’,” she told fans, trying to make the innocence of her revelation clearer.

“Anyway, watch this space,” she added. “Waited a long time for this.

Shirley joined the Strictly judging panel back in 2017, while Anton is the last remaining member of the original line-up of pros on the show.

During rehearsals for the glitzy event, she was pictured making her way across the stage with fellow judge Bruno Tonioli, 63.

As she walked, she hitched her chic purple and white floor-length gown up around her hips but didn’t appear to realise she consequently exposed more than intended.

One snap showed Bruno gazing down at Shirley’s bottom half, seemingly concerned she might be flashing too much.

Despite the wardrobe malfunction, the Strictly favourite looked the picture of glamour.

The dramatic dress featured a corset-style bodice and a slight train and she paired the ensemble with strappy stilettos.

She also debuted a new look at the launch, showing off her freshly cropped ‘do in a short brunette bob.

Shirley wasn’t the only one to flash her pins that night, with Strictly Come Dancing 2019 star Anneka Rice also flaunting her legs in a very short dress.

The blue number boasted beaded fringing and skimmed her thighs, allowing her to show off her lithe limbs to their full effect.