The government has announced the lifting of all plan B restrictions in England from 26 January, which include compulsory mask-wearing in shops and on public transport, and the guidance to work from home.

Among the 3.7 million clinically extremely vulnerable people in England, the removal of these measures has raised concerns around their health and welfare. Three people who have been shielding throughout the pandemic told the Guardian about their experiences.

Lesley Brown, 60, a former IT business analyst from Stockport who retired last year, lives with her 27-year-old daughter who has Down’s syndrome. Both are clinically extremely vulnerable and have shielded together since March 2020.

“I’m immunosuppressed due to the drugs I take for rheumatoid arthritis, so we’ve been shielding even when official restrictions have been lifted,” said Brown. “We’ve just not been anywhere for two years: pubs, cinemas, theatres, not even shops really.

“The lifting of plan B restrictions is appalling,” she said. “I can’t see myself going out in the near future at all if people aren’t wearing masks now. My plan for retirement was to travel around the world, but my trip to India was cancelled. Even travelling on a plane would be stressful because the air on the plane is circulated, so we haven’t taken that risk at all.”

Brown has coped with the isolation by going on twice-daily walks with her dogs, Rosie and Otis, and by talking to her other daughter and son regularly on Zoom. But she is concerned that her daughter has lost independence.

“My daughter lost the opportunity to have her own flat. I’ve been trying for years to get her into her own accommodation, and the opportunity finally came up in Christmas 2020, but they wanted her to move in shortly before the lockdown. I wouldn’t have been able to visit her for several months, so we missed that opportunity and she’s still living at home.”

‘It’s the worst point in the year to lift restrictions’

Kate*, 49, who works for a university in the Midlands, is clinically extremely vulnerable after her spleen was removed after an acute illness in 2019. She started shielding when she took up her role at the university, a week before the government’s shielding programme officially began in March 2020.

“To be fair to the government, they did try in the beginning,” said Kate. “Shielding was handled well. We had letters to show to employers saying we should not be forced back to work. We had offers of support, and the uplift in universal credit was good for those who needed it. But over the last 12 months there has been almost nothing.”

Kate calls the lifting of plan B restrictions “a complete nightmare”. “I think this is the worst point in the year to be doing this. For them to say everyone can skip wearing masks again is genuinely frightening.

“Luckily for me, my employer has assumed I am continuing to shield, even though the government doesn’t support it. But I’m in support groups on Facebook where people in my sort of situation have been forced back into customer-facing jobs, which is appalling. You have the right to ask your employer not to do this, and there’s disability discrimination law, but there’s only so much you can do. Most people don’t have the money, time or the energy to fight it.

“In my previous job, I probably would have been back in the workplace six months ago, and been ill as a result. It shouldn’t be a case of luck; there should be a clear policy for the clinically extremely vulnerable. We’ve had new starters in my team and I’ve had to explain that they won’t be seeing me as I have a dispensation to work from home. But that shouldn’t be something I have to explain.”

‘It’s easier to shield in France’

Like Lesley Brown and Kate, Dave, a 66-year-old retired social services worker from Devon, has been shielding since March 2020 due to a history of leukaemia and heart problems. “From the outset, my wife and I completely closed down,” said Dave. “Apart from going out for walks, neither I or my wife have really socialised since it all began. We just didn’t see family except for WhatsApp, until some contact very recently. They’ve been very responsible with tests and so on – but even then we only met outside for a picnic.”

In the summer of 2021, Dave moved to rural France, a decision he had planned before the pandemic. Dave says he “feels safer” living in France than in Devon. “The difference was palpable when we arrived and saw people were wearing masks. It’s easier to shield in France because here there are Covid vaccine passes. For people like me, the vaccines have little or no effect, but I live in a rural area, so I can sometimes go to the food shop and the pharmacy when it’s quiet.

“In England, there has been more emphasis on personal freedom,” he said. “While there have been controversies about restrictions in France, there seems to have been more emphasis on pulling together here. I feel the medics, social workers and care workers aren’t being listened to in the UK, and the country would get behind them if the government gave them more credence and there was more awareness of the medically vulnerable.”

Some names have been changed. 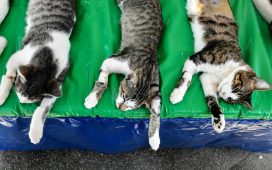 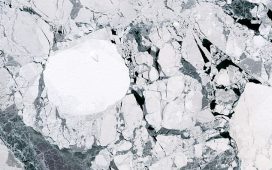 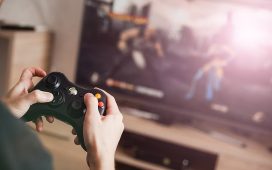 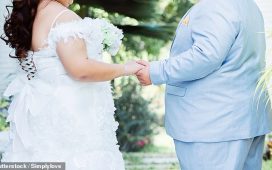