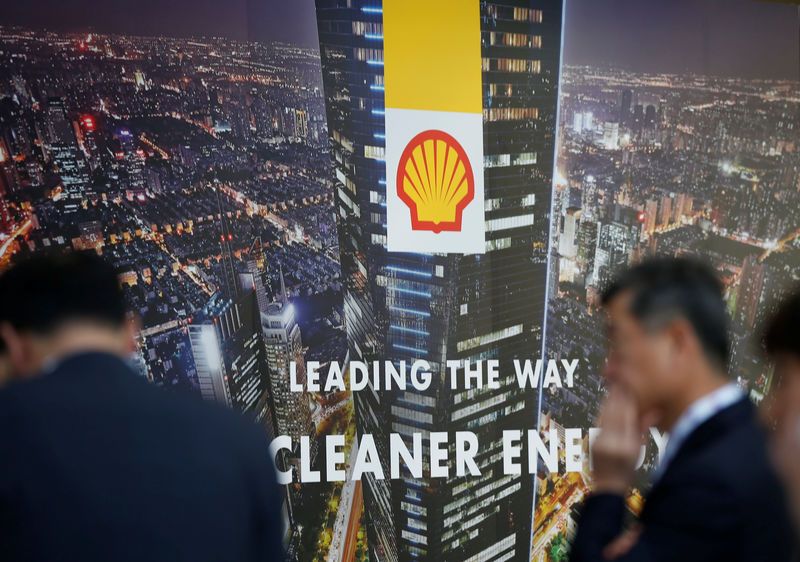 © Reuters. Logo of Royal Dutch Shell is seen at Gastech, the world’s biggest expo for the gas industry, in Chiba

By Ron Bousso and Susanna Twidale

LONDON (Reuters) – Just over a year after buying First Utility, Royal Dutch Shell (LON:) has rebranded the British household energy supplier and is switching all its customers to renewable electricity as the oil and gas giant seeks to expand its low-carbon business.

The move by the Anglo-Dutch company poses a challenge for Britain’s long-standing retail power suppliers whose profit margins have come under growing pressure due to intense competition and the regulator’s price cap.

First Utility, which has around 710,000 energy customers, has been rebranded as Shell Energy and joins a handful of energy brands such as Bulb and Octopus Energy that offer all customers 100 percent renewable electricity.

Shell hopes to attract more users by offering Shell Energy customers a 3 percent discount on fuel at its large network of petrol stations. It will also offer discounts for electric vehicle charging.

All of Shell Energy’s electricity will come from renewable sources such as wind, solar and biofuels it said.

None of the big six today offer 100 percent renewable energy as standard to all customers. Shell Energy will continue supplying to its customers.

“We are building on the disruptive nature of First Utility to give customers something better. We know that renewable electricity is important to them and we are delivering,” Shell Energy Chief Executive Officer Colin Crooks said in a statement.

Shell completed the acquisition of First Utility in February 2018 for around $200 million.

It plans to invest $1-$2 billion per year, around 5 percent of its total spending, on renewables and low-carbon businesses as it bets on a rapid growth in demand as the world battles climate change.

Britain imposed a household energy price cap on standard tariffs, but the regulator has allowed a 10 percent price hike from April due to rising wholesale costs.

All of the big six energy suppliers have announced rises in line with the cap and First Utility is also set to increase its standard variable tariff by an average of 117 pounds ($155) a year, or around 10 percent from April.

However First Utility said fewer than 20 percent of its customers were on the standard tariff.