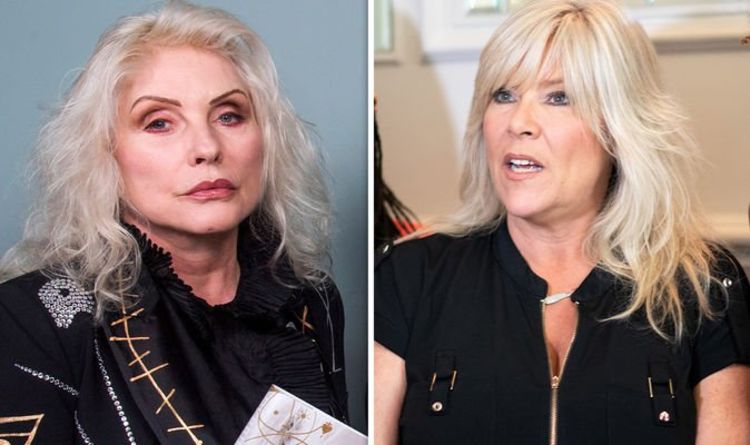 Sam Fox, 55, has recalled the time she met her idol Debbie Harry, 75, and declared herself a huge fan of her music, only to find herself snubbed by the pop legend. The former Page 3 girl met Debbie during the peak of her singing career, but was reportedly quickly blown off when the Blondie singer announced she needed “to go pee”.

Opening up on a time she had been starstruck, Debbie shared: “Meeting Whitney Houston. I was doing a festival in France with stars from all over the world.

“We all had closed rehearsals and she watched the whole rehearsal. She congratulated me on my No3 single in America [Touch Me] and said she really liked it.

“I asked her for an autograph and she wrote, ‘To lovely Samantha, God bless you’.

“Also, Debbie Harry. After telling her I was a fan since I was 10, she said, ‘Hold on a minute. I’ve just got to go pee’

“She never came back! I was sitting there like Sammy-no-mates,” she added to a recent issue of OK! magazine.

With her beauty, daring choice of clothing and two-tone bleached-blonde hair, Debbie quickly became a punk icon back in the 70s.

In June 1979, Blondie was featured on the cover of Rolling Stone.

Her fearless persona, combining cool sexuality with streetwise style, became so closely associated with the group’s name that many came to believe “Blondie” was the singer’s name.

International acclaim followed after her modelling days, when she launched her music career starting with the 1986 release, Touch Me (I Want Your Body).

The song reached the top of the charts in 17 countries and she has sold more than 30 million records throughout the world.

These days Sam is busy planning her upcoming nuptials to fiancée Linda Olsen.

The former glamour model, revealed she and Linda plan to follow tradition and sleep apart the night before their big day and will both be wearing white dresses for the ceremony.

She also revealed that Lemmy, lead singer of rock band Motörhead, offered to give her away before his death in 2015.

Samantha and Norwegian mother-of-two Linda postponed their summer Essex wedding last year due to the pandemic and are now holding out until they can have a big party.

The starlet revealed her “great mate” Lemmy had offered to step in and walk her down the aisle after her father died.

Express.co.uk has reached out to Debbie Harry for comment.