Shay Mitchell Reveals the Sex of Baby No. 1 in the Wildest Way 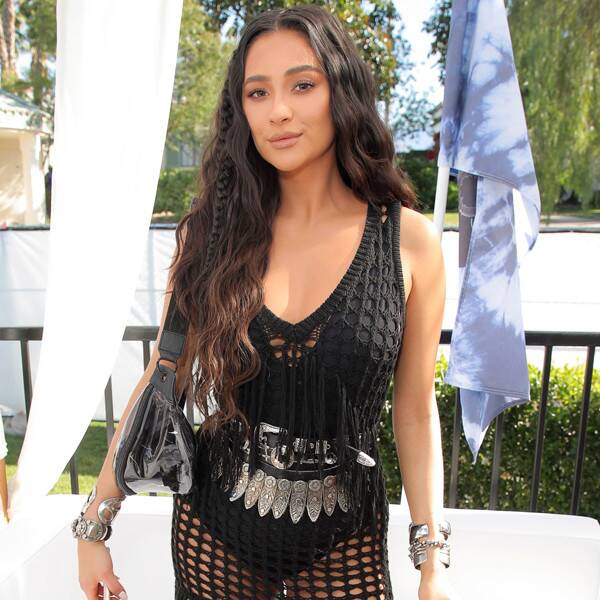 The You star continues to keep her fans on their toes throughout her pregnancy. Shay had the world in utter shock when she unveiled her maternity photos, months into the pregnancy. And now, she is surprising fans with a truly wild gender reveal.

To pull off the big celebration, the actress’ assistant recruited two Power Rangers. Yes, you read that right… Power Rangers!

Judging by Shay’s reaction, she was just as surprised as the viewers were when a pink and blue Power Ranger stepped out into her backyard. Or, should we say hurled themselves onto the grassy area. “A blue power ranger…. I knew it! Wait, what… we’re not having twins,” Mitchell shouted.

That’s when the battle began! The two characters play-fought in front of Shay and boyfriend Matte Babel. Their punches and kicks eventually landed them in the pool, where they struggled to breathe through their costumes.

Eventually, the pink Power Ranger overpowered their nemesis and landed in the arms of Shay and Matte, who were a bit dumbfounded by the whole thing. Matte joked, “Can you guys just say if it’s a girl or a boy?!”

Shay’s first reaction to the news? “Oh my god, everybody freaking knew!”

In fact, six out of the eight people they asked predicted that they would be welcoming a baby girl. However, it seems like Shay and Matte were convinced they would be parents to a baby boy.

Despite predicting the wrong sex, Shay says that she is “obviously” happy to be expecting a little girl. Although she joked earlier in the video, “I truly think I am having boy because, ugh, just the retribution of having a girl. My parents would just look at me and be like, ‘It’s karma bitch.'”

When they first shared the big news, Shay commented, “It’s going to be a wild ride!!” And this is only the beginning!

Congratulations to Shay and Matte!