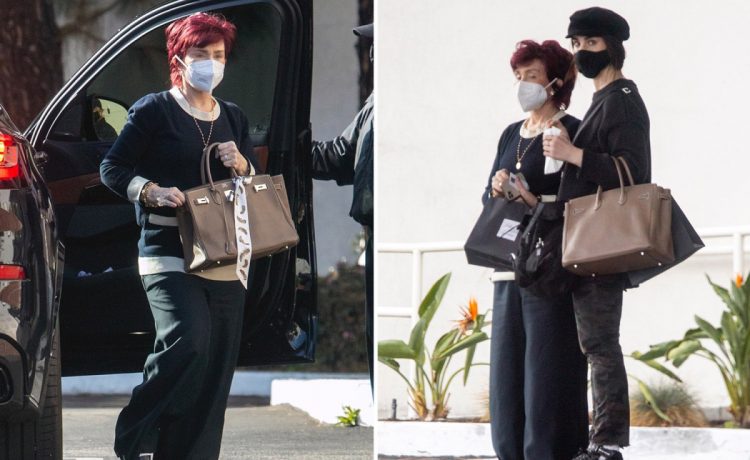 SHARON Osbourne made a rare public appearance with her daughter Aimee as they went shopping in Beverly Hills.

The Talk host, 68, and her eldest child Aimee, 37, indulged in some retail therapy at Saks Fifth Avenue.

Aimee – who has remained out of the spotlight unlike her famous family – wore camouflage pants, sneakers, a black jersey top and newsboy cap.

The mother and daughter wore face masks as they waited for their car to pick them up.

Aimee has enjoyed a low profile for years after choosing not to appear in her family’s reality show, The Osbournes, with her brother Jack, 35, and sister Kelly, 36.

The Osbournes ran for four seasons, from 2002 until 2005, and raked in millions of viewers.

She has instead been focusing on her music career and last year released her debut album, Vacare Adamare – which is Latin for “to be free and loved”.

Sharon, meanwhile, has ventured out after being forced to isolate alone following her diagnosis with Covid.

The TV host was briefly hospitalized with the virus and recovered away from her husband, Ozzy Osbourne, who is at higher risk of suffering complications related to Covid.

READ  Actor and comedian Orson Bean, 91, dies tragically after being struck by a car in Los Angeles

The Black Sabbath rocker, 72, has Parkinson’s Disease and has been battling the debilitating condition since 2019.

Sharon documented her reunion with Ozzy and their five dogs at the end of December with a sweet post.

Sharing a snap of her husband wearing a mask on the sofa alongside their dogs, Sharon wrote: “Got the OK to go home after two negative test results and look at the joy waiting for me!

“So grateful to be home for the holidays and thank you all so much for your love and support… Stay safe and wishing you the happiest of holidays.”

Sharon previously dished all on her and Ozzy’s healthy sex life on an episode of The Talk.

While discussing women’s sex drive, her cohost Sheryl Underwood asked: “How many times a day are you and Ozzy getting it?

“How many times is Ozzy walking up on you in the kitchen?”

The former America’s Got Talent judge responded: “We all know we oversexed, it’s not secret. He had enough for all… he liked to share.”

She added: “It’s getting less. It used to be three times a day, but it’s much less now. Let’s say a couple of times a week.

“Which is normal in a long, long relationship.”

She recently displayed her devotion to Ozzy by sending him a sweet message on his birthday.

Alongside a photo of the two embracing, she wrote: “38 years Married, 40 years Together, 51 years Friends…I love you to the 🌙 and back! Happy Birthday my ❤️ .”

The Talk’s Sharon Osbourne, 68, boasts she had ‘birthday sex’ with Ozzy, 71, after he jokes she wants it ‘all the time’ 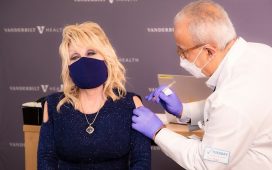 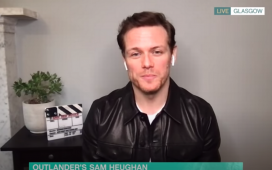