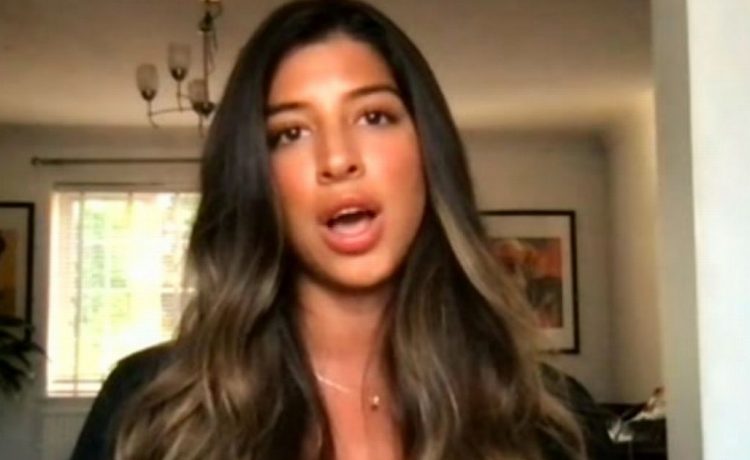 Last week, Chloe’s family spoke out about the threats she received since she joined the cast which resulted in Shannon’s exit.

ITV and Love Island backed the family’s statement and shared a message of support of their own and reminded viewers to be kind.

Now, Shannon, from Fife, has spoken out during an interview on Good Morning Britain and urged viewers to “practice what they preach” before sending such messages to those who take part.

Reminding viewers that the show is “a game”, she said she did not condone what was happening to Chloe.

Speaking to Richard Madden and Susanna Reid this morning, she said: “Yeah, I mean I love everyone’s support. I can’t believe the support I’ve had.

“But we’re in 2021 guys. Her family came out and made the statement about those death threats and stuff that she is getting, which I totally don’t condone at all.

“It’s a game show, you know she’s got a job to do. The fact she is receiving such horrible feedback from everyone, it’s not really nice.

“Everyone needs to practice what they preach which is to be kind.”

Shannon also had her say on which Islander was likely to leave the villa next, ahead of a dumping.

New girl Rachel Finni was forced to choose between Chuggs Wallis and Brad McClelland who to couple up with, and who to boot off the show.

There was a cliffhanger on Sunday night, meaning viewers have to tune in on Monday to find out her decision.

With this being the third cliffhanger of the series so far, that only started a week ago, many viewers kicked off over the twist.

“It was on for an extra 15 minutes. FOR WHAT #LoveIsland,” one person tweeted.

“Dear @LoveIsland i hate you for this. #loveisland,” another posted.

A third person added: “lol the whole episode is building up to the decision and we don’t even get it #LoveIsland,” while a fourth simply wrote: “fuming #LoveIsland.”

Good Morning Britain airs weekday at 6am on ITV.