Shane Dawson has faced intense backlash after apologising for using blackface and racial slurs in his previous videos.

The YouTube star has previously addressed his actions, after wearing make-up to look black in order to portray different characters, including Wendy Williams and Chris Brown.

And, in a video shared with his 23million subscribers on Friday (27 June), he issued an apology to anyone that was hurt by his behaviour.

‘Blackface was something that I did a lot. Like, I did it a lot on my channel. There’s no excuse for it, there’s literally no excuse,’ the 31-year-old explained.

‘I made a video six years ago talking about it and I gave excuses, I knew it was wrong, I knew I never wanted to do it again, but I didn’t do the work. I didn’t actually look into the history of it and why it’s so wrong, and why people were so upset.

‘Because my “excuse” [was] “I was just being funny, I love black people, I’m not a racist. I was trying to be funny.” All of that is stupid and wrong. And I put that onto the internet as an adult, and that is insane.

‘I’m so sorry. I’m so sorry to anybody that saw that, and that also saw that people were lifting me up and saying, “You’re so funny, Shane. You’re so funny”. I can’t even imagine what it would be like to be black and see this white f**king guy do blackface and the whole internet at that time be like, “LOL”.

‘That’s insane and I’m so sorry. I don’t know how to even fully apologise because it seems like something that is irredeemable. It’s something that I shouldn’t be able to get out of, I should lose everything for that.’

Shane insisted that he doesn’t have ‘hate for any race’ or any people, but understands that some of his jokes ‘went way too far’.

‘I think this year specifically changed me as a person and I started seeing black people who I know, who I am friends, who I’ve known for a long time, I’m seeing them openly talking about the years of anger they’ve had about racist jokes, about blackface, about micro-aggressions, everything that they’ve gone through,’ he continued.

‘And I felt like the biggest piece of s**t in the entire world. I felt awful. The biggest problem with me doing that and posting it on the internet was it made young people at the time who were watching me, think that it was okay. That’s the craziest part.

‘That’s scary because it made me realise I have been a part of such a huge problem, and I have been avoiding it, and that’s wrong.

‘So I’m so sorry. I’m sorry that I added to the normalisation of blackface or the normalisation of saying the n-word. That’s another thing, and my justification at the time for that was, “I was playing a character and it was in comedy and my black friend was there and that makes it okay.”

‘No, it’s not okay. And it’s not a funny word, especially for a white person to say.’

Shane admitted that he ‘should have lost his career’ for posting the clips in question.

‘Me as a white person, wearing a wig and playing a character, and doing stereotypes and then saying the n-word is something I should have probably lost my career for at the time,’ he said.

‘The fact that the word blackface will forever be attached to me, that’s the level at which I have been lately, just feeling very awful about myself, about what I did, about the jokes I made and the videos I made.’

He also insisted that since his past apologies, he has made a ‘lot of changes’ in his life.

‘I’m not just saying it,’ he added. ‘I did stop doing it. I stopped doing that stuff years ago. I don’t use any racial slurs in my life. I’ve never used a racial slur in anger ever in my life.

‘That is not me, that has never been me. I am not a hateful person, I am somebody who took jokes too far and was really, really, really stupid and inappropriate.’

The lengthy apology, which is just over 20minutes long, has been watched more than 3.4million times.

However the YouTube star came under even more fire for the clip, as viewers explained there was ‘no apology’ that could make up for his previous actions.

Taking to Twitter, one fumed: ‘Being racist is not a phase, wearing blackface is not funny, making sexualised skits with children is not funny. All of this s**t is disgusting, unacceptable and completely inexcusable.

‘There’s no apology that can make up for this. Shane Dawson needs to go and his friends too.’

‘I used to watch Shane Dawson everyday as a kid. I’m done supporting him,’ another penned.

‘His “apology” is bulls**t and he doesn’t know the meaning of taking accountability when he victimises himself and makes excuses instead.’

‘In Shane’s apology he keeps saying things like, “I would never do that”, “that’s something I wouldn’t do in my whole lifetime”, “that is not me”, “I wasn’t myself” when referencing things he ACTUALLY DID,’ a Twitter user added.

‘He is not taking responsibility, he is removing himself from his past by creating two different Shanes.’

MORE: Jacqueline Jossa posts loved-up birthday tribute to Dan Osborne after moving back in together 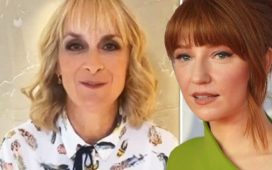 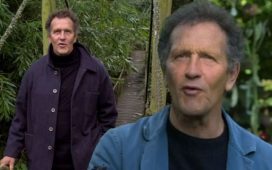 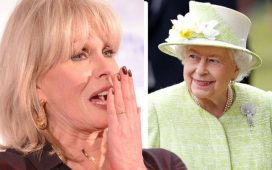