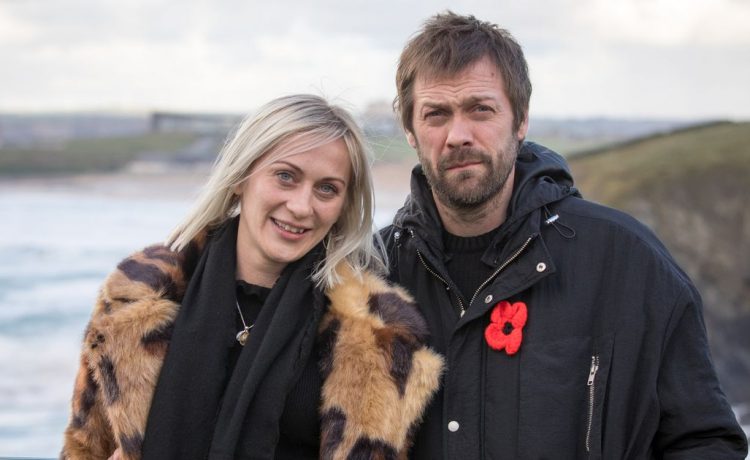 Shamed Kasabian frontman Tom Meighan has spoken out for the first time after assaulting his partner and being forced to leave the band.

The singer was handed 200 hours of unpaid work and an 18-month community order after pleading guilty to assaulting his partner Vikki Ager at Leicester Magistrates’ Court.

The couple are now putting the “life-changing” events behind them and looking to the future, with the hope of rebuilding Tom’s career.

They say the incident was a drunken squabble and not the violent domestic assault it was painted as in court.

Vikki, his partner of four-and-a-half years, said it was a one-off incident and that she had never known Tom to be violent before or since. She had asked the police not to proceed with a prosecution, asking for support for Tom instead.

The singer of Top 10 hits Fire, Empire and LSF says he was diagnosed with attention deficit hyperactivity disorder (ADHD) soon after the assault and stopped drinking alcohol eight months ago. Vikki believes the court appearance and sacking from the band has saved his life.

“We had too much to drink. I regret everything that happened that night – what I can remember of it,” he said. “I don’t condone it – it’s horrific. I love my partner to pieces.

“I was at a boiling point in my life – I didn’t know where things were heading. I was drowning myself with drink because of my problems and things going on around me.

“We had a fight and I took the brunt for it. I was fully responsible for what happened but we love each other and we’re getting over it.”

He added: “I reached a point in my life where I did kind of lose my mind. What I do in my life is not real and it affects you and I ignored the signals and it crept and crept and it got me.

“That was the lowest point of my life – I felt dead. I was a corpse walking around. I felt like I’d died on the day of the court case. I couldn’t get any lower. The media made it a thing, but I have a conscience and I say to Vix how sorry I am about it.”

His partner added: “He apologises daily. He really does. A lot of people have arguments and ours got taken to an extreme level.

“I gave as good as I got. We were both fighting. We were really drunk and I don’t normally drink. It was more of a squabble, it wasn’t domestic violence.

“Mental health played a massive part in it and a lack of support for mental health. Tom isn’t that person and I don’t think Tom was himself for a long time. He’s not a violent person. He’d never done anything like that before.”

Did Vikki ring the police?

She said: “No, my daughter phoned the police because we were having an argument and she didn’t need to hear it. I’ve still got messages on my phone now where I was asking police not to prosecute him. I asked numerous times for them not to take it further. I said, this isn’t Tom, he needs support. They said it had gone to the CPS.

“Tom needed a wake-up call, but that was beyond it and they went to town on him.”

The singer, who started Kasabian with college friends Serge Pizzorno and Chris Edwards in 1997, said: “It’s been awful. Vix’s family know my family, my dad knows her dad – it affects everybody. I know her brother from school. We’re quite tight.

“I’ve had massive support from friends and family – people know it’s not me. People will have other opinions, which is what it is, I can’t do anything about that. But I’ve had lovely support from fans, which has been great.

“I’m not excusing my behaviour, it happened, and it’s part of our lives now. I made a mistake and I was arrested and I had to deal with the consequences.”

His girlfriend agreed: “They know it wasn’t what was printed – they know it could never have been that way, because Tom isn’t like that. If I have so much as a headache, he’s ‘let me look after you’. He’s so gentle, he couldn’t do enough to look after me.”

While no-one else would touch him following the court case, Tom met Cornwall-based Coalition Music, run by Katrina Russell (who used to work with Oasis at Creation Records), Jules Bain and Lou Martin .

Kat said: “From a female point of view, Jules, myself and Lou – strong women who have all got a strong opinion on such issues – wouldn’t be managing Tom or having anything to do with him if it was a domestic violence situation.”

Vikki added: “And I wouldn’t be with him now if it was. I wouldn’t be sitting here in Cornwall. It was a cry for help and it’s definitely made us stronger.

“It was a squabble, which was made out to be more than it was… it was awful. In some ways, what happened was a good thing as it’s saved him. I really think he could have died, as he felt like he didn’t have anything to live for.”

Tom, 39, still finds it difficult to talk about Kasabian, who sacked him in light of his arrest.

“I can’t say if the band will ever get back together again. It’s raw – it’s like a wounded animal, it’s infected but the infection’s dying out now. I spent my life with them … and it must be heartbreaking for them as well to have seen me like that.

“It was becoming a treadmill and with my drinking … I love them boys, they’re my brothers … it made a lot of people cry when that band split.”

At that point, Tom started welling up himself and asked to take a break from the interview.

When he returned, he cited the Stone Roses song I Am The Resurrection and wanted to talk about the future and how – despite the assault sentence and loss of the band – he is positive for the future, but not before coming up with two movie metaphors.

He said: “I felt just like ET – when he’s left alone when the spaceship leaves. You know Superman 3 when Superman kills bad Superman? That’s what I’m doing. It’s a kind of rebirth.

“I feel really happy now, with Vix and everything going on with my future, meeting the management – who have been amazing. I’m high on the missus and the kids now.”

He has written and recorded demos for 13 songs, which he plans to record at Cube Studios, near Perranporth, in January, with a view to a 2022 release.

“I’ve written about me and Vix – before this incident and it all kicked off; heartfelt, beautiful, warm songs that are biography based. It’s very different from Kasabian. It will surprise people. It’s been time for me to reflect, get myself together and head upwards and onwards.”

Vikki added: “It will be very soulful – you’ll hear a broken soul, then a mended soul.” 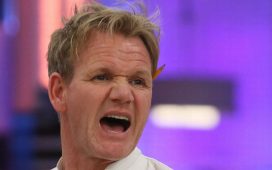 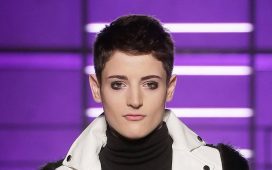