The founder of a sex party company has hit back at Labour MP Sarah Champion after she criticised the government for giving the firm state support via a Covid-19 business loans scheme.

The government loaned £170,000 to Killing Kittens, which styles itself as a female-led sex tech firm, through the Future Fund designed to help fledgling businesses grow despite the pandemic.

The loan, finalised this week, is made up of convertible notes, meaning the government could end up owning nearly 1.5% of the company.

The decision prompted criticism from Champion, who called on the chancellor to “take steps to stop payments” to Killing Kittens.

The firm’s founder, Emma Sayle, said she had been surprised by the intervention, insisting that the firm was focused on empowering women. Men are not allowed to approach women at its parties unless invited to do so.

“A lot of people see it and think sex parties are a whole lot of old seedy men going to get their rocks off,” said Sayle. “Had it been a 60-year-old male MP, I’d have expected it, because that’s the kind of trolling I have had on social media for 15 years.

“I didn’t expect it from someone who claims to champion women’s rights. A certain type of feminist think women need to keep their clothes on and only sleep with husbands and boyfriends to have self-respect.

“Had she really done her research and known what we were about, she’d know we align with a lot of what she stands for.”

Champion, the former shadow minister for women and equalities, did not return a request for more detail about her objections.

To secure state support, Killing Kittens first had to raise £170,000 via crowdfunding platform Seedrs. The Future Fund then matched the amount.

Seedrs has said it “passes no moral judgment” on the nature of the company’s business.

Sayle said Killing Kittens would use the funding to accelerate digital expansion, given the effect of the pandemic on sex parties.

The group is aiming to build an adult social network that Sayle described as a cross between Facebook and Bumble, a dating app where women initiate contact with men. She said this would allow adult firms, such as sex toy manufacturers, an alternative advertising platform to social networks that do not permit such content. 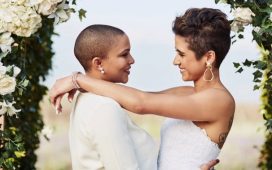 My boyfriend never initiates sex – how can I help him to be more confident?

Virtual intimacy: is the era of actual sexual contact under threat?

How we met: ‘He bought me a toothbrush to keep at his flat – and I panicked’

‘It was so nasty. He laughed in my face’: How to love and trust again after a big romantic betrayal