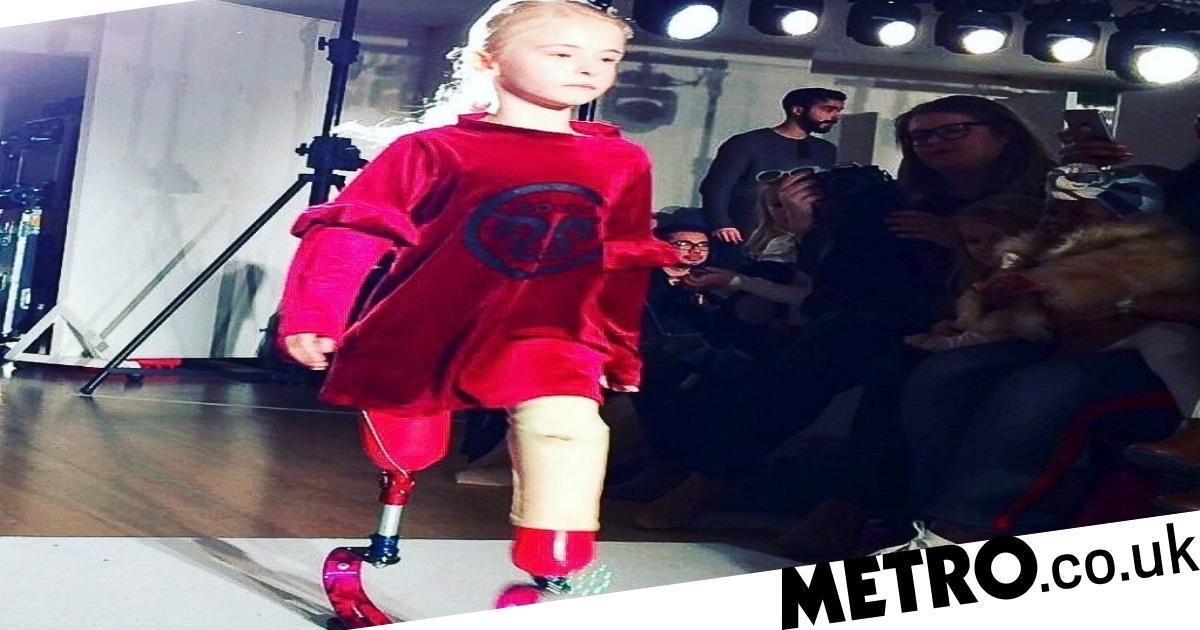 The double amputee from Birmingham had signed with Zeebedee Management, an agency that focuses on diversity, and was invited to walk at LKFW – London Kids’ Fashion Week, where she was the shining star on the runway.

It was recently announced that Daisy-May is to become the first double amputee child to take part in New York Fashion Week and just today it was also revealed that she will model at the top of the Eiffel Tower during Paris Fashion Week on 27 September.

The young girl was born with a condition known as fibular hemimelia, a birth defect which meant she had a tiny fibular bone in one leg and none at all in the other. So, her parents decided the best choice for her was to undergo a double below the knee amputation.

Daisy-May is also set to become the first double amputee child to walk a runway at Paris Fashion Week, according to Eni Hegedus-Buiron, the founder of Lulu et Gigi.

Speaking about her invitation to New York and Paris, her dad, Alex, told the BBC: ‘You can’t go any higher, in terms of the people who will be there.

‘I asked her if she wanted to practice and she said “I’ve done it before”.

‘But she deserves it, she has put the work in.

‘When people see her they don’t say “Poor Daisy”, they say “Wow, I want to be like Daisy’ because she has so much energy”.’

She’s a role model for children across the globe.

Not to mention, a budding fashion star.

MORE: Meet the 7-year-old model without legs who seriously works the runway

MORE: 68-year-old glamour model poses in the same bikini she wore in her 20s