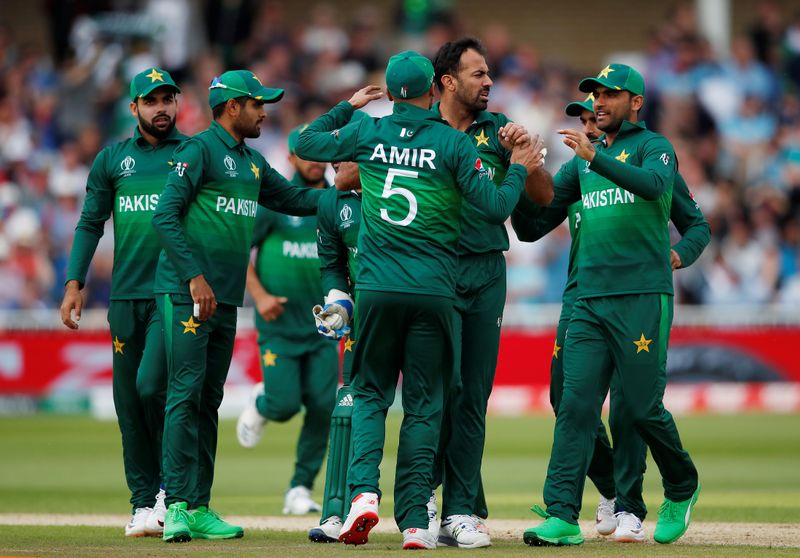 LONDON (Reuters) – Seven more Pakistan players have tested positive for COVID-19 after being screened ahead of their tour of England, taking the total to 10, the country’s cricket board (PCB) said on Tuesday.

The PCB on Monday confirmed Haider Ali, Haris Rauf and Shadab Khan had tested positive for the virus.

“Like Haider, Haris and Shadab, none of the seven players and masseur had reported any prior symptoms of COVID-19 until they underwent first round of testing on Monday ahead of the side’s departure for Manchester,” the PCB said in a statement.

“The PCB medical panel is already in contact with these players and the masseur, who have been instructed to observe strict quarantine at their homes for their and their families’ wellbeing.”

Pakistan’s test and limited-overs squads are set to tour England for three tests and three Twenty20 internationals. They were due to fly out later this month before going into quarantine ahead of the first test starting on July 30.

England director of cricket Ashley Giles said the tour was expected to go ahead.

“At the moment I don’t think the series is in doubt. We’re far enough away from the start of the test series to not worry about that too much at the moment,” Giles told reporters on Tuesday.

“There are some more test results coming out later from the rest of the group, so we’ll see what that says. But we’re still hopeful that the Pakistan team will be arriving in the country fairly soon.”

The rate of new coronavirus cases has been rising fast in the country of 207 million people but Prime Minister Imran Khan — a former Pakistan cricket captain — has ruled out a nationwide lockdown.

“The situation in Pakistan is not great at the moment and our thoughts go out to the whole country. Clearly it’s important that we get those guys in this country and we get on with that series,” Giles added.

England are returning from the coronavirus shutdown with three tests against West Indies next month with the first scheduled to begin in Southampton on July 8 without spectators.