Seven grey whales on their annual migration to Alaska have washed up dead on the coastline of San Francisco in the past six weeks.

Warming ocean temperatures along the Californian coast due to melting Arctic ice could be killing off creatures that the whales feed on, experts say.

As the mammals move closer to shore in search for food collisions with ships are also becoming more likely, researchers warn.

Autopsies on the whales revealed that four had empty stomachs and likely died from starvation and the remaining three had been healthy, but struck by boats. 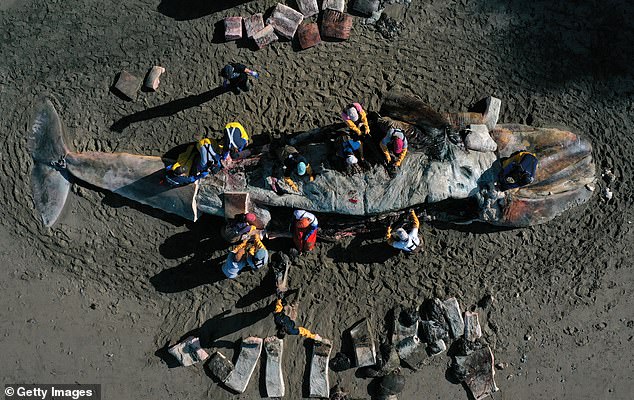 Seven grey whales on their annual migration to Alaska have washed up dead on the coastline of San Francisco in the past six weeks. Warming ocean temperatures along the Californian coast due to melting Arctic ice could be killing off creatures that the whales feed on

The journey for grey wales to the Arctic starts in the Winter and the whales are usually spotted travelling through California from December.

The first of the dead wales washed up on shore in early March.

A 23ft (7m) female whale was seen floating between Tiburon and Angel Island on and washed up near Belvedere Cove.

Marine experts said at the time that they found a lack of blubber and body fat on the whale and its stomach was empty.

Padraig Duignan, chief research pathologist at the Marine Mammal Center in Sausalit California, said it was likely the malnourished whale had not eaten enough over the winter.

He said: ‘It’s likely that after not feeding this winter, she didn’t have enough reserves built up to survive her journey north.’ 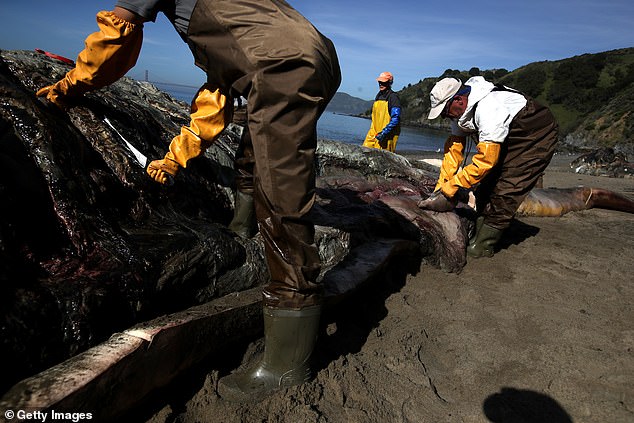 READ  The US government claims I'm a 'domestic terrorist'. Am I? | Ken Ward

While three of the deaths have been attributed to starvation, the other four were struck by ships, experts say

They said that the animals are also staying in the bay much longer than usual during their annual northward migration from Mexico to Alaska.

Each year, Californian grey whales breed in the coastal lagoons of Baja, California, and travel with their offspring 12,000 miles (19,000km) north to the Arctic to feed in spring.

While it is not unusual for whales to be hit by ships while travelling along the Californian coast, starving to death on the way to the Arctic is unusual.

This is particularly the case since the mammals are effectively under periods of starvation on their way to feed up north. 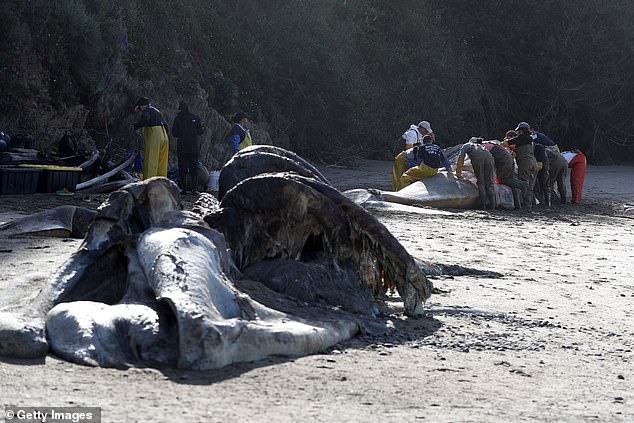 Warming ocean temperatures along the Californian coast due to melting Arctic icecaps are thought to be reducing the availability of feed for the whales, while the balmier waters are making them stay longer 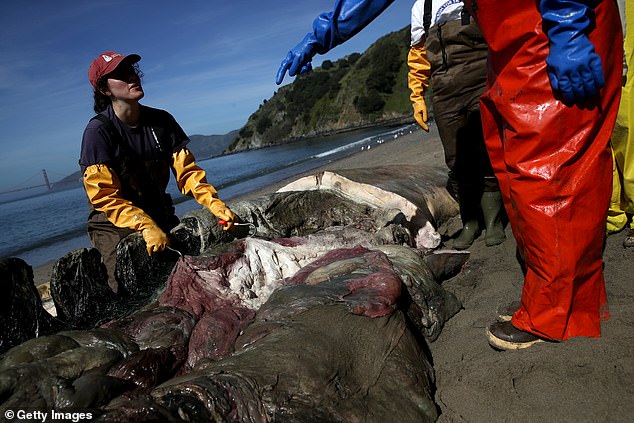 This is making collisions with ships more likely, as they move closer to shore in search for food

In recent weeks, whale watchers in California have noticed more than average numbers of grey whales along the coast, many spotted as close to shore as the San Francisco’s Golden Bridge.

Scientists think the whales are foraging for food due to a depletion of resources in the water on their usual route to the Arctic.

The latest batch of washed up whales have surprised scientists in that three out of seven seem to have died from starvation, after looking noticeably ‘skinny’.

READ  Not even half of organizations worldwide are prepared for cyberattacks, reveals a new report

‘Our guess is that they are superhungry, maybe looking for a little food before continuing north.

‘In a typical year, we see two or three gray whales come into San Francisco Bay.

‘They’ll come for a day or so and then leave.

‘But why are they staying this long? We can’t really figure out what these guys are doing,’ said Mr Keener. 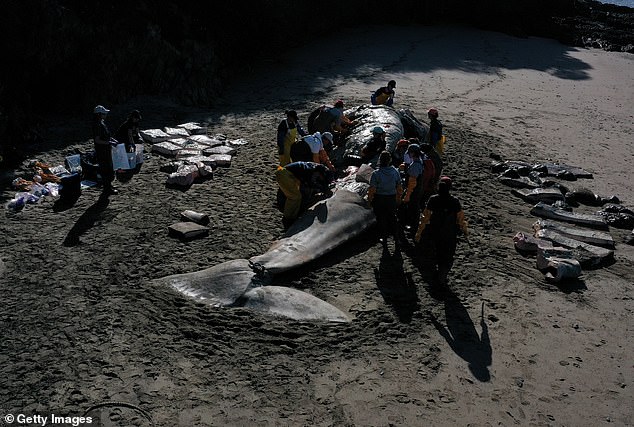 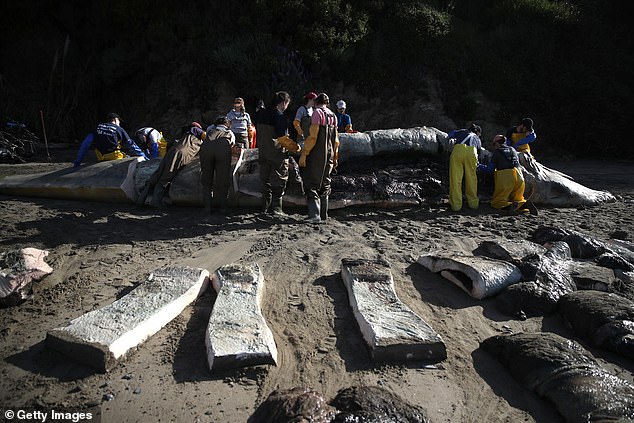 Some scientists have suggested that melting ice caps are creating pockets of warm waters along the Californian coast, which is disrupting their migration schedule.

While there is usually a cold currently running southward along the Californian coast, warming ocean temperatures in recent years due to melting ice caps in the Arctic have created a warmer habitat in the region.

It is potentially changing the population of species in the coastal waters, including prey for the whales.

This could include changes to small fish and shellfish populations that can also affect other animals in the area.

The availability of anchovies and sardines, which forms a major food source for  many mammals in the region, is low and continues to decline.

Elliott Hazen, a research ecologist with NOAA’s Southwest Fisheries Science Center in Monterey, California, said: ‘a lot of signals point to the fact there is just not enough food to support some of these sea lion habitats.’

‘What have rebounded are anchovies, a dietary staple of the humpback, which has the rare ability to feed on small fish and krill. But anchovies are behaving differently, too.’

The other explanation in terms of grey whales is that as their numbers have rebounded in recent years, the availability of food is an even bigger problem.

WHAT DO WE KNOW ABOUT CALIFORNIA GREY WHALES? 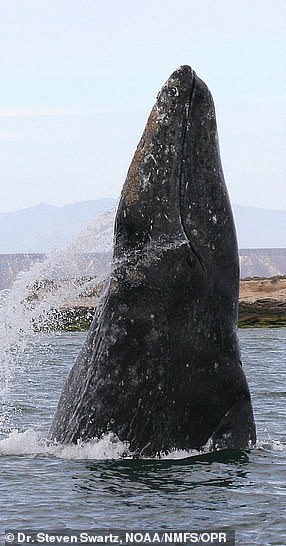 These marine mammals can grow up to 50 feet (15 metres) in length.

They are commonly spotted surfacing to breathe through their blowholes.

Grey whales eat by filtering food out of the water close to the sea floor.

The backs of grey whales are often covered with parasitic creatures like barnacles, making them look like crusty rocks.

Grey whales are among the world’s greatest migrators, journeying annually from Alaskan waters to the warmer Mexican coast every winter.

While once a target of extensive hunting in the early 20th century that brought them close to extinction, they have since been removed from the US endangered species list following legal protections that have allowed their populations to recover

Fruit: Apple found by a jogger on a woodland run in Wiltshire turns out to be a new variety

Pitbull gives equipment to SLAM! charter school chain he helped start as he invests in CLMBR