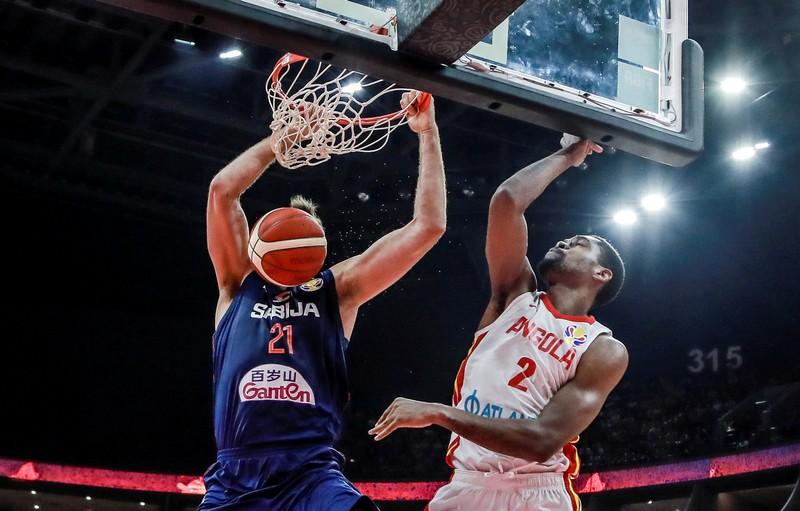 BEIJING (Reuters) – The basketball World Cup heavyweights opened got their campaigns on the right track as Serbia romped to a 105-59 win over Angola, Italy mauled the Philippines 108-62 and 2006 champions Spain strolled to a 101-62 defeat of Tunisia on Saturday.

Russia were forced to dig deep for an 82-77 victory against Nigeria as they erased an eight-point fourth quarter deficit and Puerto Rico produced a strong final period to edge Iran 83-81 after trailing by 18 points at halftime.

Holders the United States start their quest for a third successive and sixth overall title against the Czech Republic on Sunday with a second-string roster after 17 of their household NBA names pulled out of the 32-nation tournament in China.

Serbia, the 2014 runners-up and Olympic silver medalists in 2016, fired on all cylinders against Angola as they nailed 13 three-pointers from 20 attempts.

Serbia coach Aleksandar Djordjevic, who won three European championships and the 1998 world title with the former Yugoslavia as a player, was pleased with his team’s no-nonsense approach.

“We made a flying start and controlled every aspect of the game from start to finish,” Djordjevic told reporters.

“This will boost our confidence ahead of the upcoming games. It’s a long road and we have to stay humble, although we know what we want to achieve here.”

READ  Tennis: Anderson back to winning ways in ATP Cup

Russia looked like ending up as the opening day’s casualties after the unfancied Nigerians took a 71-63 lead midway through the final quarter but a 10-0 run turned the tide as the west African side ran out of steam.

All 12 Italian players got on the scoresheet against the Philippines with Luigi Datome and Amedeo Della Valle scoring 17 points apiece, while Oklahoma City Thunder forward Danilo Gallinari netted 16.

David Huertas was instrumental in Puerto Rico’s win over Iran as he scored a game-high 32 points, having nailed five of his seven shots from three-point range.

In the day’s other games, hosts China overpowered Ivory Coast 70-55, Poland beat Venezuela 80-69 and Argentina made light work of South Korea with a 95-69 win.

WayForward is Working on a Bakugan Game – Paste – Paste Magazine