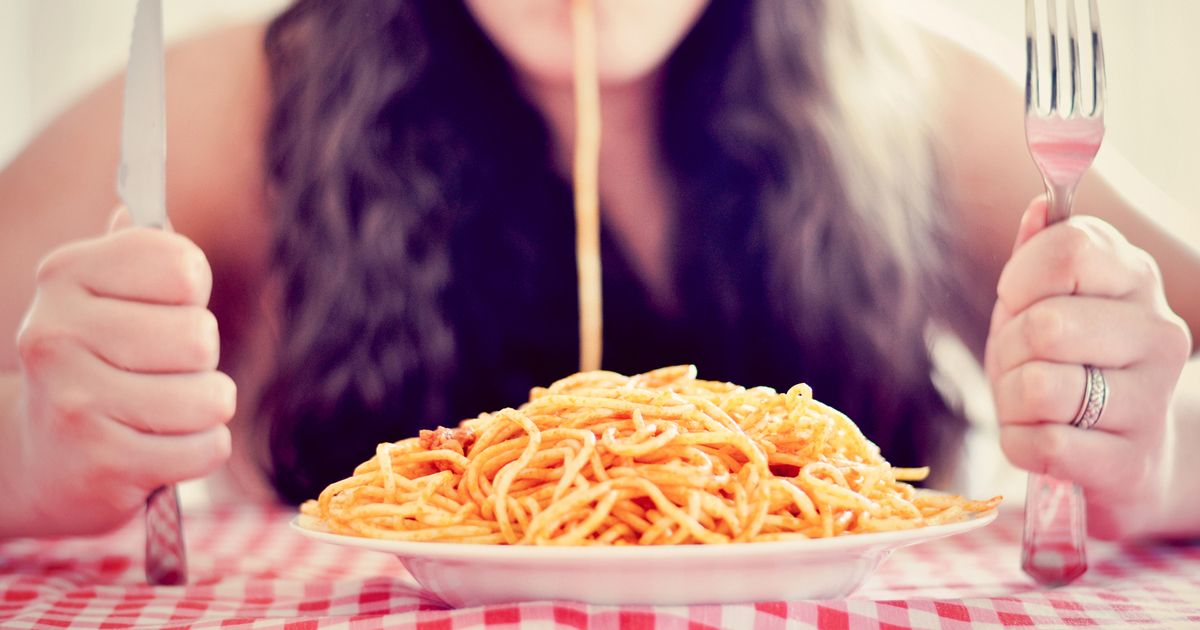 The old saying goes: “You are what you eat.”

We have been told for years that what we consume is the most important factor when it comes to staying slim.

But the popular trend for fasting diets is adding increasing evidence to the idea that when you eat – or don’t eat – is more important than what you eat.

Intermittent fasting (IF) – controlling when you eat by skipping food altogether for fixed periods – went mainstream with the inception of the original 5:2 fasting diet.

But now slimmers are pushing the IF trend to new extremes, with plans that are more and more restrictive.

Enter the drastic OMAD, or One Meal A Day diet, which has built a celebrity following, including Twitter CEO Jack Dorsey, who claims it keeps him “focused” during the day.

Meanwhile, US reality star Kourtney Kardashian is a self-confessed fasting devotee, who doesn’t eat for 14-16 hours after her 6pm evening meal.

Closer to home, TV favourite Phillip Schofield has talked about how he lost two stone by following the 5:2 fasting diet.

And even Prince Charles is said to have had a go, having kept his weight stable by eating only a light breakfast and then nothing until dinner for more than 30 years.

But despite the popularity of fasting diets, many questions remain. How does IF work, which version is best for you – and, most importantly, is it safe?

Here we unpack the lot…

How you lose weight with if “Intermittent fasting is all about letting your insulin levels drop very low, which is what happens when you don’t eat for long periods,” explains dietitian Azmina Govindji.

“In theory this triggers your body to burn off your fat stores for energy.”

In addition, with fasting, you end up eating less food overall as you’re unlikely to make up all the missed calories from the meals you skip in the restricted window when you can eat.

But whether this leads to greater weight loss than with other traditional diet methods isn’t yet clear. One trial in 2017 compared IF versus a standard calorie restriction diet for a full year and concluded both forms of dieting were similarly effective.

However, any diet is only effective if people stick to it – and many slimmers say they find IF much easier than cutting calories.

Diet followers claim fasting gives vital organs and the digestive system a rest from breaking down food thus reducing stress and inflammation in the body, which they say can lower the risk of serious conditions, such as heart disease.

And because it lowers insulin levels, many – including 5:2 diet guru  Dr Michael Mosely, who claims to have reversed his own Type 2 diabetes with IF – believe it could lower your risk of diabetes.

However, most of the trials to date have been animal studies, and more human research is needed to confirm these benefits.

There is currently no evidence to show that IF – even the extreme OMAD – is harmful, and experts say healthy people of any weight can consider fasting as a way to shed pounds.

Danielle Jones, 33, is a copywriter. She lives in Portsmouth with her husband and two daughters, aged two and four:

Three months ago I saw a shocking picture of myself that was a real wake-up call. I couldn’t believe how big I’d got and realised I had to do something about it.

When I was 23, I weighed just 7st 5lb, but over the last decade had slowly piled on weight – especially after having my two daughters.

I’d tried various diets over the years, including slimming clubs, but never kept the weight off for long.

My main meals were actually pretty healthy, but my downfalls were drinking 10 cups of tea and coffee daily, each with 2tsp of sugar, plus a litre and a half of full-fat Coke. I also liked to snack on Pringles and Dairy Milk after dinner.

In all, I was totalling around 4,500 calories per day. 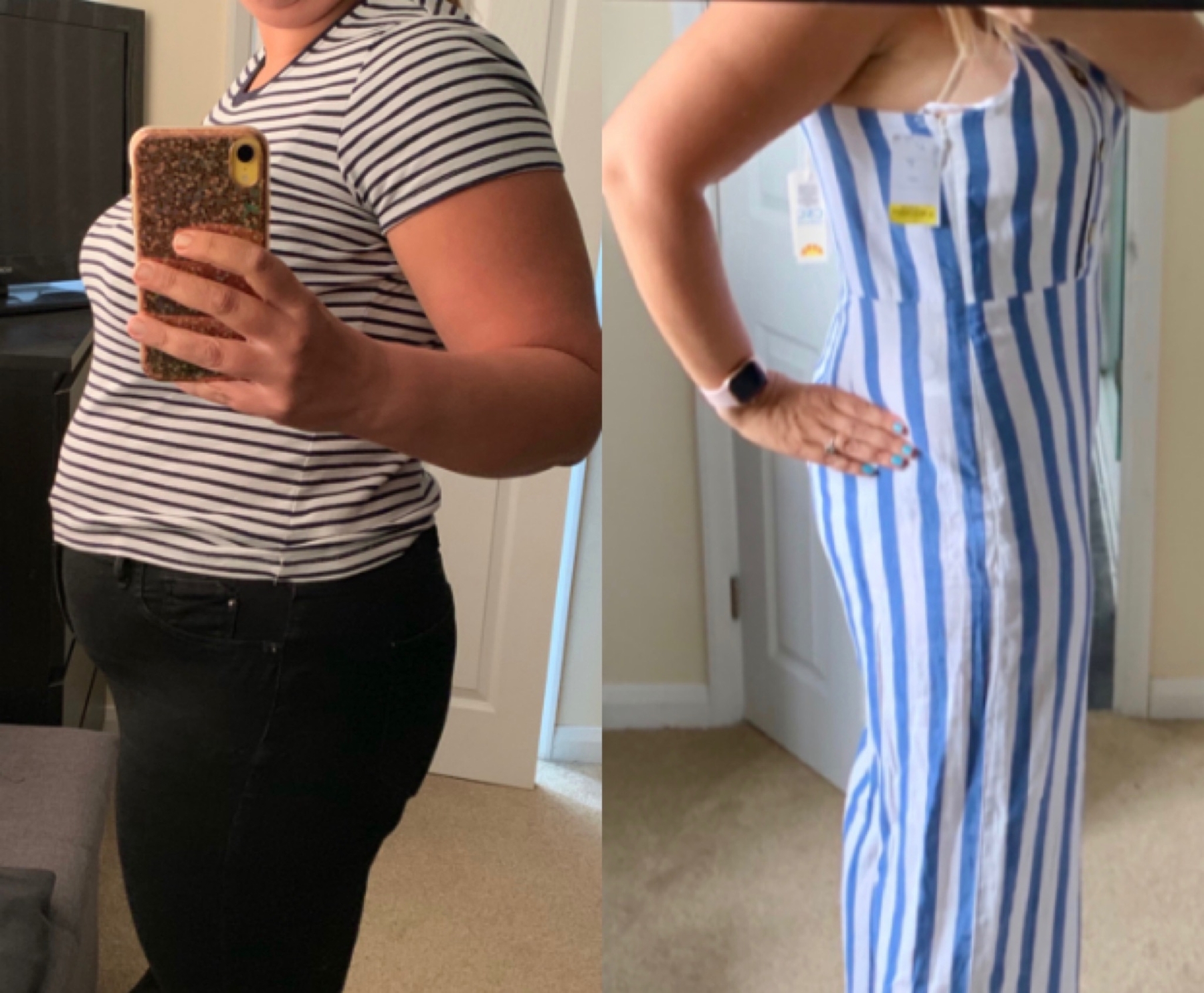 I liked the idea of fasting as I’ve always tended to skip breakfast, so I looked into the 5:2 diet.

But as an all-or-nothing person, I thought I’d find it too hard to stick to the 500-calorie limit on fasting days, as once I start eating I find it hard to stop.

So instead I chose the 16:8 intermittent-fasting programme. While on the diet, I continued skipping breakfast – only having black coffee in the morning until lunch at 12 noon – and then ate dinner around 7-8pm.

I couldn’t believe how easy it was – apart from the odd hunger pang, which passed with a glass of water.

I felt great with lots of energy. I did find my sleep was disturbed for the first couple of weeks, but this soon settled.

The weight started falling off immediately, at around 5-6lb per week for the first six weeks. This has now levelled out to 1-2lb
a week. After a few weeks, I found I didn’t even need lunch and so switched to having just one meal a day (OMAD) at 5pm.

Again, this was surprisingly easy.

Now that I’m eating only once a day I’m very careful to make sure the meal is packed with protein, healthy fats, good carbs and fruit and veg. For example, last night I had chicken fajitas with lots of veg, cheese and sour cream.

After three months, I’ve lost 30lb. I now weigh 12 stone and my BMI is 27. I’m going to keep going until I reach my goal weight of 9st 5lb. At a recent health check, my results were very good.

Not only am I healthier for my kids, I’ve also been buying size 14 dresses in shops I couldn’t go into before. I love this way of eating and will never go back to three meals a day.

READ  Cat with diabetes is desperately looking for a loving home

Although, as with any new diet, you should always check with your GP first.

There are some exceptions, however.

IF is probably not for you if any of the following apply:

Indeed, Azmina also has some concern about nutrition.

She says: “With our current lifestyles, it’s hard enough to ensure you get enough nutrients eating three meals a day.

“So eating fewer meals – ­especially just one – can make you run low in key nutrients unless you’re very careful to eat a good range of healthy foods in the right amounts.”

The main types of IF

This diet, devised by Dr Michael Mosley, kicked off the whole fasting trend. When following this diet, you eat normally for five days a week and then fast – eating only 500 calories for women and 600 calories for men – for any two non-consecutive days each week. There’s pretty good evidence it can help you
lose weight.

Often called the “every other day diet”, here you alternate daily between eating normally and fasting, when you have one very small meal (500/600 calories). The main downside people report is going to bed hungry every other day.

The 16:8 method involves daily fasts of 16 hours for men, and 14-15 hours for women, who are thought to do better with slightly shorter fasts. Each day you restrict your eating to an 8-10 hour window. This can be as simple as not eating anything after dinner at 8pm, then skipping breakfast, and only eating again at noon the next day.

The most extreme version of intermittent fasting, OMAD allows eating for one hour only in a whole 24-hour period. You can eat whatever you like within that hour, but when you’re not eating, you’re only allowed to drink black coffee and water. Followers claim it offers faster weight loss than other types of IF.