Seal pup waves to camera while sunbathing on British beach 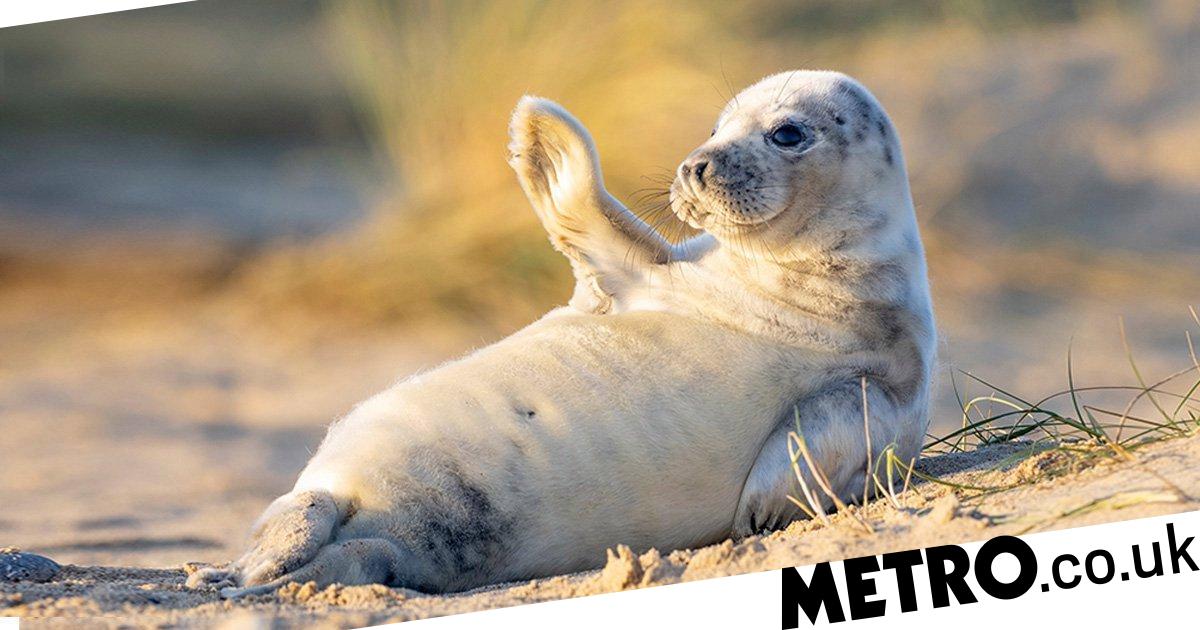 A photographer managed to capture the moment a seal pup enjoyed having his picture taken so much he began waving for the camera.

Johan Siggeson took pictures of the adorable seal showing off at Horsey beach in Norfolk just as the sun came out.

He said: ‘It was an amazing experience to spend time with these seals.

‘We had some horrible weather the first days with rain, hail and wind.’

Johan, who is originally from Sweden but lives in Malta, spent time with the seals at the sandy beach on the east coast of the UK, popular with tourists for its seal spotting.

Seals are often seen bathing on the sand during the winter months, with the seal in Johan’s picture stretching out and holding up its flipper to say hello.

Mr Siggeson, who took the pictures earlier this month, later wrote on Facebook: ‘Back to the babies again then. It’s easy to be drawn to these cuties when working on the beach here in the UK.

‘If you lack a bit of inspiration there’s always a cute pup around.’

He said he took the picture using a 600mm lens from at least 10 meters away from the animal and it appeared in ‘complete bliss’.

Common seals come ashore to give birth from November to January which means winter can be a busy time for seal spotting.

North of the beach is Blakeney Point nature reserve which is home to Common and Grey seals.

READ  Gli the Hagia Sophia guard cat will be allowed to stay now mosque is open for worship again
Share on FacebookShare on TwitterShare on PinterestShare on Reddit
newsgrooveDecember 30, 2019 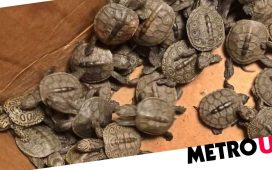 Long-term stress in dogs linked to the owner-dog relationship