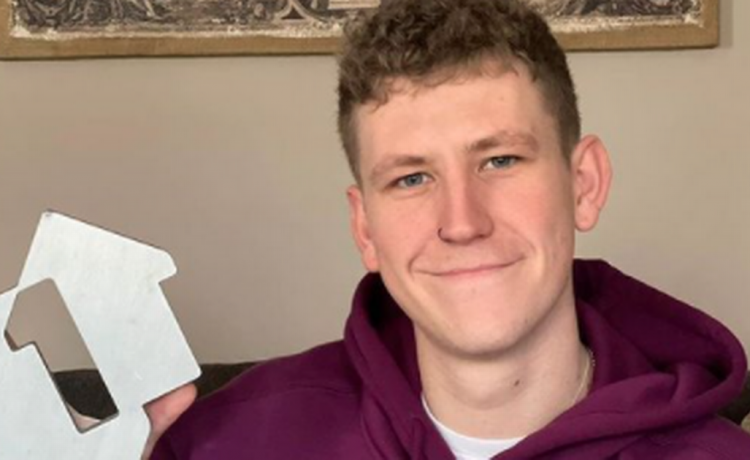 Sea Shanty hitmaker Nathan Evans was over the moon today as his song reached number one in the UK charts.

The Airdrie lad had been campaigning to get his track Wellerman to number one after it had been floating near the top for a few weeks.

And today when it finally happened, Nathan took to Instagram to thank his fans for making it happen.

In his post, Nathan said: “Wellerman is a UK NUMBER 1! I still don’t believe it… Thank you from the bottom of my heart to all of yous that bought the single and listened to it. This is just the start!! #WellermanForNumberOne.”

And fans were quick to congratulate Nathan from Airdrie, on his success.

While another added: “That is amazing man! I’m so happy for you!”

And one penned: “Totally deserved!!!”

Last weekend, Nathan had the honour of closing Ant and Dec’s Saturday Night Takeaway’s ‘end of the show show’.

During the grand finale of the show, Nathan was joined by Ant and Dec on stage as they sang along to special lyrics of Wellerman’s Sea Shanty which was tailored to the show.

On the big screen, many celebs joined in virtually including Joan Collins, Laura Whitmore, Brian May, Chris and Rosie Ramsay, Drag Race’s Lawrence and many more.

Nathan recently announced details of his 2021/2022 UK and European tour, which kicks off on December 1 in Dublin and comes to Glasgow’s King Tuts on December 12 and 14.

He said: “I’ve got a few songs I’ve written and I know how I want them to sound, but if people wanted another shanty, or something along those lines, I’d be happy with that.