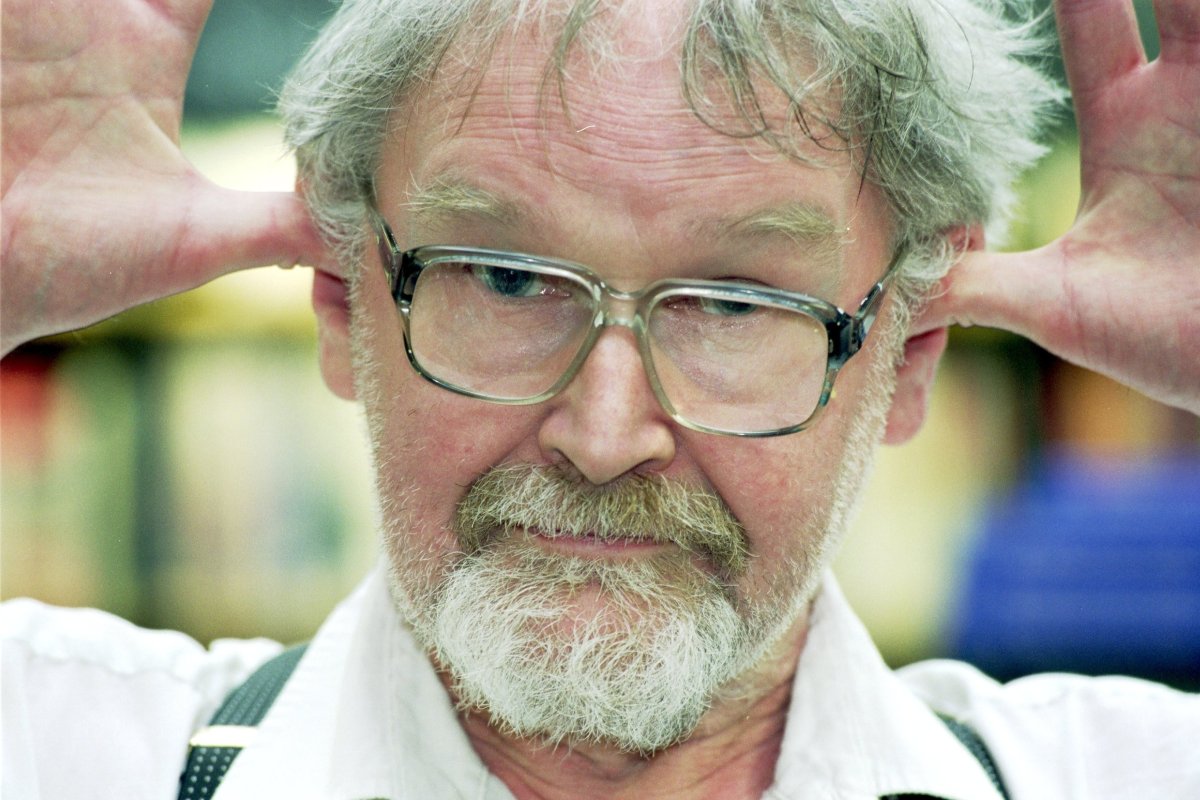 The scribe passed away at the Queen Elizabeth University hospital in Glasgow earlier today.

Tributes have now flooded in for the pensioner who wrote over 30 books – including the hit Lanark.

Nicola Sturgeon expressed her own sadness at the news.

She said: “Alasdair Gray was one of Scotland’s literary giants, and a decent, principled human being.

“He’ll be remembered best for the masterpiece that is Lanark, but everything he wrote reflected his brilliance.

“Today, we mourn the loss of a genius, and think of his family”.

Such sad news. Alasdair Gray was one of Scotland’s literary giants, and a decent, principled human being. He’ll be remembered best for the masterpiece that is Lanark, but everything he wrote reflected his brilliance. Today, we mourn the loss of a genius, and think of his family. https://t.co/rJMWdfoRNL

His family said: “Early this morning we lost a deeply loved member of our family.

“Alasdair was an extraordinary person; very talented and, even more importantly, very humane.

“He was unique and irreplaceable and we will miss him greatly. We would like to thank Alasdair’s many friends for their love and support, especially in recent years.

“Together with the staff of the Queen Elizabeth hospital, Glasgow, who treated him and us with such care and sensitivity during his short illness.

“In keeping with his principles Alasdair wanted his body donated to medical science, so there will be no funeral.”

His agent Jenny Brown paid tribute to him, saying: “We mourn Alasdair Gray’s passing, but his genius will live on for readers through his remarkable work.

“He was a cultural trailblazer: nobody has done more to spur on, and give confidence to, the next generation of Scottish writers.”

Social media was flooded with tributes after the sad news broke.

Among them was the SNP’s Cabinet Secretary for Culture,Tourism and External Affairs Fiona Hyslop.

She said: “Alasdair Gray’s literary and artistic creativity were infused with his idiosyncratic genius – engaging, passionate and political, he certainly made his mark on Scotland.

“Lanark one of the most remarkable books I have ever read.

‘it’s only filthy in the kitchen!’

RIP Scotland’s greatest writer. A sad loss too for our Glasgow community, Alasdair often seen enjoying a book with a pint in many favourite West End pubs. https://t.co/7MPClRNk2X

“Thoughts with his family and friends at this time”.

“A sad loss too for our Glasgow community, Alasdair often seen enjoying a book with a pint in many favourite West End pubs”.

The UofG community is very sad to hear of the passing of Alasdair Gray – one of the true greats of Scottish art & literarature. He was a writer in residence at UofG in the late 70s and was always a close friend of the University. He leaves a huge legacy.

Professor Sir Anton Muscatelli, Principal of the University of Glasgow said: “Alasdair Gray was one of the true greats of Scottish art and literature.

“He was writer in residence at the University of Glasgow in the late seventies and was always a strong and close friend of the University.

“It is with great sadness that we mark his passing, but the many works he produced, from his magnificent novel Lanark to the inspiring murals that adorn the city ensure that his legacy will live on for many years to come.”