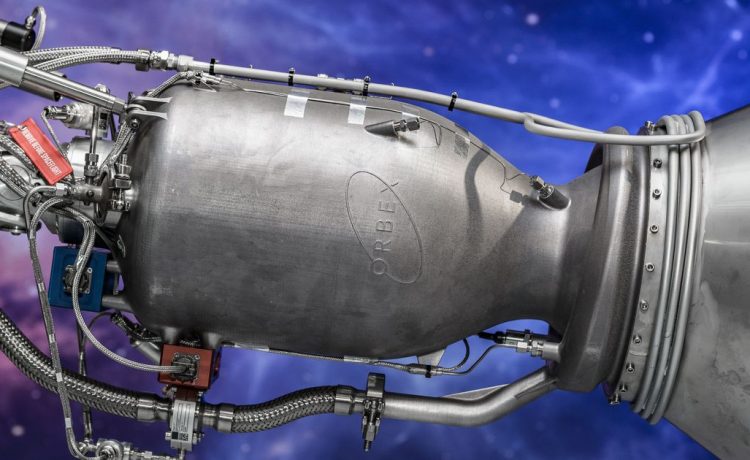 The move will ramp up production to more than 35 large-scale rocket engine and main stage turbopump systems annually, as the company scales up its production capabilities for launches.

To accommodate the new machinery, Orbex is expanding its factory floor space by an additional 1,000m².

The 3D printing system will print rocket parts using a blend of metals including titanium and aluminium, to create a lightweight system designed to withstand the temperature and pressure extremes of spaceflight.

Orbex will print components such as rocket engines as a single piece, eliminating the weaknesses which can arise from joining and welding.

The 3D printed rocket components will be critical parts of Orbex’s launch vehicle, a 19-metre long rocket, designed to deliver small satellites into polar orbits around the Earth.

The site is currently the only UK spaceport to receive planning permission, with construction expected to begin in later this year and the first orbital launch expected in 2022.

Uniquely for a commercial rocket, Orbex’s Prime is fuelled by bio-propane – a clean-burning, renewable fuel which reduces CO2 emissions by 90% compared to kerosene-based fuels. It was also designed to be re-usable, incorporating a novel recovery and reusability system.

The rocket has also been designed to leave zero debris in orbit around the Earth.

“Although our rocket engines and other critical systems are already quite mature after years of testing, a large-scale in-house 3D printing system like this gives us far greater speed and agility as we ramp up production, said chief executive Chris Larmour.

“Longer term, as we get ready for multiple launches per year, it will give us greater control over our costs and supply chain.”

AMCM managing director Martin Bullemer commented: “Investing in a large-scale 3D printing system like this says a lot about Orbex’s ambition in the European spaceflight sector.

“If they are to lead the European market, they need the production reliability and speed that a large-scale 3D printing system like this will give them – and although this is a major purchase, it will allow for significant cost control for Orbex in the years to come.”

Orbex recently announced that it had secured $24m in a funding round led by investment firm BGF and venture capital company Octopus Ventures. This comes in addition to previous investment from Heartcore Capital, Gründerfonds and Elecnor.

The additional funding has enabled technology employment opportunities and large-scale production facilities in the Highlands of Scotland.