Police in Scotland will soon be equipped with ‘cyber kiosks’ that will allow them to scan devices like smartphones, tablets, and laptops for evidence while on location at a crime scene.

The kiosks are essentially mobile computer stations with a proprietary program to guide an authorized operator through the process of inspecting the device’s data.

Kiosk operators can plug any supported device into the kiosk with a standard USB data transfer cable. 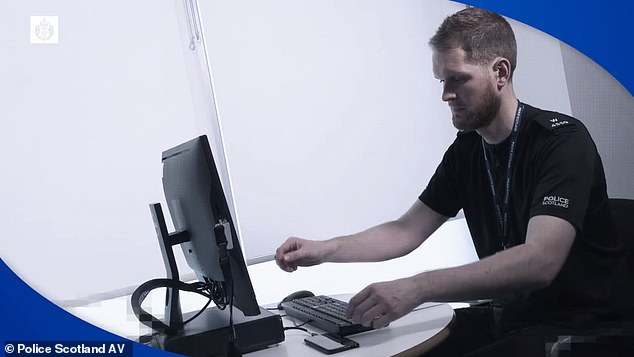 The system will allow operators to look at data from a device’s onboard storage, SIM card, or a micro-SD card.

With the click of a button, operators will be able to further isolate a device’s contacts list, text messages, calendar data, pictures, audio files and music, videos, call logs, saved documents, and even ringtones.

READ  Today’s wine ‘made with grapes unchanged since medieval times’

The current process for reviewing on-device data could last for several months as devices were retrieved at crime scenes and sent to special labs for further analysis, which would leave both suspects, victims, and witnesses subject to the same frustrating wait times.

‘The introduction of cyber kiosks will enable us to quickly identify if a device contains material related to an investigation,’ a video from the Scotland Police explains. 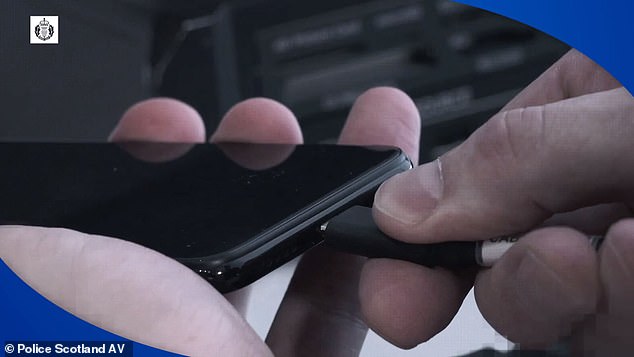 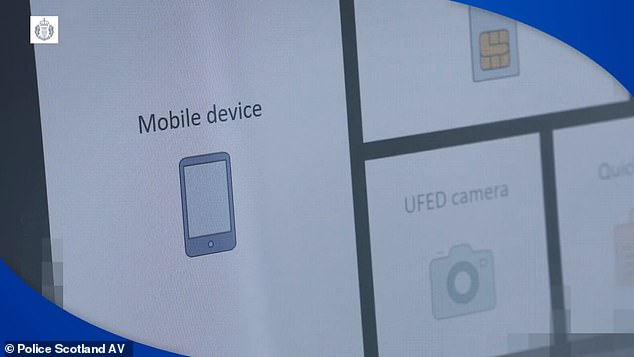 The proprietary software in the kiosks will let investigators look at onboard storage, SIM card data, micro-SD contents, and even camera phone information 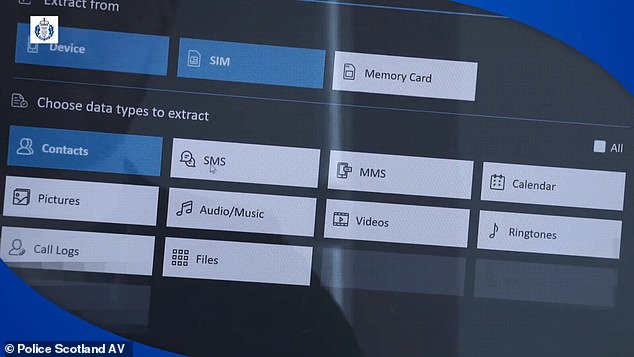 Investigators will be able to browse through contacts lists, text messages, pictures, call logs, and even ringtones 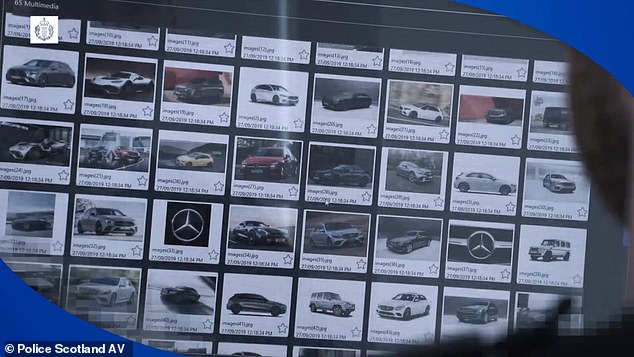 HOW DOES THE CYBER KIOSK WORK?

The cyber kiosk is a mobile data scanning setup that will allow police to review data on phones, tablets, and laptops while in the field.

The police say none of the data reviewed through the kiosks will be saved.

Instead, an investigator will review the device’s data to quickly determine if there is anything relevant to the investigation on it.

If there is relevant information, it will be forward to a cybercrime unit for full analysis.

The only data the kiosk will log are the name of the kiosk operator, date and time of the device scan, and the amount of time spent looking at the device.

‘It means the device can be returned to its owner sooner. This minimizes intrusion and provides a better service to the public.’

The police insist that kiosks won’t be able to actually store any of a devices data, only give investigators on the scene a tool to quickly look through devices to determine whether there’s anything relevant to the crime on them.

Investigators won’t be able to operate the kiosks directly and will instead work in tandem with a dedicated kiosk operator, who’ll manage the process.

If an investigator determines a device has relevant data, they’ll be required to complete an examination request form explaining the crime and why the onboard data is important enough to the investigation to justify temporarily confiscating a person’s device.

If the request is approved, they’ll confiscate the device and forward it to a cybercrime unit for full analysis.

After the device being scanned is disconnected, police say the only record kept from the session will be the name of the kiosk operator, the date and time of the examination, and the length of time it took to complete.

There will be 14 total kiosks available to the police to start, and they’ll be introduced starting on May 1.