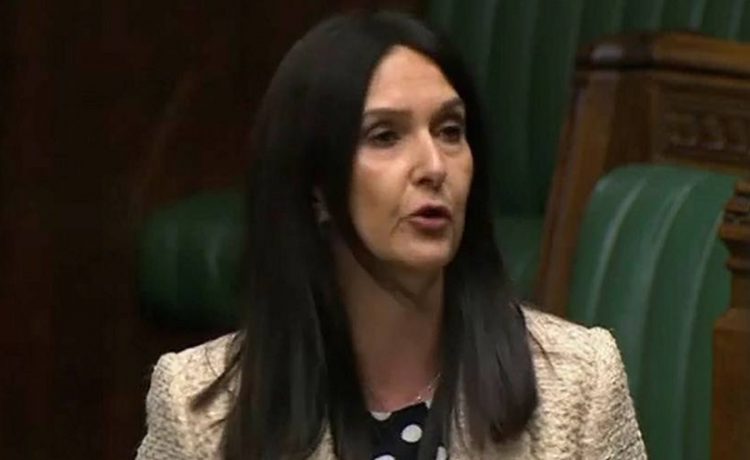 Ms Ferrier, who has rejected calls to stand down as an MP, was suspended from the SNP party whip at Westminster in October over her decision to travel by train between London and her constituency near Glasgow after the result of the test.

“We can confirm that officers today arrested and charged a 60-year-old woman in connection with alleged culpable and reckless conduct,” said Police Scotland, the national force. “This follows a thorough investigation . . . into an alleged breach of coronavirus regulations between 26 and 29 September 2020.”

Ms Ferrier did not immediately respond to a request for comment on the charge against her.

In October, Ms Ferrier apologised on Twitter for her actions after experiencing coronavirus symptoms and taking a test. Ms Ferrier subsequently travelled to London and gave a speech in the House of Commons after which she was informed she had tested positive. She then used public transport to return to her constituency the next day. “There’s no excuse for my actions,” she said in her statement at the time.

Nicola Sturgeon, SNP leader and Scotland’s first minister, and other party leaders have called on Ms Ferrier to quit as a member of the UK parliament.

The Scottish Sun newspaper in October quoted Ms Ferrier as saying in an interview that after finding out she had coronavirus she had “panicked” and that the virus had made her “act out of character”. She added that she felt she had been “hung out to dry” by the SNP after party colleagues learned she had coronavirus.

Earlier last year, Ms Ferrier had called for the sacking of Dominic Cummings, prime minister Boris Johnson’s former top adviser, arguing that he had broken lockdown restrictions by travelling to the north of England when he was meant to be self-isolating and that he had “undermined the sacrifices” made by the public.

“The public health advice is crystal clear,” Ms Ferrier’s local newspaper, the Rutherglen Reformer, quoted her as saying in May. “Anyone with coronavirus symptoms must self-isolate . . . They should not leave the house for any reason.”

Scottish opposition politicians have repeatedly called on the governing SNP to take stronger action against Ms Ferrier and for her to resign as an MP.