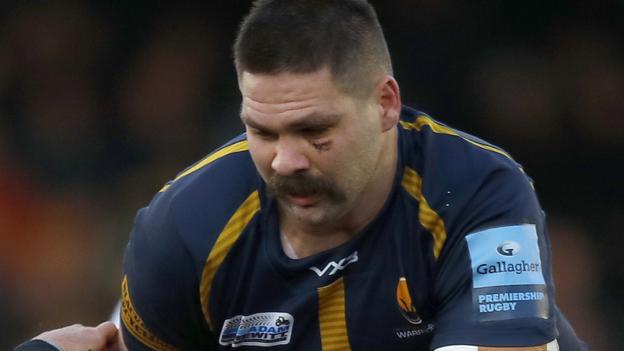 Scotland back-row forward Cornell du Preez has extended his contract with Premiership club Worcester Warriors until the end of the 2021-22 season.

He missed the majority of his first season at Sixways after fracturing his larynx on his debut against Wasps – an injury that left him unable to speak.

“It was an easy decision. The club have looked after me pretty well, especially when I was injured,” said du Preez.

“I just felt it was the right thing to do. I think this club has a lot of potential and it’s something that I want to be a part of.”

The South Africa-born forward is the 11th Warriors players to sign a new deal since November.

READ  Bury: EFL suspends second League One game of season against Accrington Stanley
Share on FacebookShare on TwitterShare on PinterestShare on Reddit
newsgrooveDecember 30, 2019