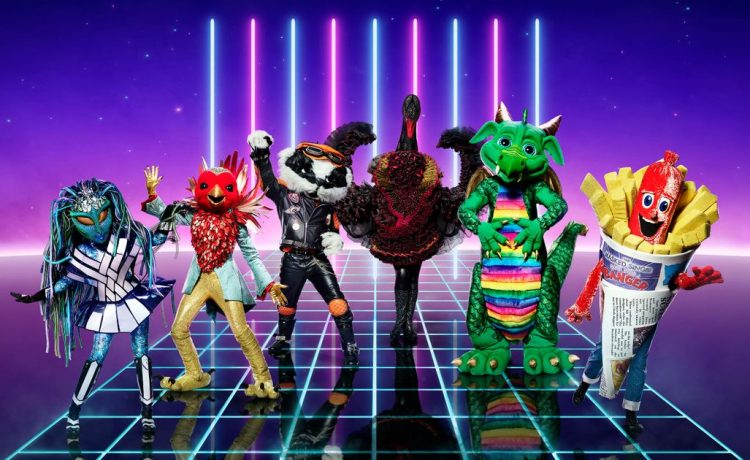 With celebrities hiding behind costumes and in self-isolation, and the audience in bubbles, no wonder the Scots boss of TV hit The Masked Singer says: “The world has caught up with the show.”

Derek McLean, who runs TV company Bandicoot, based in Glasgow’s Govan, has revealed the huge logistical challenges involved in making the second series of the guessing game, which kicks off on Boxing Day.

The 12 secret celebrities will be singing to win behind costumes including Sausage, Dragon, Swan, Viking, Bushbaby, Grand-father Clock and one just known as Blob. The prize is The Masked Singer crown, won last year by Nicola Roberts as Queen Bee.

Derek, 48, from Ayr, said: “It’s the perfect programme for PPE and we had it all bought. The world has caught up with the show.”

Given the secrecy involved in the series – where the public have to guess who is behind each of the masks – there was always a level of self-isolation and social distancing.

Derek added: “The pandemic has helped us keep things more under wraps.

“We were already a very security-conscious show and were secret squirrel about everything. But Covid helped us put a layer of control over everything.

The health and safety of the 12 – who could be anyone from singers to politicians, sports people to actors – and the crew was top of Derek’s list.

During the first series, there could be up to 10 people putting a costume on or off and others getting make-up. None of this could happen the second time around.

The costumes were still challenging. While they had been altered, they were still hot.

Derek said: “It was boiling when we were filming and the celebs were stewing. A couple of the celebrities had to have emergency ice packs put down their back to keep them cool.”

Last year, Derek promised we’d see a Scottish-themed costume as a nod to the company’s tartan roots. But while there is a dragon and a sausage supper, there’s no Nessie or haggis.

“A couple were very Scottish-themed. But, in the end, they didn’t come through this year because they weren’t the right fit for the right person.

“There is one we wanted to hold back for the right person, who might come through another year.”

Once they got the celebs, Derek and The Masked Singer team were able to keep them in bubbles but he admitted it was difficult getting the stars to sign up this year.

While there were plenty who were interested because of the success of the first series, the pandemic played havoc with celebrity diaries.

When the world went into lockdown in March, many had open diaries then restrictions were eased in the summer.

Derek and ITV had to juggle celebrities’ availability and when they should film at RAF Bovingdon airfield, near Hemel Hempstead in Hertfordshire.

He said: “We were meant to be filming in summer but the easing of the first lockdown meant some people then had to do something else and others we thought couldn’t do it suddenly said they could.

“The good thing about filming in late autumn was we could get a studio ­audience. It made a huge difference to the performers. It’s hard for people who are not professional singers if they have to sing in an empty studio with only crew cheering them on.”

The Masked Singer will be presented by Joel Dommett, with comic Mo Gilligan joining Davina McCall, Rita Ora and Jonathan Ross on the panel. This year, there will be more disguising of accents, harder clues and a new spin-off series Unmasked.

The Masked Singer is on Boxing Day, on STV at 7pm.