Scorsese's Daughter Trolls Him on Christmas with Marvel Wrapping Paper 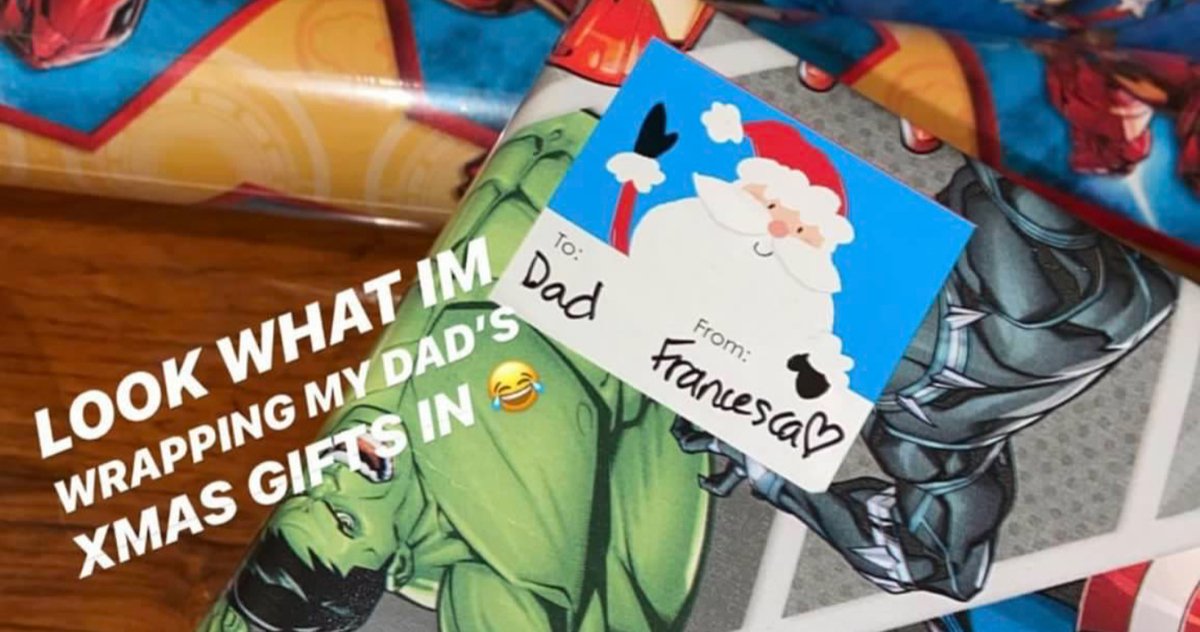 Martin Scorsese’s daughter was able to expertly troll him on Christmas day. Francesca Scorsese posted an image on a social media story of her wrapping her father’s gifts in Marvel Cinematic Universe wrapping paper. The director famously spoke out against Marvel Studios earlier this year when he claimed that their movies weren’t cinema. While many didn’t think much of the criticism, MCU fans, and actors, took notice and would not let the subject go. Scorsese ended up writing a 1,500-word op-ed to the New York Times to further detail his criticism.

People were quick to choose sides in the Martin Scorsese vs. Marvel Studios battle. The MCU is massive at this point in time, so the backlash was inevitable. In turn, Scorsese was also promoting The Irishman at the time, which meant he received far more publicity than he anticipated when he made his Marvel comments. Francesca Scorsese was just waiting in the shadows for the best time to strike, which just happened to be Christmas day.

Francesca Scorsese has been in a number of short films and has had bit parts in her father’s work. However, that may all change now that she wrapped up all of his Christmas gifts in Marvel wrapping paper. Captain America, Iron Man, The Hulk, and Ant-Man can all be seen in the photo she posted to an Instagram story, which has since gone viral. Her father may not appreciate the joke, which could cause her to lose some upcoming parts, though that doesn’t seem like it will really happen. Instead, the director more than likely had a great time laughing and then tearing open the presents, ripping the MCU to shreds.

Martin Scorsese isn’t alone in his dislike of the MCU. Francis Ford Coppola was a bit more harsh in his words when he called the movies “despicable.” Terry Gilliam also recently chimed in on the situation and says, “I don’t like the fact that they’re dominating the place so much. They’re taking all the money that should be available for a greater variety of films.” He went on to declare, “I hated Black Panther. It makes me crazy… It gives young black kids the idea that this is something to believe in. Bullsh*t. It’s utter bullsh*t.”

While a lot of people tend to agree with Martin Scorsese and Francis Ford Coppola, more than a few are pretty angry with what Terry Gilliam had to say. Some fans have even pointed out that the director’s comments could be looked at as racist. Not helping Gilliam’s take on comic book movies was his stance on the #MeToo movement, which he dismissed as “silly.” Regardless, of how one feels about comic book movies dominating the box office, it’s obviously what people want to see at this time, even Francesca Scorsese. The original story was posted on Francesca Scorsese’s Instagram, but it has expired as of this writing. You can check out a screenshot below.