Science news in brief: From ancient mummies to surfing bees 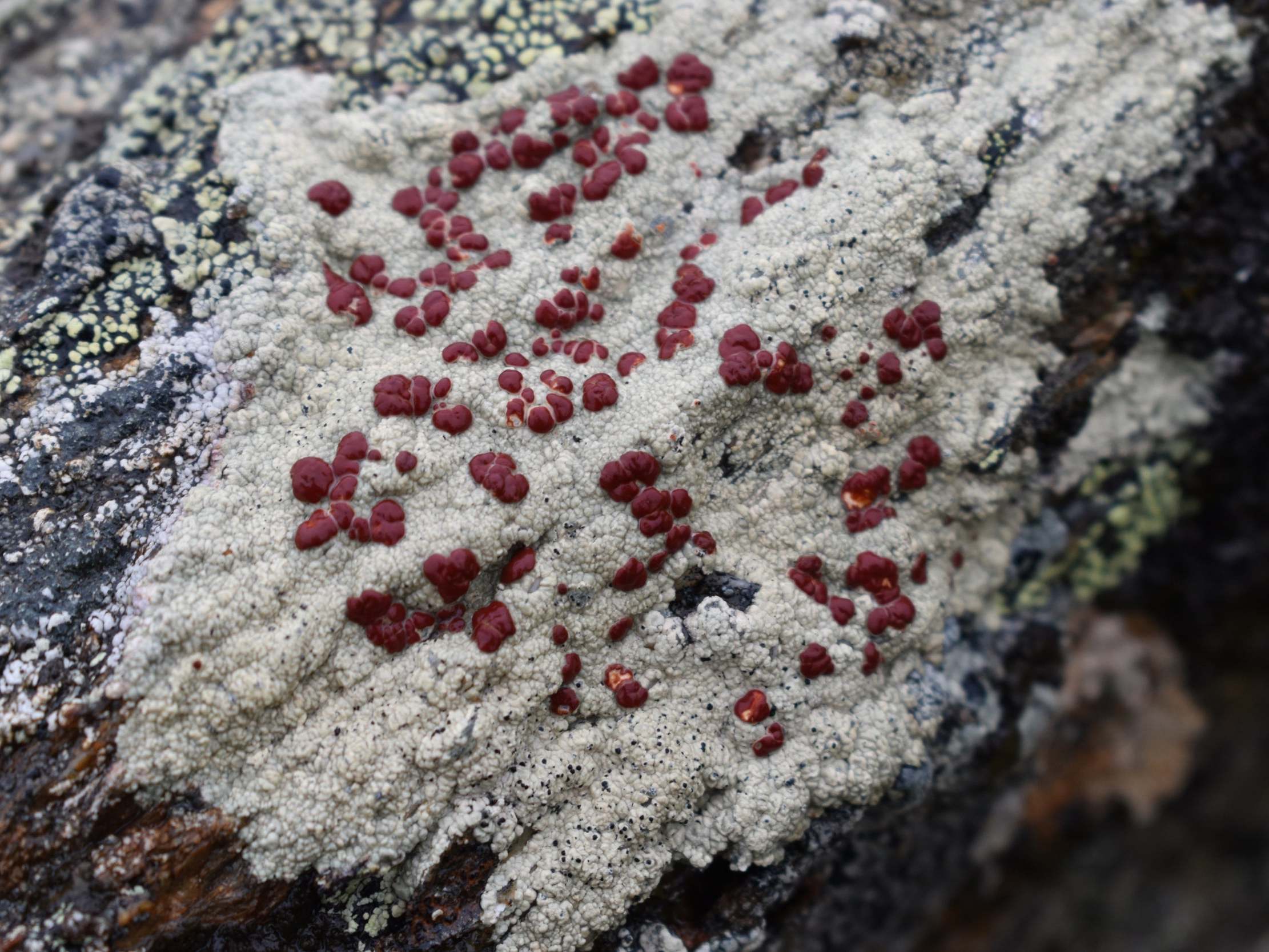 In the race to live on land, lichens didn’t beat plants

A lichen is what happens when a fungus hugs an algae and doesn’t let go. It’s a sweet arrangement: the fungus offers shelter, and algae feed the fungus. They’re still separate species, but tear them apart, and the fungi typically can’t survive. So they’ve long been studied as a single organism.

These relationships are so successful, they’ve lasted hundreds of millions of years. But they’re not as old as once thought. Contrary to conventional wisdom that lichens were some of the earliest arrivals on land, a study published in Geobiology adds to the case that lichens most likely made their way to land some 100 million years after vascular plants, such as ferns. The study’s findings upturn our understanding of deep time, the tree of life and how lichens, plants and fungi transformed Earth’s evolving climate.

“Even though they can live in these kind of really extreme areas, and they’re often some of the first colonisers, that doesn’t mean that historically they have always been,” says Matthew Nelsen, an evolutionary biologist at Chicago’s Field Museum and an author of the study.

It’s long been known that lichens were among the earliest colonisers of land. And during more than a century of study, many scientists inferred that as they moved from water to land, lichens created more hospitable settings for vascular plants.

Nelsen didn’t intend to refute those assumptions. He wanted to get to the bottom of another debate: what was the origin of the hugging habit of most lichen-forming fungi? Could this “lichenisation” be traced to a single origin, or had several fungi picked it up at different times and places over the years?

Nelsen and his team compared the ages of the group that contains 98 per cent of lichen-forming fungi (ascomycota, which includes yeast, morels and penicillium) and algae to vascular plant fossils from around 425 million years ago.

They determined that lichen-forming fungi first evolved about 250 million years ago, on average – long after those plants were rooted on land. The timing varies though, suggesting that different fungi developed their algae-hugging habits independently, and didn’t inherit it from one main ancestor.

In a study published last year in Nature Communications, Francois Lutzoni, a lichenologist at Duke University, also found that lichens evolved with or after, but not before, vascular plants. Nelsen’s study expands on this finding with additional data and evidence for the origin of lichenisation.

The source of all those winged mummies? An old theory starts to crumble

The ancient Egyptians left us with plenty of head scratching. How did they actually build the pyramids? What’s inside that mysterious void in the Great Pyramid of Giza?

Then there are the deeper cuts. For example: where did Egypt get the millions of African sacred ibises that they mummified as offerings to the god Thoth?

Experts have put forth a number of explanations, including large-scale ibis breeding farms. DNA analysis from a study published in the journal PLOS One undercuts that hypothesis and may help archaeologists get closer to solving the riddle.

Egyptian catacombs are filled with mummified animals. Priests prepared the mummies, decorated them and sold them to the public at various price points.

Experts say people bought them to show their gratitude to the gods or to enhance their prayers. It was similar to “going to church and offering a candle”, says Sally Wasef, a paleogeneticist at the Australian Research Centre for Human Evolution at Griffith University, and the lead author of the recent paper.

If you climb down into a particular section of catacombs at Saqqara, Wasef says, “the rooms are filled from floor to ceiling” with mummified ibises once proffered to Thoth in hopes the deity would help devotees improve their writing skills or take down a nasty boss.

African sacred ibises have been extinct in Egypt since the 19th century – so it’s difficult to know whether they ever flocked there in great enough numbers to keep up with demand, although they maintain large populations elsewhere in Africa today.

To answer this question, the researchers took tissue samples from a number of different ibis mummies.

The team was able to sequence the complete mitochondrial genomes of 14 mummified birds.

If the ibis mummies had been domesticated, those genomes would probably have a lot in common with each other, like “chickens from the same farm”, Wasef says.

Instead, the mummy DNA showed a lot of variation – about the same amount found in African sacred ibises today.

The variation is equivalent to “what you’d see in a wild population, freely moving and freely interbreeding” she says, and undercuts the domestication theory. Salima Ikram, an animal mummy expert and another of the study’s authors, cautioned that “many more tests need to be done” before the idea of ancient Egyptian ibis farms can be dismissed.

This volcano destroyed an island, then created a new one

Lateiki was a tiny island in the archipelagic Kingdom of Tonga, formed in 1995 by an ebullient submarine volcano. Last month, that underwater firestarter decided it was time for some explosive redecorating.

An eruption in the southwest Pacific Ocean was first reported on 14 October by a Tongan ship. The Tonga Geological Service then scanned through satellite imagery and noticed the paroxysm, at Lateiki, began a day earlier. Over the next week or so, various vessels, flights and satellites intermittently saw an ashy plume rising from the island.

By 1 November, it was all over; Lateiki was gone, its remnants swallowed by the volcano’s erupting maw. But this loss of Tongan territory was short-lived. As quickly as Lateiki self-destructed, it was reborn as a new island roughly 400ft (120m) to the west. The new Lateiki, 1,310ft long and 330ft wide, is nearly four times the size of the old one.

Submarine volcanism can be difficult to study and observe. But Lateiki’s cycles of death and rebirth give scientists clues to the nature of the magmatic machinations below. And with improving satellite technology, they can be documented better than ever before.

The ability of Lateiki to migrate may seem strange. But new vents can pop up anywhere along the volcano’s 3-mile long, flat-topped surface, creating islands in different locations.

It is too early to forecast how long the new Lateiki will persist, says Brad Scott, a volcanologist at GNS Science in New Zealand. Until someone takes a closer look, it is impossible to say how easy it may be for the ocean, or another volcanic explosion, to take it out.

Its construction materials matter. Havre, another submarine volcano on that arc, erupted in 2012, producing a pumice raft 155 square miles across. But no island was created, because pumice, formed when lava quickly quenches in seawater and traps gas, is buoyant, not adhesive, and easily drifts away. Gloopy, degassed lava flows erupting at shallow depths are far better at building islands.

When bees belly-flop, surfing is required

Beyond pollinating flowers, worker bees – which are all females – are given the job of searching for water to cool their hives. But if they fall into ponds, their wings get wet and can’t be used to fly. A team of researchers at the California Institute of Technology found that when bees drop into bodies of water, they can use their wings to generate ripples and glide towards land – like surfers who create and then ride their own waves.

“When they fall in the water, they have to find a way to get to shore as a matter of survival,” says Chris Roh, a Caltech research engineer and lead author of the study, published in Proceedings of the National Academy of Sciences.

The researchers fashioned a wire harness to constrain each bee’s bodily motion, allowing close examination of their wings. They found that the bee bends its wing at a 30-degree angle, pulling up water and generating a forward thrust. Bees get trapped on the surface because water is roughly three orders of magnitude denser than air. But that weight helps to propel the bee forward when its wings flap. It’s a strenuous exercise for the bees, which the researchers estimate could handle about 10 minutes of the activity.

The researchers say the surflike motion hasn’t been documented in other insects, and most semiaquatic insects use their legs for propulsion, what’s known as water-walking. It may have evolved in bees, they speculate, so the workers could collect fluid without getting stuck in the water and dying. The closest motion is seen in stoneflies, but their movement is more like paddling than surfing.

Roh and Gharib plan to use their observations to design robots capable of traversing sky and sea. They have already made a mechanical model that simulates the bee’s surfing motion. Next, they will make one light enough to fly.

Something in the man’s bed was making him sick

In 2016, as the chill of the Scottish autumn set in, a 43-year-old man went to see a family doctor. For about the last three months, he was constantly tired and out of breath. The physician at the Aberdeen Royal Infirmary in Scotland thought the patient – who had a desk job and didn’t smoke cigarettes – had an infection in his lower respiratory tract.

At first the man got better. But then it got so bad that the patient had to take 14 days off work. The doctor looked at the man’s blood count, kidney and liver function, and took a chest radiograph – all of which seemed normal.

Stumped, he called his colleague, Dr Owen Dempsey, a pulmonologist at the infirmary. Dempsey swiftly called the patient, who was breathless even upon picking up the phone.

Patient histories are important, Dempsey says, so he was “suitably nosy and asking about his domestic setup”.

Was there mould? “A bit, in the bathroom.”

Oh, and was there feather bedding? The patient was surprised by this question, but it ended up being the right one: during the past year, the man had gotten a feather blanket and pillows.

When the patient returned to the hospital, Dempsey ordered a chest X-ray and performed a more specific blood test. It showed that the man had antibodies to bird feather dust, and the X-ray was consistent with a condition called hypersensitivity pneumonitis, a term used to describe lung disease caused by an allergic reaction to aerosolised bacteria and fungi.

Or in this case, dust from duck or goose feathers found in bedding. The verdict on the patient’s condition was that he had feather duvet lung, a subset of hypersensitivity pneumonitis. The account was published in BMJ Case Reports.

Feather duvet lung is a small subset of lung diseases called bird fancier’s lung, which is triggered by frequent exposure to bird feathers or droppings.

Dempsey gave the man a course of steroids to reduce the inflammation, which the patient said had a “transformative effect”. Around the same time, he threw out the down duvet and pillows and swapped them for hypoallergenic bedding. A week later, he started feeling much better.

READ  China gives the go-ahead to create a national scientific ethics board
Share on FacebookShare on TwitterShare on PinterestShare on Reddit
newsgrooveNovember 27, 2019