Schoolchildren snap off sheep horns and smash their eyes with bricks 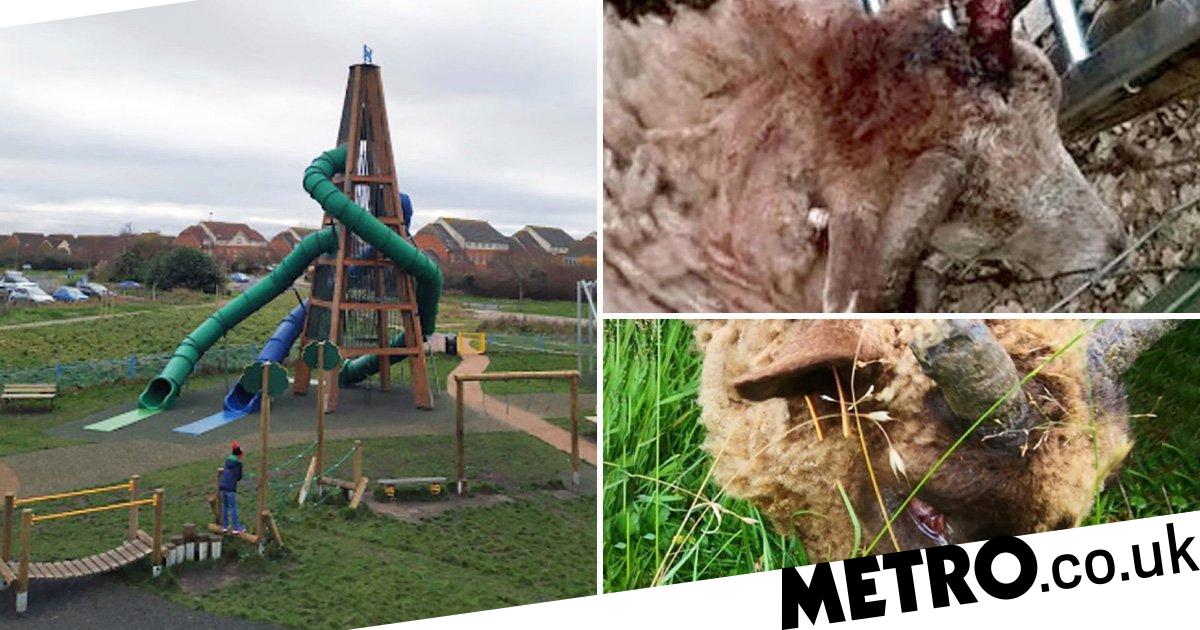 Sheep had their horns snapped off and lost eyes as a gang of thuggish schoolchildren repeatedly lobbed bricks at the terrified creatures,

The brutal attack was described as the ‘most severe case of cruelty caused by children to animals ‘ ever seen by a Country Watch expert involved in the case.

Police were tipped off to the group throwing missiles at the protected sheep as they grazed on the Alver Valley nature reserve in Gosport, Hampshire, Portsmouth Youth Court heard.

The animals were attacked, chased and hit with sticks over a number of days.

Some had their horns snapped off and others suffered serious eye injuries after bricks were thrown at them.

The youngsters – a 13-year-old boy, two boys aged 14 and a 15-year-old girl – admitted causing unnecessary suffering to a protected animal.

The oldest girl and the 14-year-old boy, from Gosport, received a 12-month referral order.

The second boy aged 14 years from Holbury, New Forest, received a 12-month youth rehabilitation order and the 13-year-old from Gosport received a nine-month extension to a current three-month referral order.

The four children were each ordered to pay £85 compensation and £85 each in costs.

Following the sentencing, Country Watch investigator Anna Presswell said: ‘These incidents were truly shocking and from my experience this was the most severe case of cruelty caused by children to animals that I have seen.

‘What struck me most about this case is the effect it had on all officers and staff involved, from those who first attended the scene to the team that brought this to court. All were equally appalled by what they had come across.

‘The animals were seriously hurt, with one losing its eye completely, and all were visibly shaking and panting when police arrived.

‘I am pleased that this case has now concluded, and I hope this sends a message to anyone in the community about the consequences of animal cruelty.’

READ  Rabbits ‘deliberately infected with cholera in secret tests’ at universities
Share on FacebookShare on TwitterShare on PinterestShare on Reddit
newsgrooveNovember 30, 2019